George Shaw was born in Coventry in 1966. He studied at Sheffield Polytechnic and the Royal College of Art. He is recognised internationally for his paintings in enamel of the council estate of his childhood and the landscape of the English midlands. In 2011 he was nominated for the Turner Prize. He was the Associate Artist at the National Gallery 2014-2016. A retrospective of his work was exhibited at Yale Centre for British Art in New Haven in 2018. Currently he is the co-curator of The Aerodrome at Ikon Gallery in Birmingham from the 12th June until 8th September. 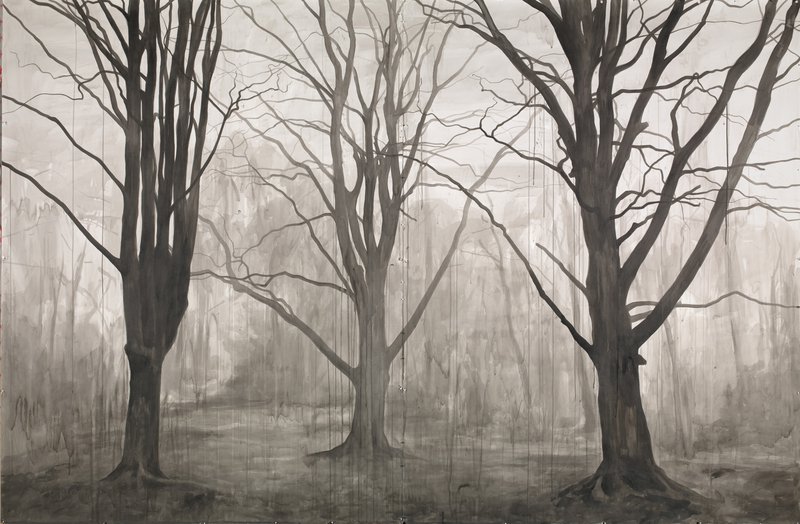 Study for Hanging Around © George Shaw