In the studio with Ann Dowker and Danny Markey

In the second of our virtual studio visits, Ann Dowker and Danny Markey reflect on their artistic practice in lockdown and on showing their work in online digital exhibitions. 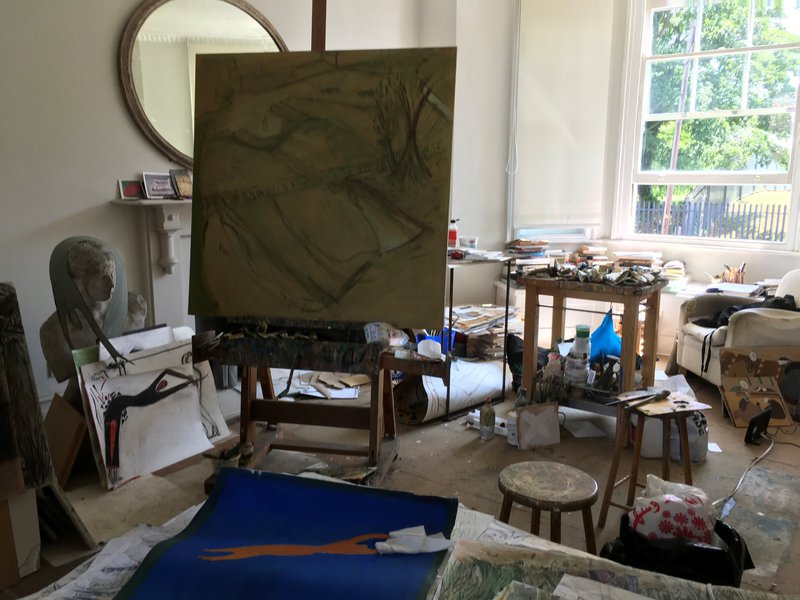 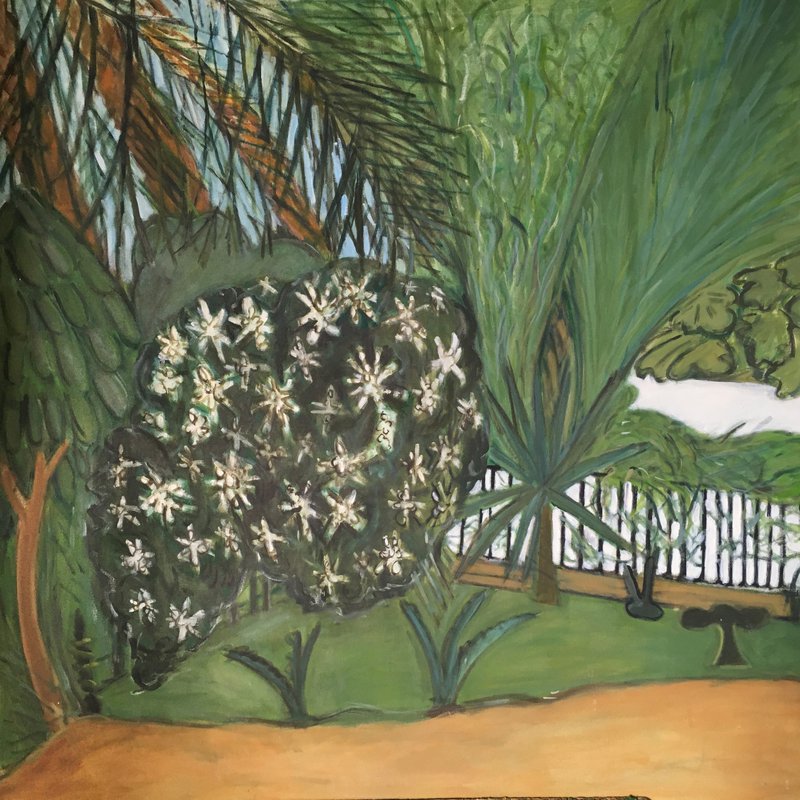 Ann Dowker is a painter, draughtsman and printmaker. She studied at Bath Academy of Art and Central Saint Martins. For ten years she taught at Chelsea School of Art and Byam Shaw School of Art, and has tutored at the Royal Drawing School since it was founded in 2000. From her North London studio she printed for many years for and with Leon Kossoff and was involved in the curating of his show at the National Gallery. Ann has exhibited with Theo Waddington, Angela Flowers, Art Space Gallery and various others. She works between London and Egypt, and for short periods has painted in France, India, Italy, Greece and Morocco. In September 2020, Ann will exhibit in a mixed show with Browse and Darby. 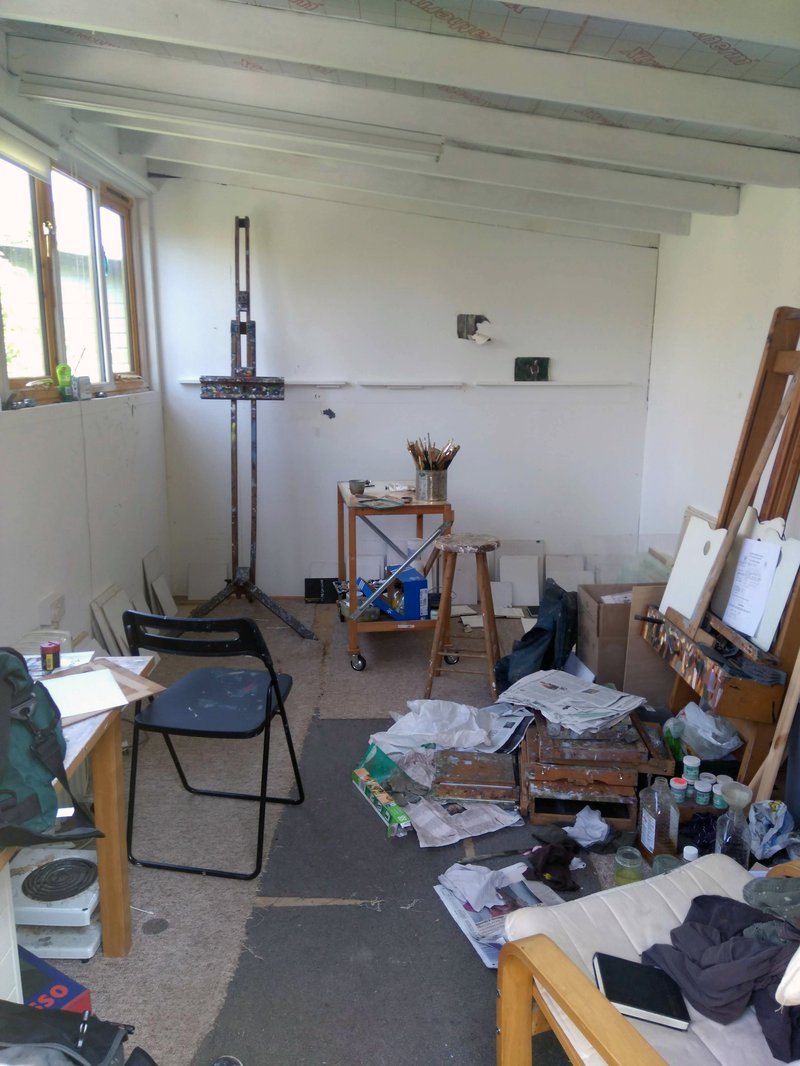 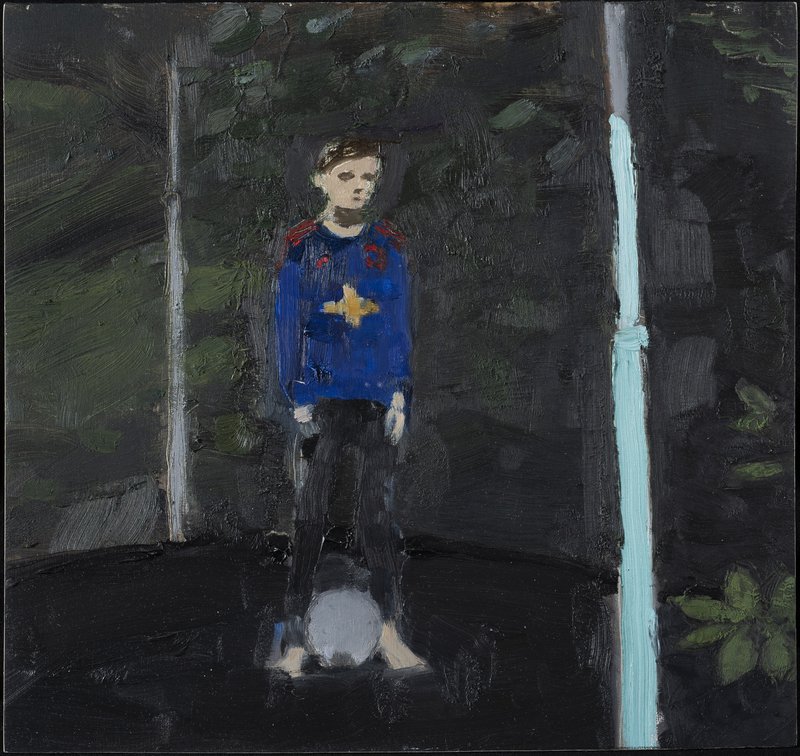 Joe on the Trampoline by Danny Markey

Danny Markey was born in Falmouth, Cornwall in 1965. He studied at Falmouth School of Art (1983-84) and at Camberwell School of Art, London (1984-87). While still a student, he won first prize at the South Bank Picture Show in 1986, and was also a prize-winner in The London Group Open Exhibition, in 1993. He has had regular solo exhibitions at the Redfern Gallery since 1992, and a retrospective of his work was staged at the Old Jail Art Center in Albany, Texas, in 1997. Recent group shows include John Moores Liverpool Exhibition (2012),  Lynn Painter-Stainers Prize (runner-up in 2013 and 2015) and Discerning Eye (regularly from 2000 onwards, when his work was first selected by Michael Parkinson). Most recently, Danny appeared in Towards Night, a large-scale survey show at Towner Art Gallery, Eastbourne, in 2016. This coincided with a retrospective of night paintings and works on paper, at the Redfern, described in The Financial Times by Jackie Wullschlager as 'nocturnes that are both dystopian mysteries and particular, evocative descriptions of time and milieus'.