Martin Clayton LVO, FSA studied Natural Sciences and History of Art at Christ's College, Cambridge. Since graduating in 1990 he has worked in the Print Room at Windsor Castle and is now Head of Prints and Drawings for Royal Collection Trust. He has curated many exhibitions on the drawings in the Royal Collection, both within the UK and internationally, including shows on Leonardo da Vinci's anatomical work (1992, 2010 and 2012-13) and his studies of physiognomy The Divine and the Grotesque (2002), Poussin: Works on Paper (1994), Raphael and his Circle (1999), Correggio and Parmigianino (2000), Holbein to Hockney (2004), Canaletto in Venice (2005), The Art of Italy in the Royal Collection (2007-8), and Castiglione: Lost Genius (2013); in 1996 he collaborated with Paul Joannides on the exhibition Michelangelo and his Influence. Since 2002 he has also organised a series of exhibitions of Ten Drawings by Leonardo da Vinci that have now toured to 15 regional museums in the UK and have been seen by almost a million people. Currently he is working on exhibitions on self-portraiture, a 500th-anniversary show on Leonardo in 2019, and an exhibition bringing together drawings by Michelangelo and video works by Bill Viola. He is academic editor of the series of catalogues of the Paper Museum of Cassiano dal Pozzo (18 vols 1996-2015; 18 vols forthcoming) and, within that series, author of the catalogue of Cassiano's Aztec Herbal.

I am tremendously impressed by the dedication to the art and craft of drawing shown by all the students and staff of the Royal Drawing School. I work with European drawings of the last six centuries and I know how important drawing is, both as an end in itself and as the key to so many other artistic endeavours. Over the years I have seen the scope and quality of the work produced at the Royal Drawing Sschool grow inexorably, and it now stands as one of the most significant art schools in the country. 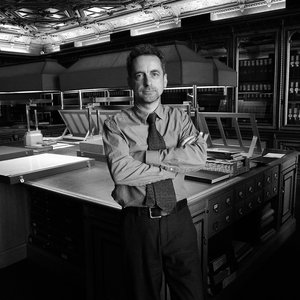