Sydney Picasso has been writing about modern and contemporary art, archaeology and style for many years. She is the co-author, notably, with Claude Francois Baudez, of Lost Cities of the Maya, Gallimard, 1986. She also wrote Picasso, as if I were a Signature, Hachette, 1996, and The Invention of Paradise: The Photographs of Paul-Emile Miot, Edition Daniel Blau, 2008. For many years she wrote for French Vogue on contemporary art, as well as for Contemporaine, Art Press, and has contributed many essays such as The Muse: Francesco Clemente, and Picasso, A Contemporary Dialogue, Andy Warhol, The Polo Paintings, Editions Thaddaeus Ropac, Ombres Portees, Porteurs d’Ombres: Three Mexican Artists, Centre Culturel du Mexique, Paris. She co-translated John Russell’s Francis Bacon, and recently, Bite by Fabrice Hergott, in Cained and Abled: The Chapman Brothers. Recently a text on Oceanic Fish Hooks, A Small Philosophy of Ones in Fish Hooks of the South Pacific, Editions Hirmer, 2012, From Silverpoint to Silver Screen in Andy Warhol Drawings 1950's, Hirmer, 2013, and Body of Proof in Su Xiaobai, Hong Kong, 2014. She was Adjunct Director of the Musee d’Art and Histoire in Meudon, and a member of URA 5 CNRS, and RCP 394 Recherches sur les Societes Amerindiennes, et sur l’Art Rupestre. She was a Research assistant at the Ecole des Hautes Etudes en Sciences Sociales (EHESS). She was President of la Societe du Jeu de Paume (1997-2004) and is presently a board member of the Amis du Festival d’Automne de Paris, the Prix de Dessin Daniel et Florence Guerlain, and was awarded Chevalier des Arts et Lettres in 1999. She is also a member of the International Councils of Tate Modern and the Museum of Modern Art in New York, and a Trustee of the China Art Foundation, UK.

Having spent the first part of my career as a researcher in the field of rock art,  studying especially sketched and engraved  prehistoric figures, drawing has been at the forefront of my reflexions for many years. In my book on Picasso "As if I were a Signature"  ( Paris 1996) I examine the value of the sketchbook collection which was largely preserved by Picasso privately and forms a major volume of work in the estate, not so much for its size, but its revelation of the artist's thought process, and the nearly intact state of each sketchbook. I have come to interview and frequent many artists over the years, and it is my personal opinion that drawing is the lifeline of the plastic arts. I have written elsewhere that it is a sort of "breathing" exercise. And although I do not judge any artist if he chooses not to draw, specifically  in any of the steps of his work, it does make me wonder. The young students of the Drawing School are inspiring because of their stated, and confirmed desire to draw. Each for different reasons has been very clear in expressing his or her goals. The "greenhouse" which the school represents is the ideal place to see these desires develop. It is a truly fulfilling experience, and I look forward to it every session. 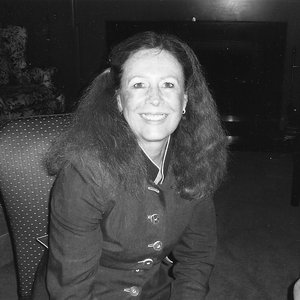