Claire Price (b.1990) has been based in Mexico City since 2016 and is originally from Exmoor in the UK. She is a graduate of the Royal Drawing School (PGDip, 2013), the University of Oxford (BA History First Class Honours, 2011), and Princeton University (Exchange programme, 2009) and studied painting with Turps Art School (2017-18). She has had solo exhibitions in London and Mexico City and group exhibitions in the UK, Mexico and the USA, including at Christie’s London and Christie’s New York. Most recently she has had a solo show at Casa Equis in Mexico, group shows with Chalton Gallery in Mexico’s metro system and at Chalton Gallery London, and participated in Mexico City’s Feria de Arte Independiente 2019 and Material Art Fair 2020

When participating in the Royal Academy Summer Exhibition she was selected by Tracey Emin in her ‘Top Picks’ for the BBC. She was awarded the Graphic Novel Prize by the Royal Drawing School and the Conrad Russell Prize by Merton College Oxford for her Art History dissertation. Collections include philanthropist Sir Michael Moritz and HRH The Prince of Wales. In 2014 she was resident artist in a pop-up drawing studio at the Royal Academy of Art in front of Michelangelo’s Taddei Tondo Other residencies include Frontera, Mexico (2018), First Food Residency, Mexico (2015), Dumfries House Residency, Scotland (2014, 2015) and the Pignano Painting Residency, Italy (2013). 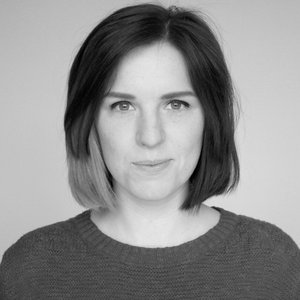