Oliver McConnie studied Art at Canterbury (UCA) and Camberwell and has had works exhibited at the Royal Academy of Arts, Somerset House and APT Gallery. His work explores the concept of the grotesque and carnivalesque. He is interested in Mikhail Bakhtin’s theory that the grotesque image is ambivalent and represents the defeat of fear by laughter. He has taken this idea into his own artistic practice and attempts to show the ambivalent nature of the grotesque image. 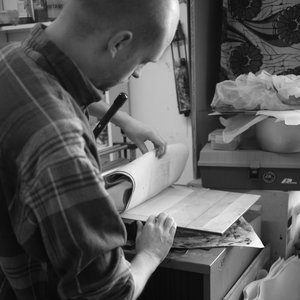