Born in Falmouth, Cornwall, 1965. Markey studied at Falmouth School of Art (1983-84) and at Camberwell School of Art, London (1984-87), where he was awarded the Richard Chamberlain Memorial Prize in 1987. He is also the winner of The South Bank Picture Show, in 1986. Markey has had regular solo exhibitions at the Redfern Gallery since 1992, and a retrospective of his work was staged at the Old Jail Art Center in Albany, Texas, in 1997. He has travelled widely, including to Tokyo in 1990, and to Palm Springs, California, in 2004.

Markey has won prizes at many open exhibitions, including The London Group Open Exhibition (1993); Discerning Eye (2011); and at the Lynn Painter-Stainers Prize (2013 and 2015). In 2016, he was selected for inclusion in Towards Night, a survey show at Towner, Eastbourne, while his solo exhibition at the Redfern Gallery featured in the ‘Critic’s choice’ section of the Financial Times.

Examples of his work are in the British Museum, London, and the Royal West of England Academy, Bristol. 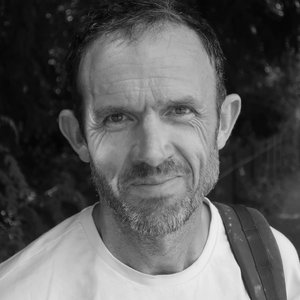