James Lloyd was born in 1971. He studied for his Foundation at Blackpool College of Art (1987-89) and BA Fine Art at Coventry University (1989-92), followed by a Postgraduate Higher Diploma at the Slade School of Fine Art (1994-96). James has had various solo exhibitions at galleries in London (Browse & Darby) and Frankfurt (Huebner & Huebner). He has also exhibited in many group shows such as 'Being Present' (Jerwood Space, London 2004), 'Direct Painting' (Kunsthalle Mannheim 2004) and 'Mythos Atelier' (Staatsgalarie Stuttgart 2012). In 1997 James won the BP Portrait Award, the Discerning Eye in 2003 and the Ondaatje Portrait Prize at the Royal Society of Portrait Painters Annual Exhibition in 2008. He was commissioned by the National Portrait Gallery to paint Sir Paul Smith in 1998, Lord David Simon in 1998 and Dame Maggie Smith in 2012. He has painted other high profile figures including HM The Queen, Lord Derry Irvine and Lord David Owen and .

I use drawing in my practice mainly in a diagrammatic role, in the sense of gaining information to be used later in a painting. I think working from life is about responding to the thing seen with your eyes by making marks with your hands and drawing is the most basic and immediate response. I draw in my portrait class and treat the drawings there as paintings really – tonal paintings done in charcoal. 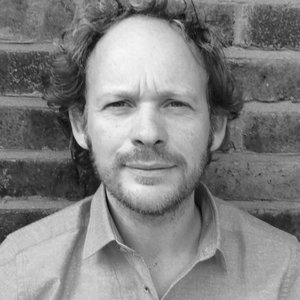