Posy Simmonds was born in 1945 and grew up in Berkshire. She studied Graphic Design at the Central School of Art in London.  In 1969, she started her first daily cartoon feature 'Bear' in The Sun, and also contributed to a variety of magazines and journals, including The Times and Cosmopolitan. She is renowned for her light, witty satire, and social observation. In 1972, she moved to The Guardian as illustrator, where she created a popular cartoon strip about middle-class couple, George and Wendy Weber.  During this time she also produced graphic novels, including True Love (1981), and Gemma Bovery (1999), an adult reworking of Flaubert's Madame Bovary. She was named 'Cartoonist of the Year' in 1980 and 1981. In 1987, she began to write and illustrate children's books, and created Lulu and the Flying Babies (1988) and the very popular Fred (1987), the film version of which was nominated for an Oscar. Her most recent books are Baker Cat (2004), for children, and Literary Life (2003). Tamara Drewe, a book inspired by Thomas Hardy's Far From The Madding Crowd, was published in 2007. 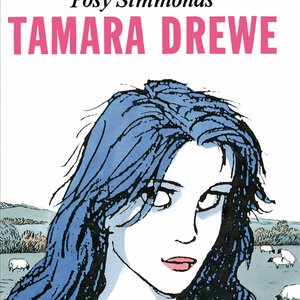