Drawing from Home: The Air around a Figure

Taken from the recent publication by the Royal Drawing School, Ways of Drawing, The Air around a Figure, is an exercise designed by faculty member Constanza Dessain that asks us to consider the atmospheric qualities that surround a sitter. 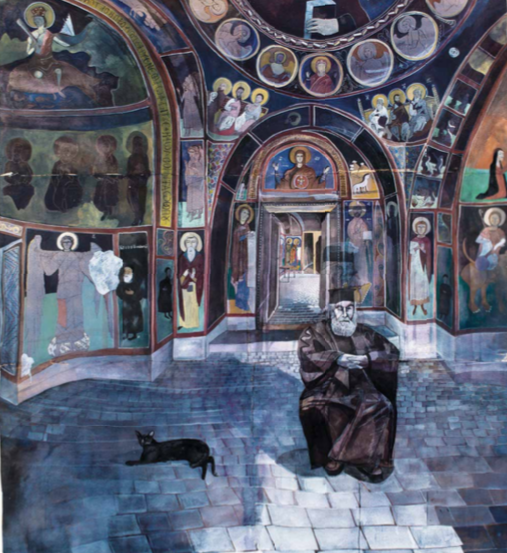 The Air around a Figure

Where: around the threshold of a building

When we draw something with enough conviction, the paper around our subject becomes air and the page becomes an inhabitable space. The most evocative drawings demonstrate not only what can be seen but also something of the invisible qualities of a place. A viewer may be able to sense its weather, its emotional atmosphere, its smells or sounds. I am thinking particularly of the dry, barren wind that blows through Goya's Witches series, or the hushed, sunlit rooms in which I imagine Ingres's sitters.

This is an exercise for thinking about the non-visual information in a drawing. It sets out to make us more aware of the 'invisible' atmospheric qualities in the drawings we make of the world around us.

Position a model in the doorway of a building, on the threshold between the outdoors and the interior. They can face wither way - you may wish to try both. 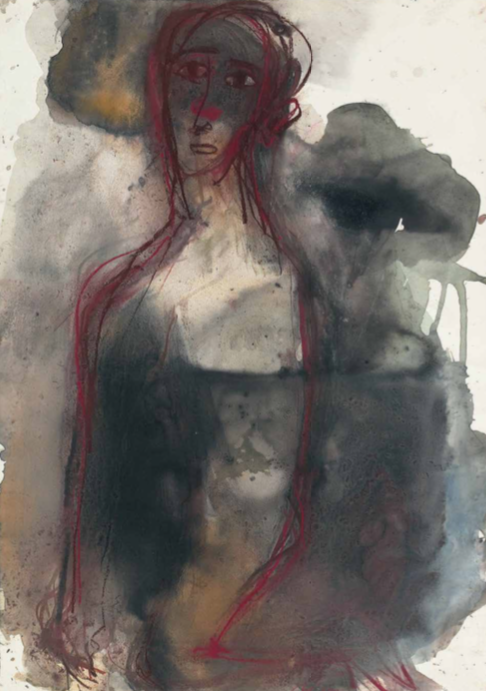 Draw the figure twice: first, situate yourself inside the building and draw the scene before you, looking through the doorway to the world beyond. Then, move outside and draw the figure from the other direction, looking back into the place where you had previously been sitting.

In each of your drawings you will depict two distinct environments. Observe the quality of light in each space. Is it artificial lighting and dusk outside? Is there a dark hallway compared to a bright street curb?

As you draw, consider the different temperatures, smells and sounds in the interior and exterior. How did it feel to sit in each space? How might it feel to be a figure crossing from one space to another?

Trust you marks to absorb these perceptions without consciously illustrating them.

Constanza Dessain studied Social Anthropology at Cambridge before going on to the Byam Shaw, Central St Martins. She worked as an art teacher for TeachFirst before starting The Drawing Year at the Royal Drawing School in 2011. Her work is concerned with moments where the artificial and the natural collide, and their inextricable nature made apparent. Working at Arcane Studios, her practice centres around etching and she is currently collaborating to produce large-scale engravings. She has shown with Bosse and Baum Gallery, Our Autonomous Nature and the Embassy Tea Gallery.