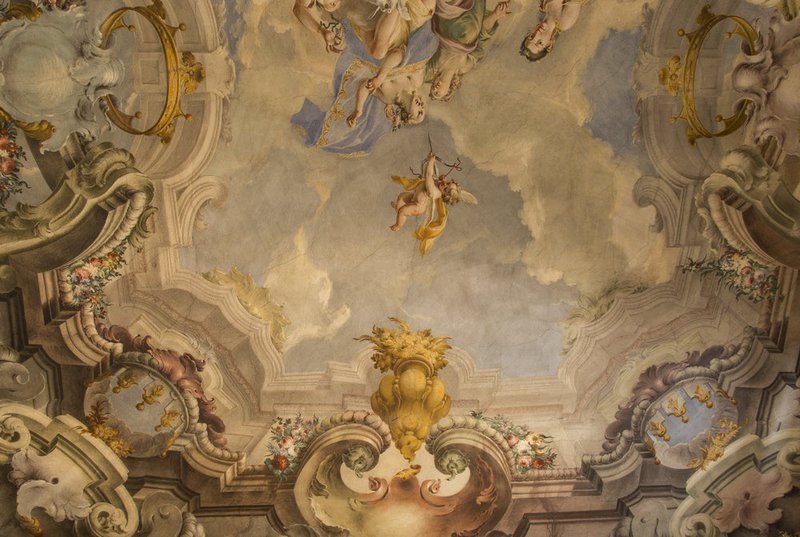 Now in it's second year, the GWA x Palazzo Monti Residency is a six-week studio residency for contemporary women artists that runs from November into December, culminating in a group exhibition. Four artists were awarded this opportunity, three of whom have recently graduated from the Royal Drawing School's postgraduate-level programme, The Drawing Year. They were joined by artist and illustrator Charlotte Edey. 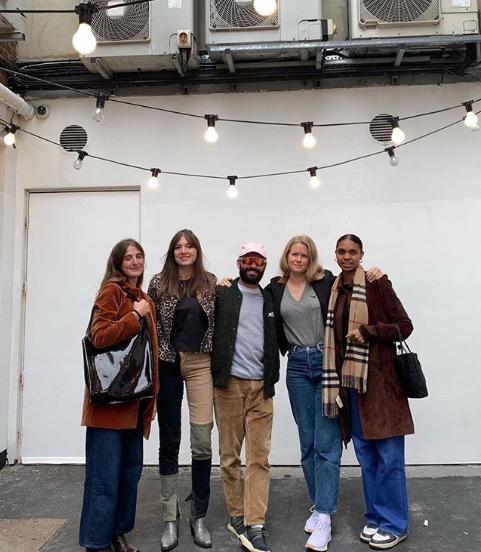 Curator and art historian Katy Hessel founded @thegreatwomenartists Instagram account (which now has a dedicated following of over 80k) as a platform for both contemporary and historic women artists, celebrating their work daily with a goal to readdress the gender imbalance in the art world. She says of this curatorial project:

'I am so delighted to be curating the second annual The Great Women Artists Residency at Palazzo Monti in Brescia, featuring the brilliant artists – and RDS alumni – Sara Anstis, Somaya Critchlow, Ella Walker and Charlotte Edey. Together their work emulates a new language of drawing, painting, and mixed-media, and I am very excited to see their work not only in dialogue with each other, but set in the context of the 17th century palazzo, which will further enhance the dialogue between their work and their classical surroundings.' 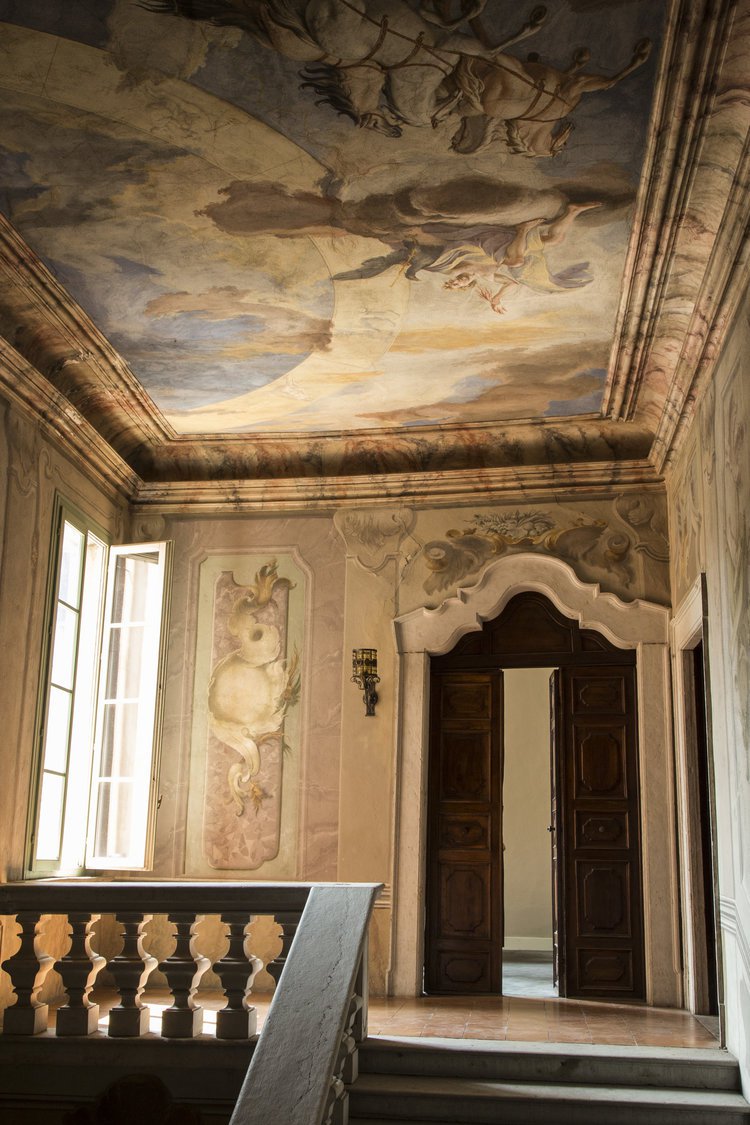 Palazzo Monti, launched in May 2017, is an Artist Residency program located in an eight centuries old palazzo in the city of Brescia, Italy. The project is completely independent from any institutions and funded by the Monti family. Artists are selected anonymously by the board based in New York, London and Italy and the programme is open to all international artists and offers the opportunity to explore different mediums. Since its foundation in March 2017, the programme has hosted over 50 artists from 34 countries.

Edoardo Monti, Director of Palazzo Monti, says of the collaboration; 'It’s been so great to collaborate with Katy Hessel of The Great Women Artists for the second year in a row. Giving Katy a space where she could invite and curate women artists has been incredibly rewarding; curators today need more than ever to be supported with real-life spaces where they can setup shows and support the artists they believe in.' 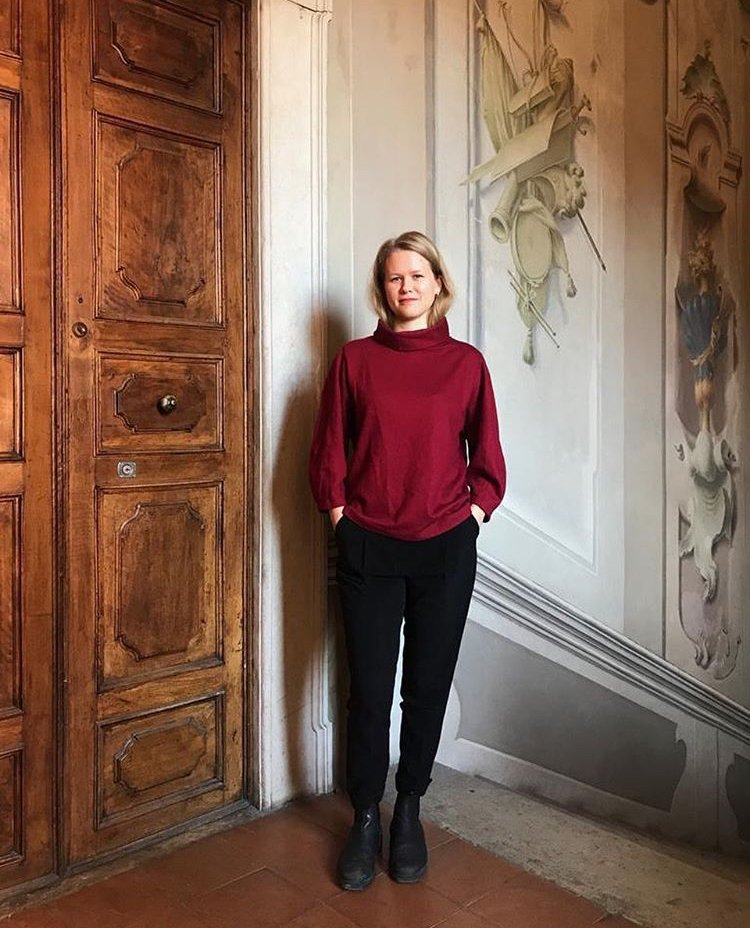 Sara Anstis was raised on a small island off the Canadian west coast and draws and lives wherever she finds good light. Her images, installations and collaborative projects take shape through an intuitive exploration of memories and desires. In her soft pastel drawings, her unruly figures can be found engaging in scenes of revelry and living tender moments within landscapes built from imagination. In this world of their own, much of their mischievousness comes from the possibility of being caught by a look.

On graduation from The Drawing Year, Anstis was awarded two Royal Drawing School residencies, the ESMoA Residency in LA, and the RISD Residency in Providence. She has recently shown her work at Fabian Lang gallery (Zurich, Switzerland); 650mAh (Hove and Brighton, UK); and Galerie Antoine Ertaskiran (Montreal, CA). 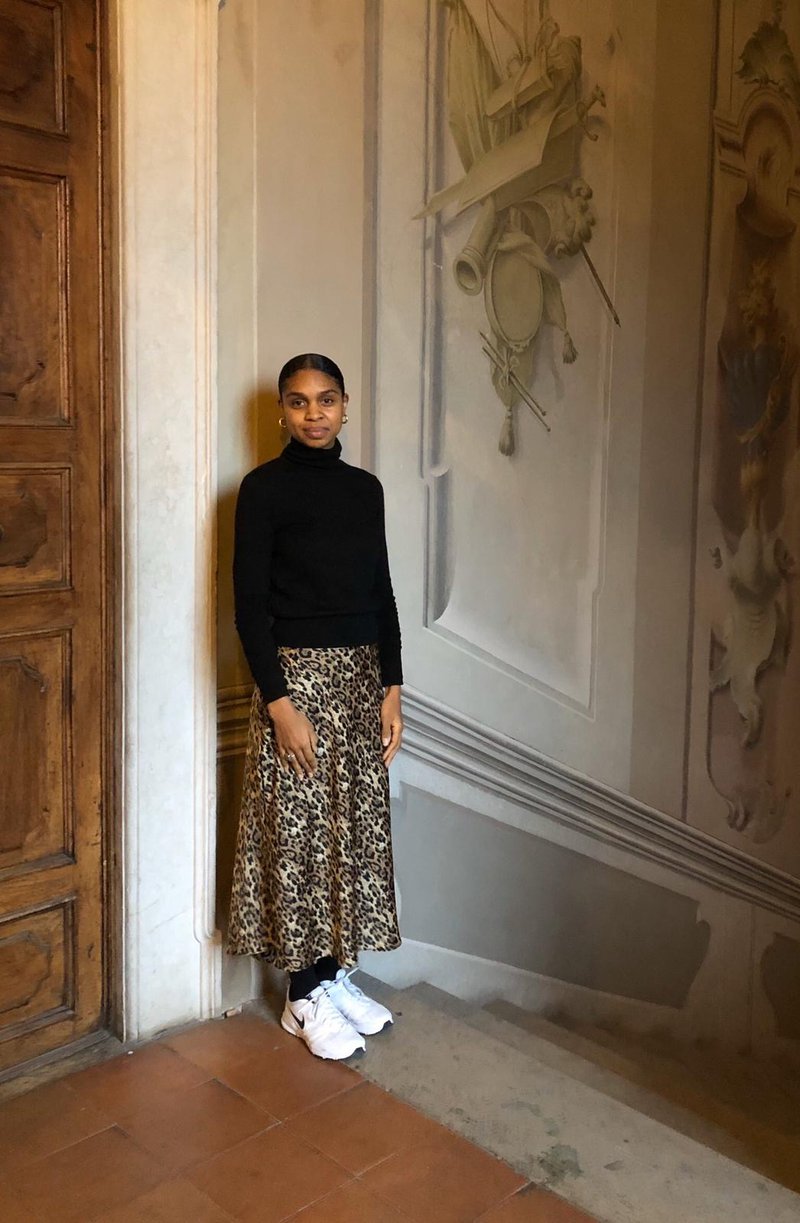 Somaya Critchlow's figurative paintings of black women explore facets of race, sex and culture through an instinctive, stream-of-consciousness process of image making. Working mostly on a small scale, her works depict bold, curvaceous and self-possessed female characters, of her own creation, that simultaneously combine and subvert the culture expectations of race, gender and power in the history of portraiture. Imbued with dark, rich hues of browns, Payne’s grey and purples, and using sensuous brushstrokes, her heroines emerge starkly against atmospheric backdrops of thinned oils evocative of classical European painting – Velázquez, Rubens et al – and David Lynch’s hazy, seedy environs. They are self-reflective and personal, and at the same time commentary of the cultural, class and political dynamics of contemporary society.

Somaya was recently included in the group show ‘They Gaze’ at James Fuentes LLC in New York and has previously presented a solo show at Efrain Lopez Projects, Chicago (2018). She had a solo show Fortnight Institute, New York, in October 2019 and will be exhibiting in group shows at Maximillian William, London and Marianne Boesky Gallery, New York, in 2020. 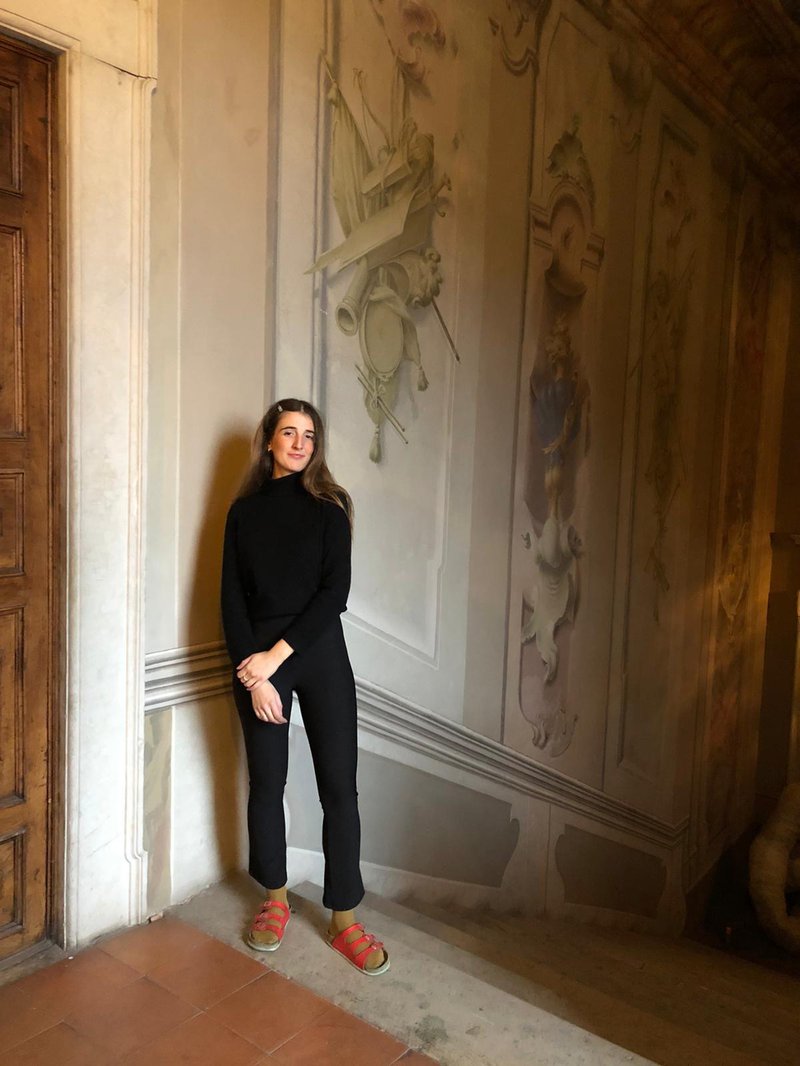 Painting, drawing, and fresco, form the foundation of Ella Walker's practice. Her repertoire of works are contemporary concepts that explore medieval narrative and costume with compositions that are tightly framed, shallow spaces that suggest constant interplay between the realms of drawing, painting and design.

Ella Walker graduated with a BA in Painting and Printmaking from Glasgow School of Art in 2015, before attending The Drawing Year in 2017. On graduating The Drawing Year Ella was awarded the Jack Goldhill Prize in Drawing and also won the Richard Ford award to study at the Prado, Madrid in September 2019. Ella has a solo exhibition at Huxley Parlour, London in 2020.

An exhibition of work by all four artists opens on Saturday 14 December 2019 at Palazzo Monti, Brescia, Italy from 6-8pm.