Emilie Gossiaux, a deaf and blind artist from the Yale School of Fine Art, was awarded a month-long residency at Dumfries House as part of the School's International Residencies Programme. 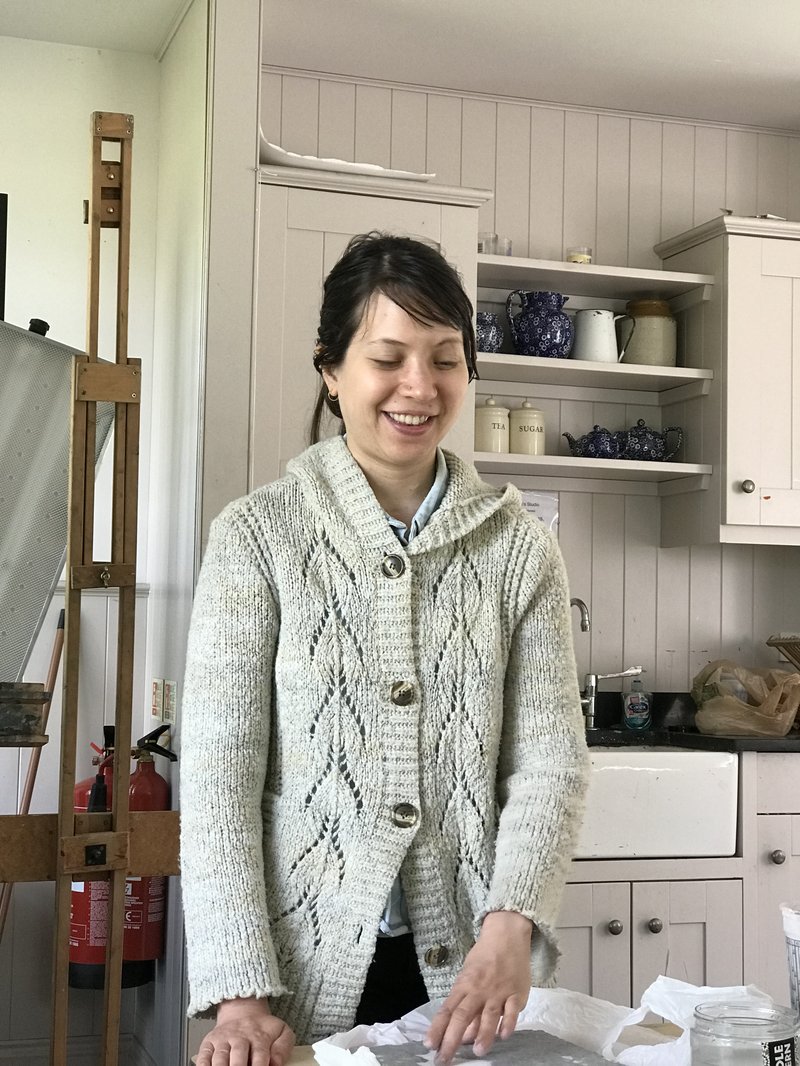 When I first learned that I had been awarded the Dumfries House Residency, I imagined that I would be spending a large chunk of my summer sequestered away in the green hills of rural Scotland... and I did. But Dumfries House turned out to be so much more than just an idyllic Scottish hideaway nestled at the bottom of a wooded valley.

Before we (me, my guide dog London, and my boyfriend Kirby) arrived, I didn’t quite know what to expect. We flew into Edinburgh from where we caught a pair of buses that eventually deposited us in Cumnock, the closest town to Dumfries, bleary eyed and exhausted. On the bus ride over, I remember some Scottish people who tried to talk to us. They meant well, but with both of our minds addled by jet lag and culture shock, we couldn’t make sense of what they were trying to say. I’ll admit that I was a little overwhelmed then. But I didn’t have to be. We stepped off the bus into what I’m told was a brilliant blue day and we were quickly met by Janet Casey, the first in the never ending stream of kind, thoughtful, and accommodating Dumfries House staff. 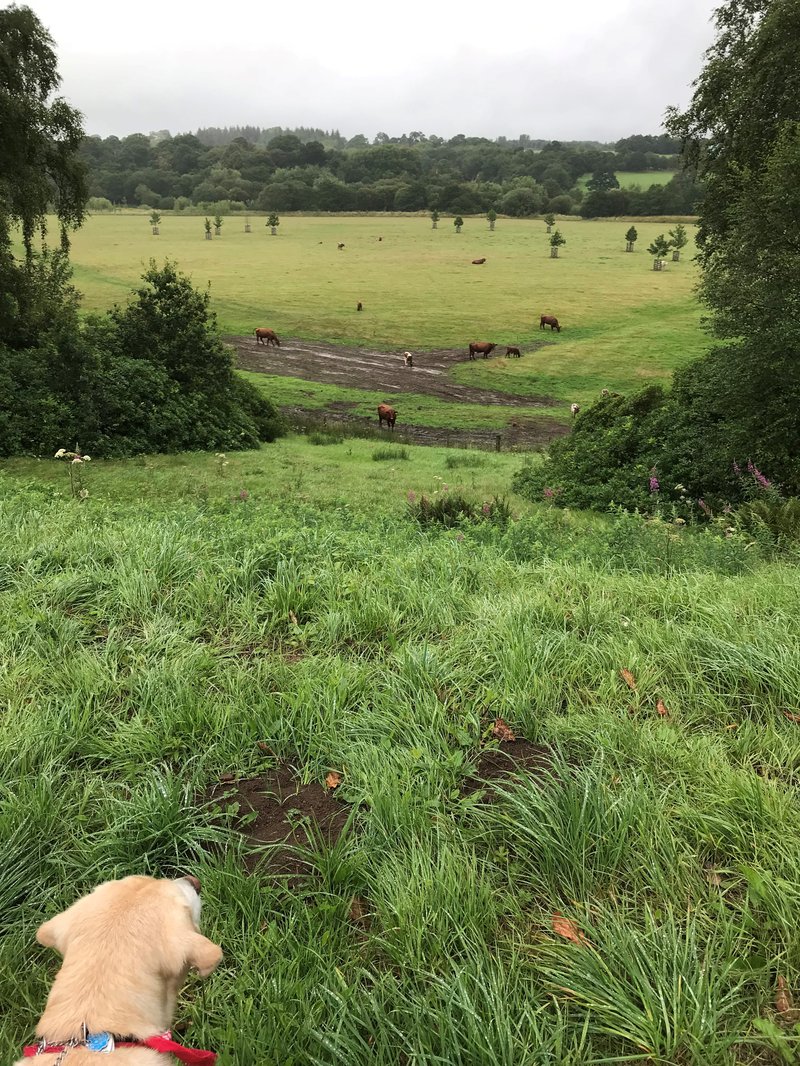 I spent those first few days at Dumfries catching up on sleep and becoming familiar with my surroundings. My studio, on the ground floor of the repurposed laundry, was perfect in every way. It was big enough for me to spread out and work on multiple projects at the same time. Even now, five months later, I still think of it fondly, wishing that I could just have a few more days in it. 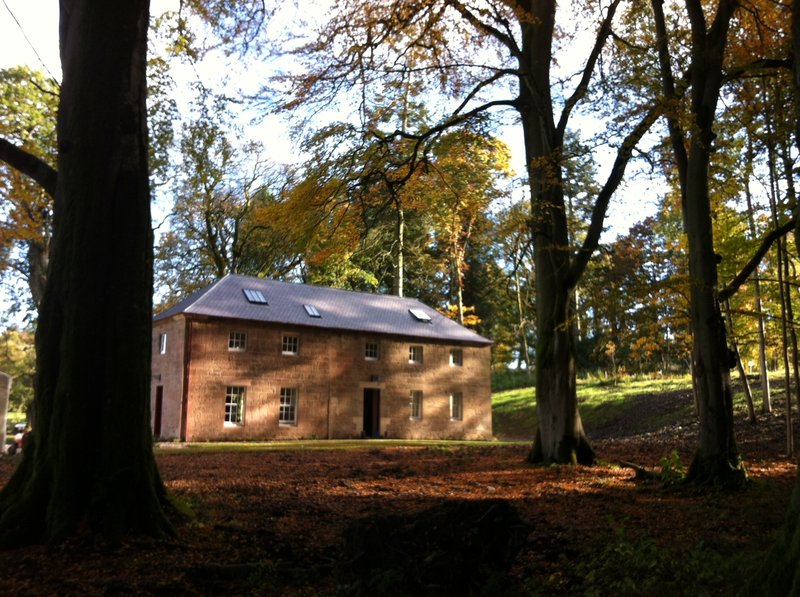 After the initial shock of flying half a world away to a strange (but oh so friendly) land, art work seemed to flow out of me. Drawings, paintings, and sculptures, I had trouble fitting all of the work that I made into my suitcase when it was time to go home. And after a long day in the studio, punctuated by lunch and, if I was lucky enough to take another break before the cafe closed, afternoon tea, I would return “home” to our little apartment where I would eat dinner with my fellow residents. For one, all too short month while I was at Dumfries House, this was how I lived. It was my own little slice of paradise.

But the studio and the apartment and the lunches from the cafe were only part of my time in Scotland. The other part began right outside the apartment and extended as far as Troon, Glasgow, and Edinburgh. Through my fingers, I saw the colorful and fragrant flowers that grew with abundance in the estate’s garden as well as beside the roads that we walked along to the nearby towns of Auchinleck and Cumnock. I heard the moos of cows and the bleats of sheep along these same roads. And I chatted with curious and friendly locals that I met in the evening as they walked through the estate. 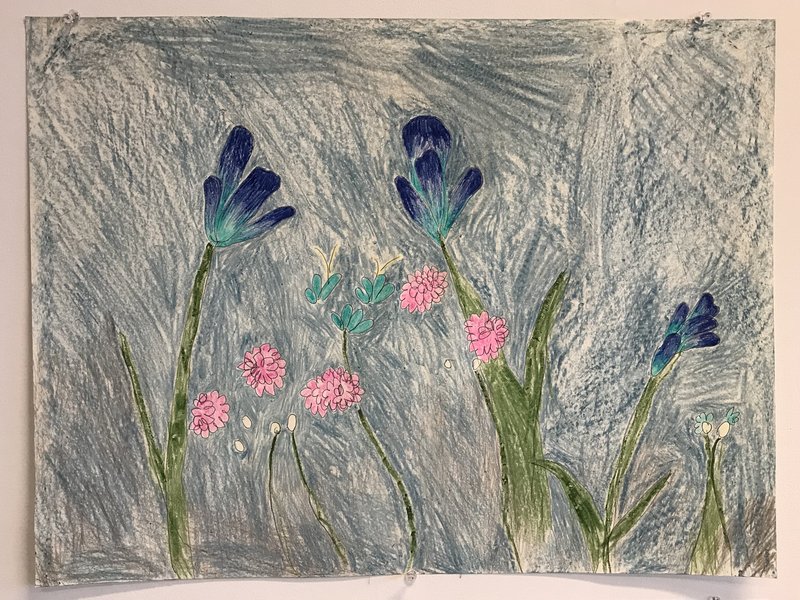 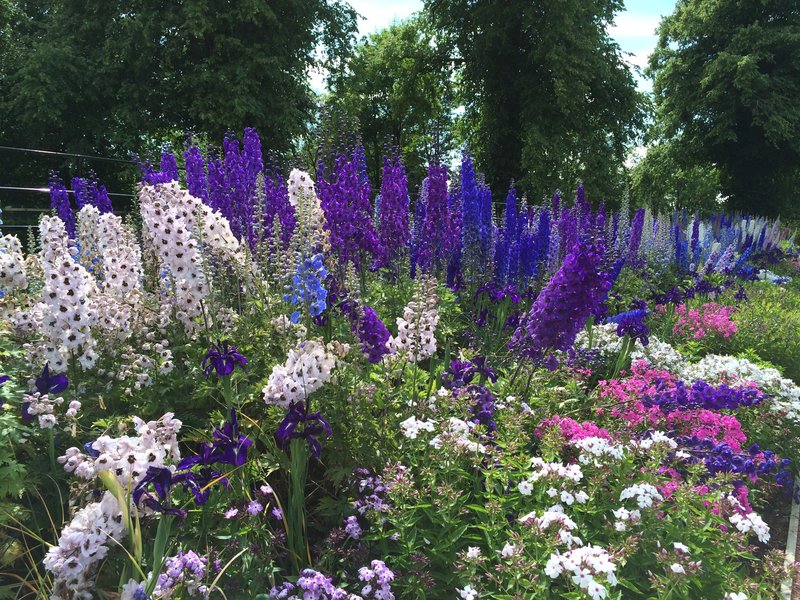 And I ate, oh how I ate while I was in Scotland. I’m not sure which meal stands out the most in my mind, it could be the lobster that I had in the seaside town of Troon on my 29th birthday, or it could be the full Scottish breakfast that my boyfriend and I had at the small cafe that we discovered in Auchinleck, maybe it was the curry pizza that we had delivered from the Indian takeaway in Cumnock, but it also could’ve been the duck wraps that I picked up from the local Asda. In the end, it doesn’t matter which one was my favorite because the food wasn’t what I remember most from my time in Scotland. 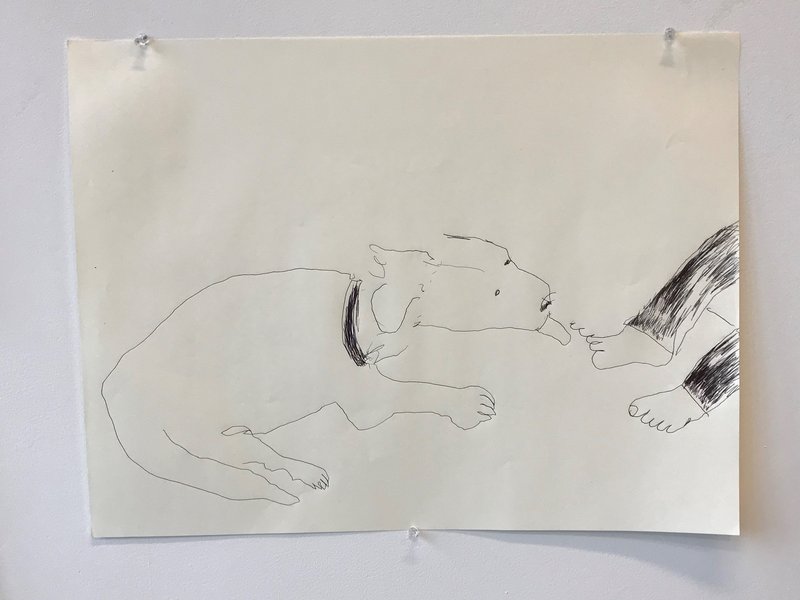 That honor belongs to the people. Even before I left the United States, the wonderful staff of Dumfries House were already communicating with me, making sure that I felt comfortable and secure in coming. This personal touch didn’t end when we arrived. If anything, it only became stronger. Never once did I feel unwelcome or intimidated to be so far away from home. It is the people of Scotland, and Dumfries House in particular, that I remember most. Even on that first day, when I was fighting the urge to fall asleep on the bus, those friendly locals were my first taste of the warmth and friendliness that I would experience over and over while I was in Scotland. 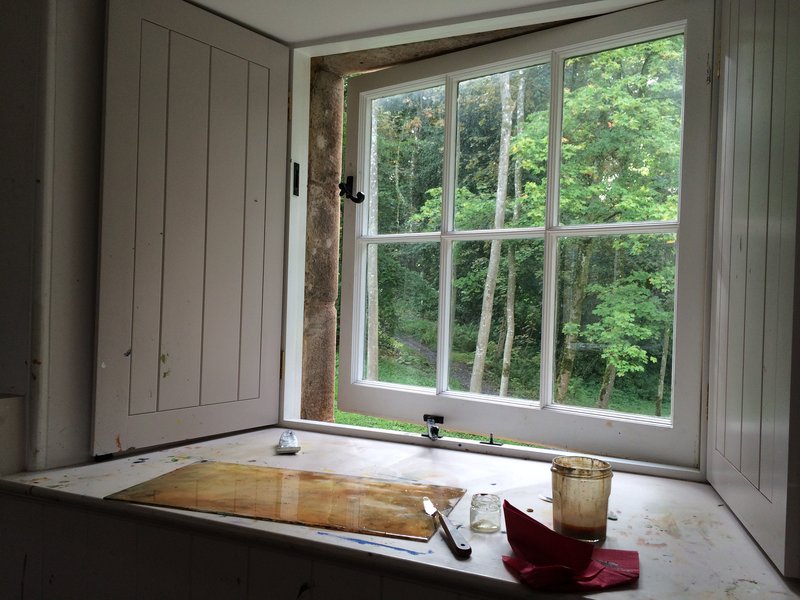 A final note, for an American such as myself whose everyday needs to start with a warm cup of coffee, it was the kindest of gestures that the apartment’s kitchen was furnished with a French press. Thank you a thousand times for that.

So yes, Dumfries House is a growing collection of beautifully restored buildings as well as the owner of much of the world’s Chippendale furniture (along with so many more pieces of art and furniture that I sadly did not get to spend enough time with). It is also a tourist magnet that meant that each and every day that I was there (yes, the rainy ones too and there were quite a few of those), it was never all that quiet. But it is so much more. Dumfries House is beautiful, Dumfries House is... well, I miss it often, maybe one day I will be lucky enough to get to go back and experience it all over again. 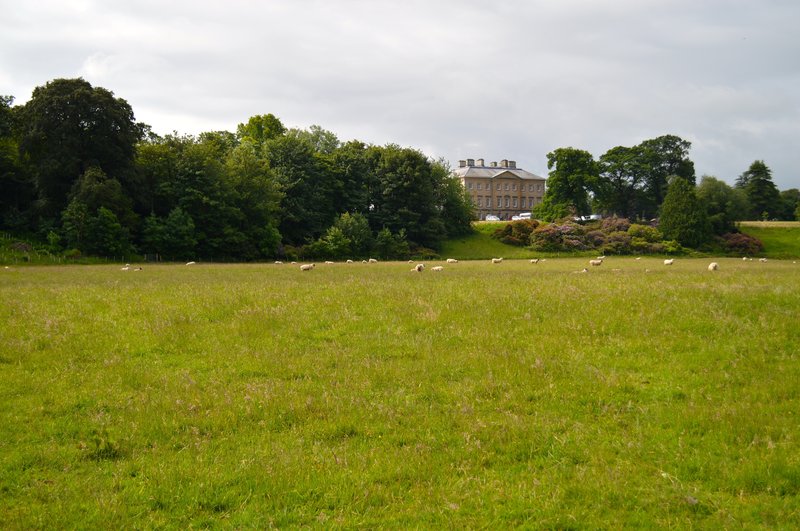