Painting: Portraits and Self-Portraits tutor, Ian Rowlands discusses why you might want to use a subjective palette when painting a portrait and how to choose it.

A subjective palette is influenced by feelings, preferences or tastes when compared to an objective one which is informed by visual perception. Using a subjective palette has great advantages when painting portraits and self-portraits. Firstly, it allows you to work from drawings or photographic images and to design your own colour space without prejudice. Secondly, it provides the potential to create a more emotionally charged image. Freedom in other words.

The main challenge in this way of working is the lack of limitation – which colours to use?

Working with a palette based on colour relationships within the spectrum is a great starting point. Identify a dominant colour, based on feelings or preference and think of this as a theme and a ground against which the others can react. 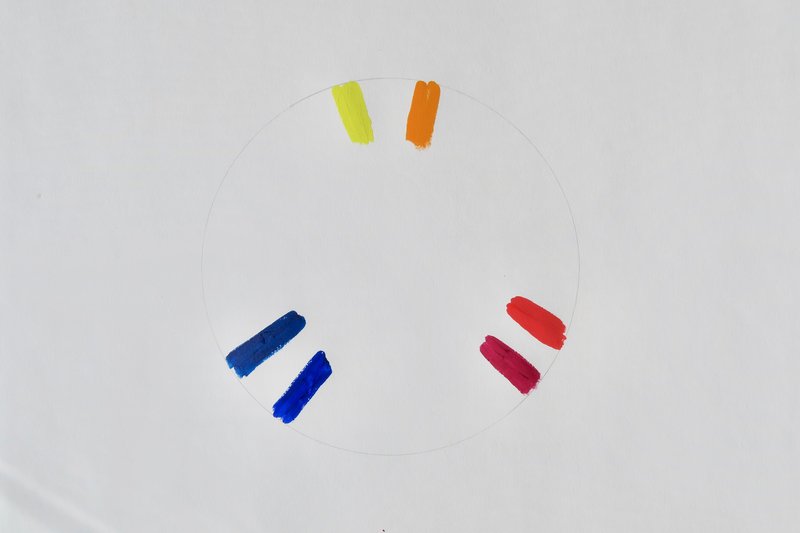 I’ve used gouache so that I don’t spend too much time on the study, as I’m likely to do. The palette consists of six co-primaries capable of making virtually any colour.

Clockwise from top left:
Cadmium free lemon, cadmium yellow, cadmium red, magenta, ultramarine and phthalo blue.
I’ve placed them in a specific order that accords with their primary hue and secondary bias and how they relate to one another. 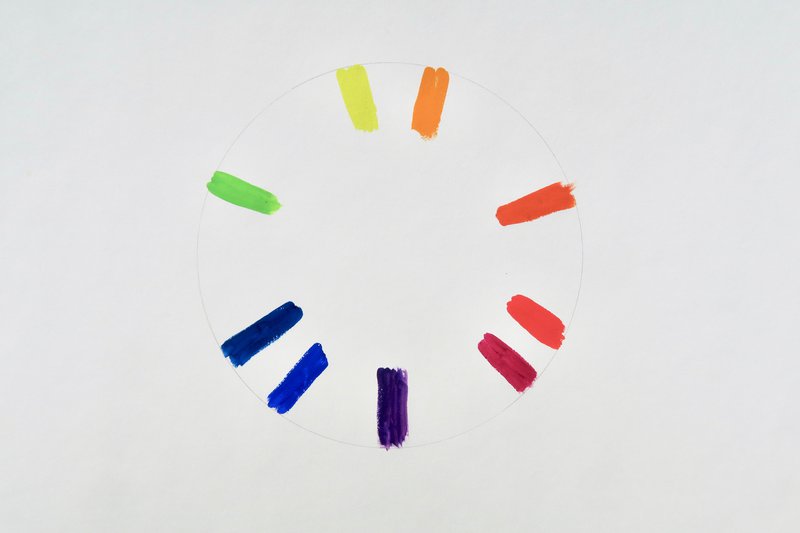 I mixed three secondaries, an orange from the cadmium yellow and cadmium red, which both have an orange bias; a violet from magenta and ultramarine, with their common violet bias and finally a fresh green from Phthalo blue and lemon. These secondaries sit directly opposite their complimentary colour (their opposite). Placed next to each other, complimentaries can react violently against each other. I like to call it argument.  Depending on your aims this argument can be positive or negative. 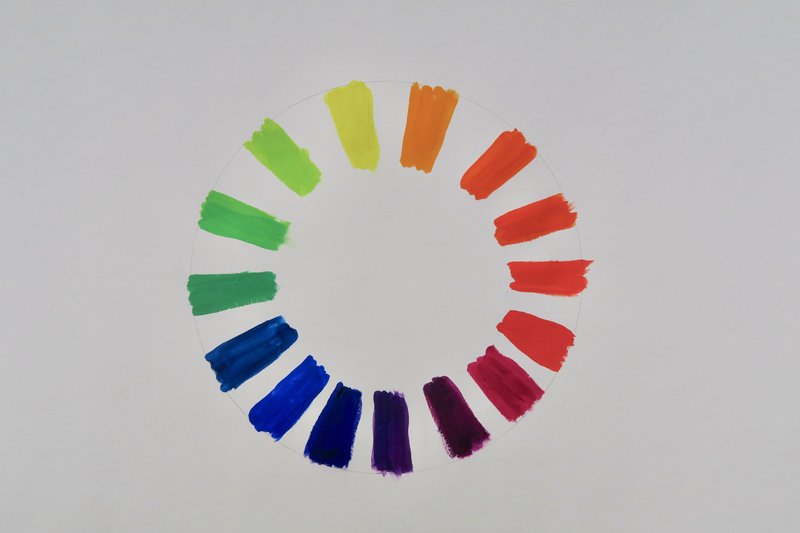 I’ve made further mixtures in between them and with more time spent, it would be possible to create a continuous colour circle with no gaps or deficiencies. These additions are helpful as they expose colour relationships. One such relationship, split complementaries, allows near-complimentaries to be placed next to each other with reduced levels of argument. 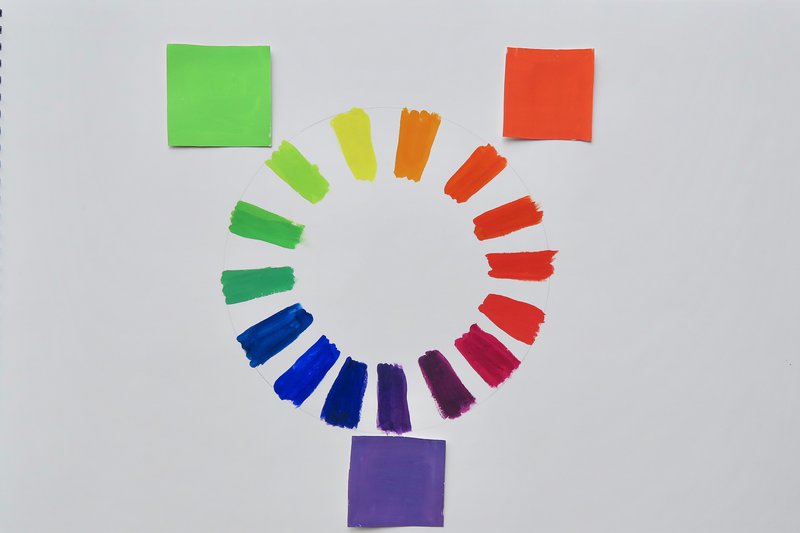 Violet with its split complimentaries, green and orange. Used together there would be less argument because of commonalities between each of the mixtures; blue in both the violet and green, red in both the violet and the orange.  There is still enough of a difference between them to excite the eye. I like the look of the three but want to adjust them. 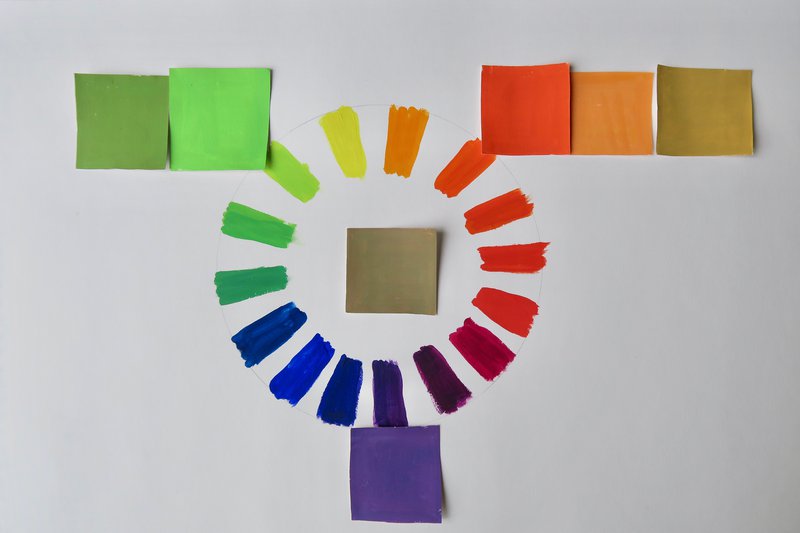 I see the violet as setting the pace of the painting and I’m going to use this, as it is, for both the ground and to reference the darkest areas of the painting. I’m planning to use the green for the next value up and so I feel it is a little too light and the little too different from the violet. Some orange and some violet have muted the green slightly. The orange seems too dark, so I’ve added white and yellow to make it glow. To give me a fallback, I’ve made in additional mixture by adding violet and green to the new orange and the mixture looks a lot like yellow ochre. It’s beginning to look promising. In the centre of the circle there’s a muddy colour, a mixture of everything giving me a bridging mixture between the violet and the green. 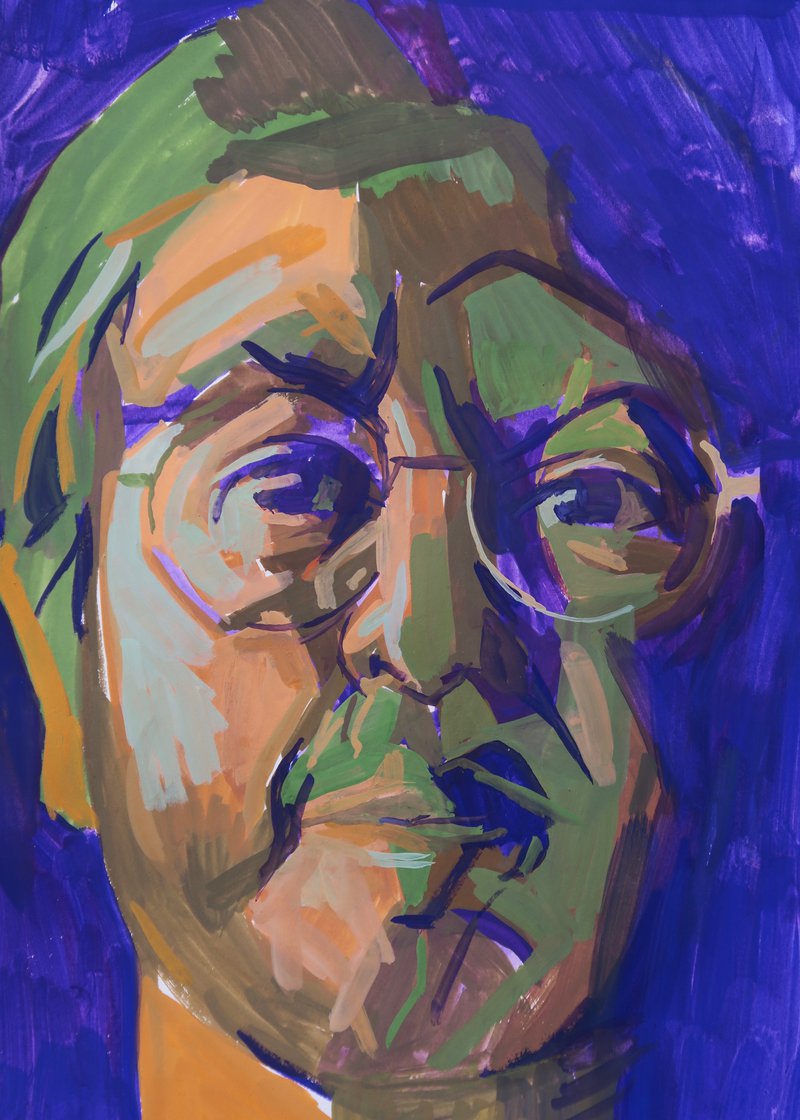 The painting started with widespread use of the violet, followed by the mud, the green and finally the orange. Working dark to light is how I tend to work but this isn’t essential. As can often happen, you get an idea of adding something that could animate an area, and peppermint green felt right in the lighter areas to make them ping. Some accidental, and perfectly ok, areas of paler violet do the same. 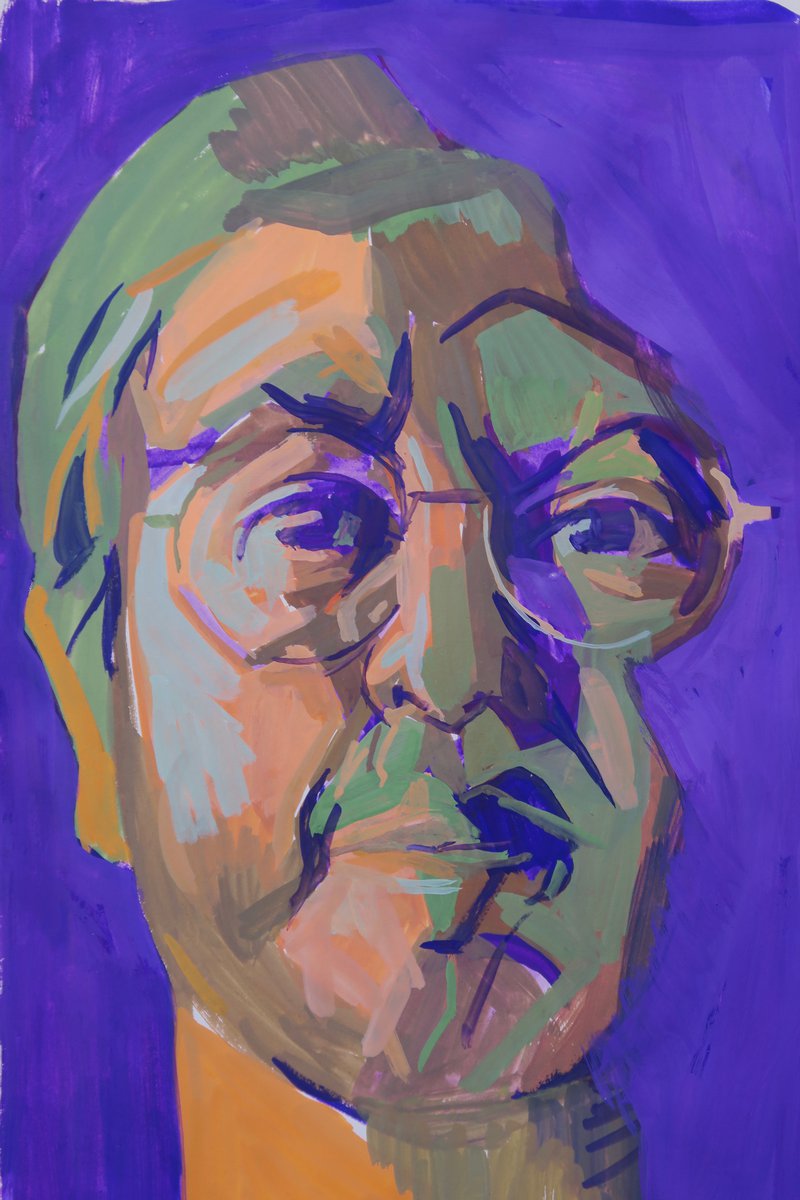 Revisiting the violet areas with a slightly paler and redder violet was the final act. Inevitably, new colour ideas spring to mind at this stage. These could include abandoning the notion of light and dark and using colour instead.