Born in Iran and currently living in the UK, Mohammad Barrangi joined The Drawing Year in 2019 after a chance encounter with an alumna of the course... 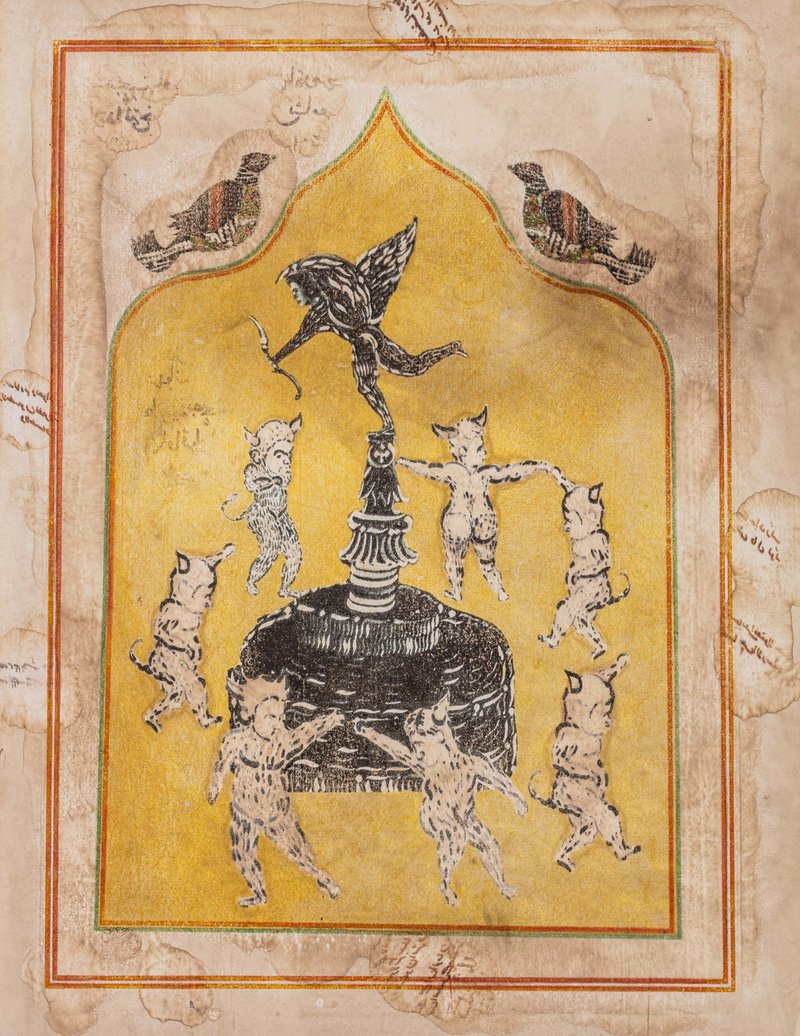 Mohammad Barrangi was born Rasht, Iran, 1988. After studying art he moved into book illustration graduating from the Islamic Azad University of Tonekabon in 2011, majoring in graphic design. He has since exhibited internationally, won numerous illustration awards and has recently had two works acquired by the British Museum. He now lives in the UK having left Iran some years ago.

Mohammad’s work combines elements of Persian calligraphy, storytelling, text, and touches of humour. Using a unique creative process, with handmade traditional calligraphy pens and a blend of mark-marking styles, he creates both small pieces and often expands these to large scale murals.

Mohammad joined The Drawing Year in 2019 after what he calls a ‘miracle’ communication with an alumna of the course:

‘An interview with me was published in a magazine and an artist who had studied at the Royal Drawing School saw it and got in touch to suggested I apply to The Drawing Year. Her name is Meg Buick, I really owe it to her because as a newcomer to the UK, her guidance got me here.’

‘During the year I’ve learned so much about teamwork, and to really appreciate the work of other artists. I’ve learned that it is never too late to learn. Most importantly, I’ve seen how I can integrate my world with another world.’ 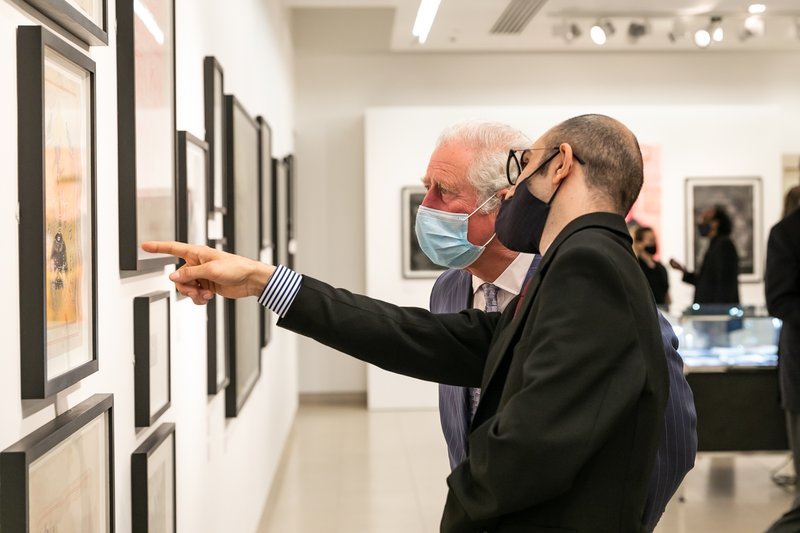 During a private viewing of Best of The Drawing Year 2019-20 at Christie’s, London, Barrangi met with HRH The Prince of Wales, Royal Founding Patron on the Royal Drawing School.

Mohammad's work is deeply rooted in his Iranian heritage:

‘I am inspired by old scientific illustration as well as calligraphy, which is always an integral part of my practice. My works are combined with Iranian mythological stories and contemporary social upheaval events.’

He has developed a particular form of print making in a two-stage process that involves drawing and printing onto handmade paper.

The first stage is using an Iranian calligraphy method to make the initial drawing. I then scan, collage, and print my drawings. They can then be transferred using cellulose thinners onto a new sheet of paper, which has been prepared with Iranian wood stain. Once this has dried, then the text is applied in the same way to build up the collage. Sometimes I use my handwriting, sometimes I collage texts from old books. The texts have been reversed through the transfer process, so it's often difficult or unreadable.’ 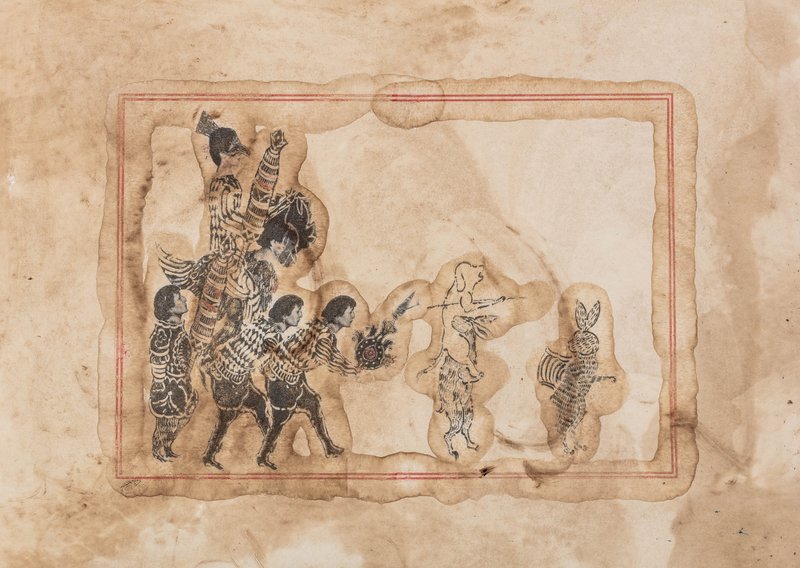 Reflecting his own experience as an artist with a disability, his works often show images of people with lost arms, limbs or other disabilities as well images of women that he admires:

‘I like to depict images of my mother, exiled Iranian queens or just friends who mean a lot to me. I will often combine them with animals or mythical creatures, as my work often focuses on journeys and travelling. Sometimes I combine elements from classical Western paintings with Eastern stories or imagery.’

Two of his works have recently been selected for the British Museum collection, chosen by Dr Venetia Porter, curator of Islamic and Contemporary Middle East art.

I’m delighted and honoured to announce that the British Museum have added two of my works to their collection. ‘A Girl in a Fish’s Mouth’, taken from the story of Jonah and the Whale and ‘A Girl Riding a Wolf’, which features a flower in the girl’s hand - a symbol of peace for me.

The works are on display until 15th August in Reflections: Contemporary Art of The Middle East and North Africa.

See Mohammad's work on display in The Drawing Year End of Year Exhibition at our Shoreditch gallery and online until 17th June.