Drawing Year alumnus Tim Patrick was Artist in Residence for this year's In:Visible Gardens event in Venice; an annual initiative that aims to build and develop relationships between the relatively few local residents, maintaining the city's role as a functioning home with a flourishing community. 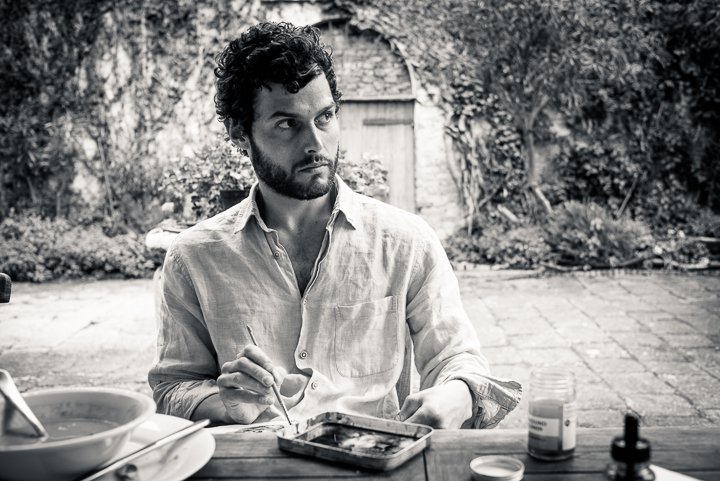 Cutting through the choppy waters in a vaporetto towards Venice on a Tuesday afternoon, the city emerged through a curtain of rain and mist: wet, wind beaten, and beleagured by time and the eyes of thousands of visitors; and no less an enigma.

Through the Royal Drawing School, in spring 2019, I visited the home of Eric and Maxine Reynolds, Palazzo Arrigoni, as Artist in Residence in the annual In:Visible Gardens event; an initiative to build community and bring the people who care for the city together.  This year, Villa Herriot on the Giudecca island was made available for local interest groups to hold an afternoon building links.  What happens in Venice is representative of so many unique places in the world - its mystique and character are what simultaneously edify and what condemn the city.  Local people, the living aspect of a historic place, are outnumbered by tourists and sustained, life building relationships with the place are replaced by often casual flirtations. 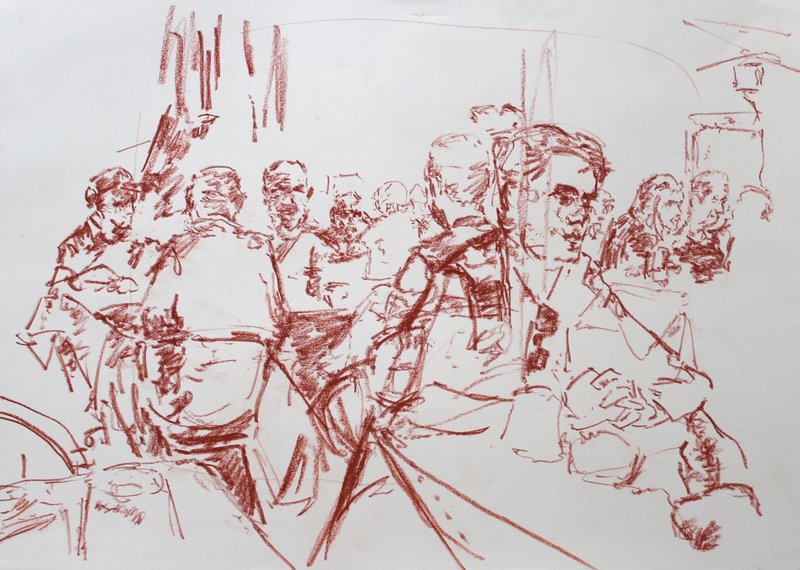 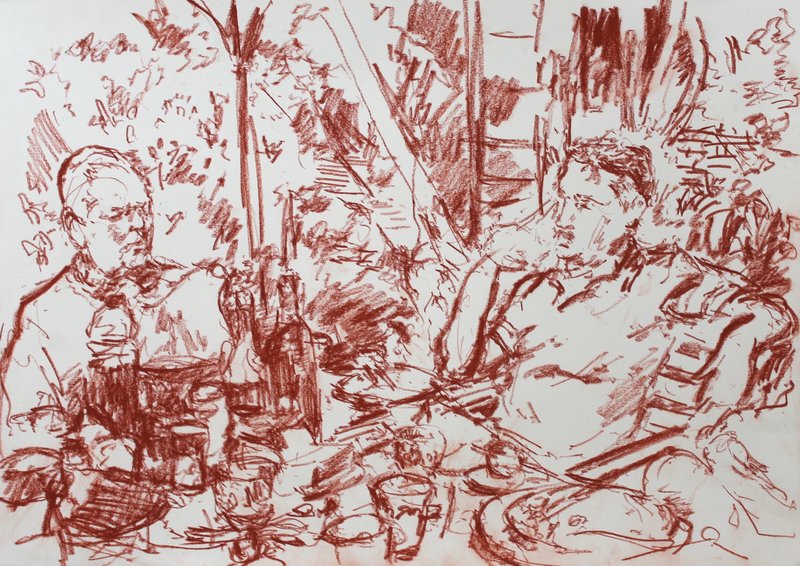 My role as Artist in Residence was to make a painterly response to the city. I had in my mind the Goya-esque satirical drawings of Tiepolo; his ink drawings of the people of Venice and their foibles.  I was prepared to make paintings and drawings focusing just on this in a contemporary context.  Instead, as the week towards In:Visible Gardens progressed, at which I was to exhibit the work, though Maxine and the collaborators, I was introduced to locals, places and experiences in the city that suggested to me an alternative perspective, and perhaps an interesting foil to Tiepolo.

Despite the crowds, I found that the spaces are what evoked the most interest for me.  Awnings, empty shop fronts, market stalls, the spaces that people move and live amongst, and the interiors of the ageing but beautiful Palazzo Arrigoni, resonated the most with me.  There is a kind of emptiness in Venice, despite the crowds; it haemorrhages locals and instead, receives an admiring, but fleeting population.  Substantial relationships with the place are replaced by earnest but casual encounters.  The pictures I made focus more on this aspect of vacancy.  The Italian word for empty, ‘Vuoto’, is a word that springs to mind, its vowels are an almost onomatopoeic sound expressing this emptiness: Venice, Vuoto. 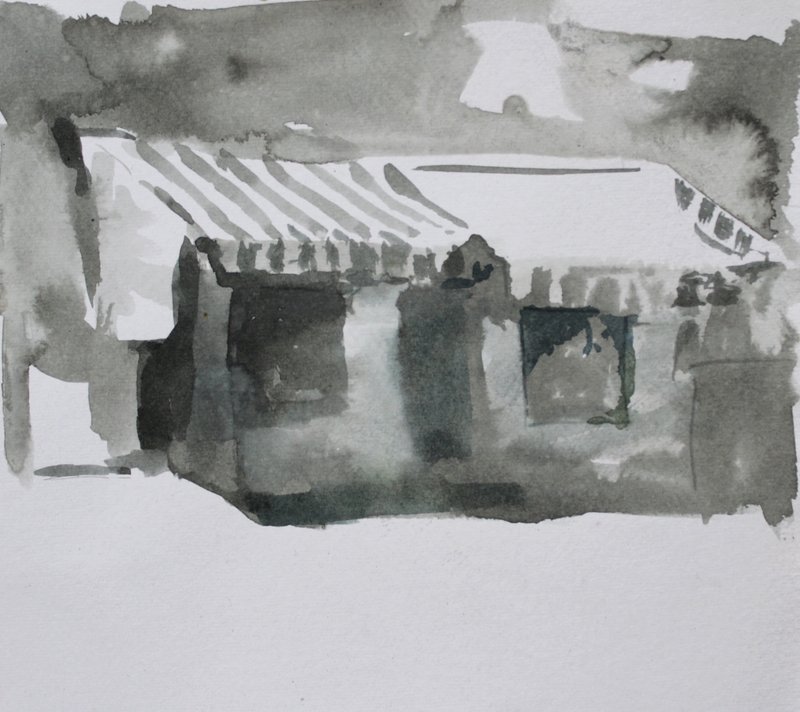 There was the feeling that this city is losing its native inhabitants, is losing its core people.  Meeting locals, and understanding the plight of the place, and its conflict with tourists and general sense of ‘invasion’, made me aware of how whilst the city could be perceived as full, teeming with people, it is in fact emptying of those who made and run the place.  Preserving its inhabitants that are Venice’s lifeblood, is crucial, and the In:Visible Gardens project aims to strengthen and rebuild the bonds between locals in an effort to do this. 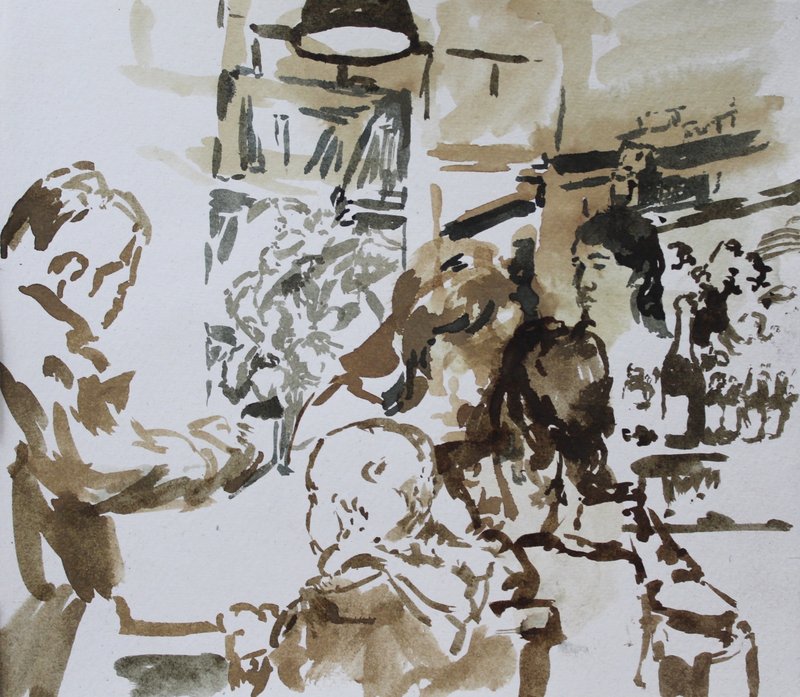 So much of the work I make now is about place, and responding to it.  One painting I made in particular, the interior of the Palazzo, I developed over the week.  I found that having something substantial to work on was important to anchor me in the place, heading out in the afternoons to explore and work in sketchbooks.  It was a balance between grounding myself in a place unfamiliar, and balancing the fresh encounters with something constant. 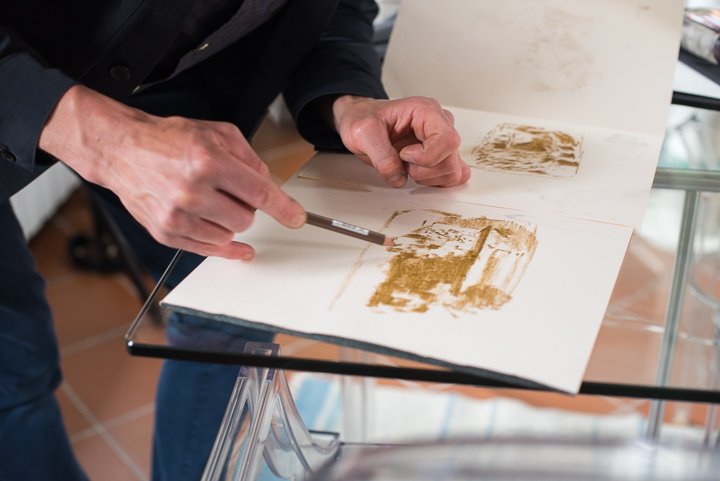 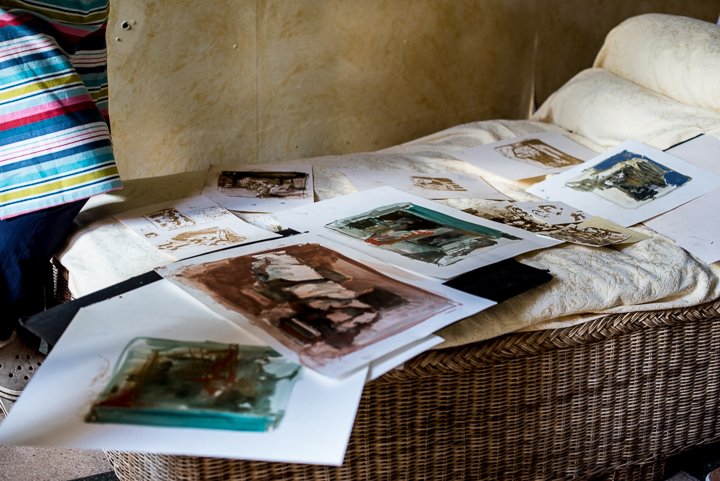 Alongside exploring this vacant aspect of the city, its spaces, I drew constantly the preparations for In:Visible Gardens.  At the event, I was tasked with drawing the people and kids who came to take part.  Despite stormy conditions in the morning, people came, and it was such a pleasure to see them together and sharing the activities - storytelling for the children, a group who pressed wine from the vineyards on abandoned islands, and an anti-graffiti brigade.

Showing my take on the city to local Venetians and those who care for the place was an honour.  Much of how I engage with a place is through drawing and painting, seeking out the ordinary and quotidian, offering it up to painting for a transformation; a translation into another, drawn language.  So much of Venice is ‘seen’ already; I had held a picture in my mind of the possible paintings to be made.  However, more and more I find that the encounter is what really drives my work.  Seeing the streets, being in the palazzo, and holding the thought that these places outlast the people, led to the pictures that I made.  I came to the city with an idea in my head about the city, about the plight and difficulties that are happening - drawing and painting it, and beginning to understand just what was going on, bonded me to it all the more so, and on leaving, I reflect now how I might live in a place, and earnestly be part of it. 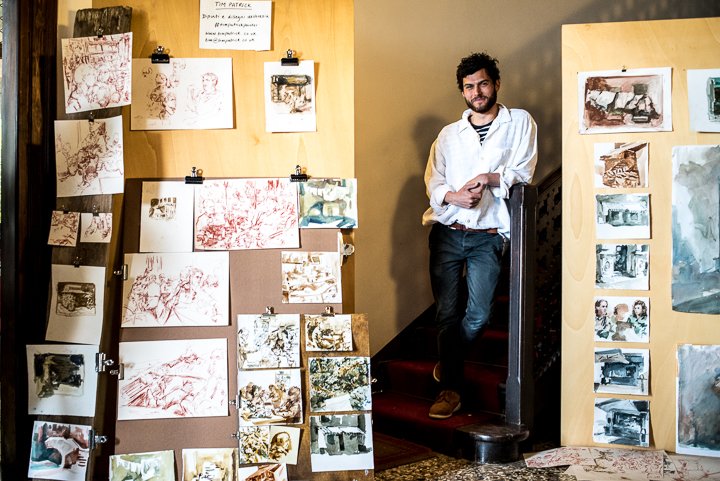