At the time I applied to The Drawing Year, I had an idea of myself as a painter. I was drawing a lot but only as preparation for painting. The actual business of painting I didn't really enjoy. It was a messy struggle with materials and colour with unsatisfactory results. The idea of attending an art school dedicated to drawing came as a relief. The simplicity of The Drawing Year was very appealing. You spend a year drawing. It felt like just the opportunity I needed to concentrate on the creative activity I most enjoyed. 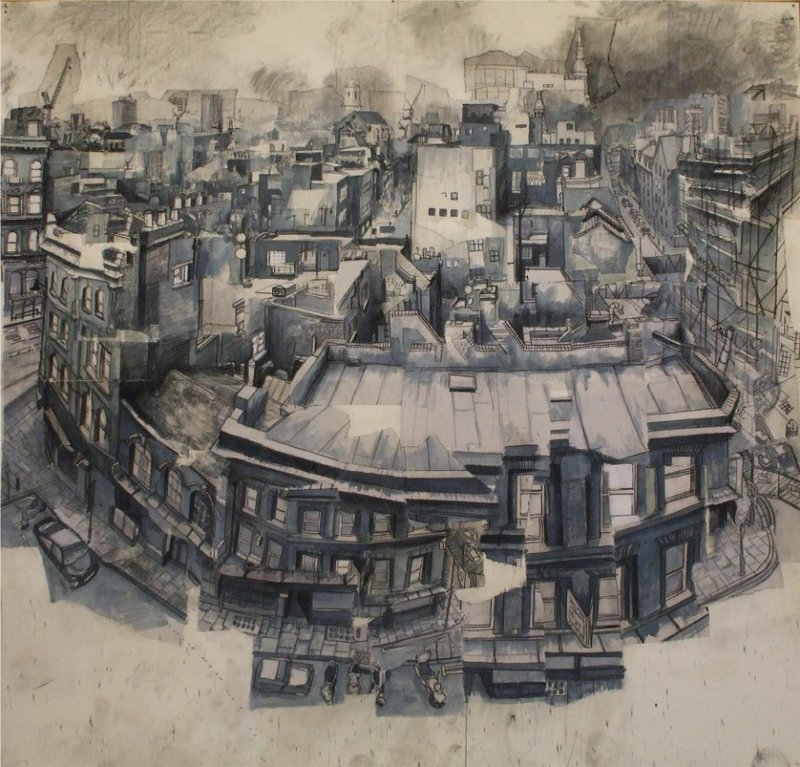 As a student at Norwich School of Art and Design (BA Cultural Studies) and Byam Shaw/Central St Martin's (MA Fine Art), I was expected to have a creative practice that I could discuss in theoretical terms and relate to trends in contemporary art. On The Drawing Year, I was never asked to think about my work in this way. It was almost as if there wasn't time. The emphasis was entirely on practice. Students were encouraged to study and learn from other artists and the history of painting, but ideas about the cultural or philosophical meaning of what we were doing were never really on the agenda. We were there to take lessons in observational drawing.

At first, I found drawing for a whole day physically quite tiring. It was an intense course. The hours spent working together in the life room, meeting to draw for the day in London or in the city at night led to a real camaraderie among Drawing Year students I wasn't expecting. There was definitely a feeling we were all sharing something special. Seeing other people's work at forums and crits was a valuable source of inspiration and good for avoiding complacency. I felt I had to keep upping my game.

Just how much was on offer free of charge to Drawing Year students was incredible. Choosing classes at the start of each term, I felt spoilt for choice. The calibre of visiting artists was impressive. And the trips and special occasions I was invited on, to Windsor, Chatsworth, Norfolk and Normandy, were an unexpected pleasure.

Having no fees to pay, no exams or deadlines was a luxury after my degree courses. With everything taken care of and feeling well looked after generally, I felt a sense of freedom and that everything was directed daily at drawing. I never felt part of an institution. The classes seemed under the ownership of the tutors who ran them, not the School. I sensed tutors were free to teach whatever they were interested in. 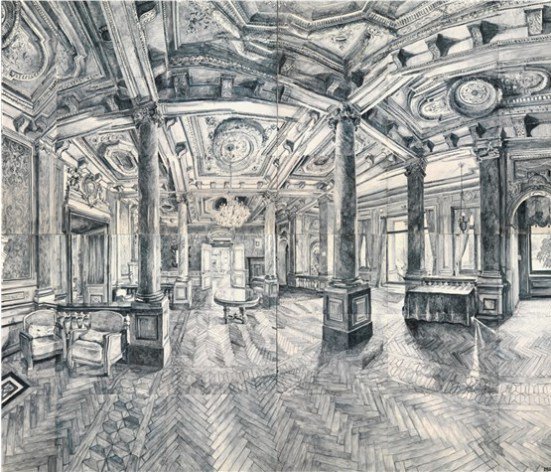 The Drawing Year led to opportunities and experiences that would otherwise have been inconceivable. In 2011, the School commissioned me to go to New York to make an eight-foot square drawing of the ballroom in the Plaza Hotel. It was an amazing opportunity, which remains one of the highlights of my career and life.

The School also negotiated further commissions for me in Paris and London as well as directly helping to sell my work. This level of support gave me encouragement to approach galleries and apply for prize exhibitions. This year, I had my first solo show in a gallery in Leigh-on-Sea, I exhibited for the second time at Piers Feetham Gallery in Fulham, and I won runner-up prize at the Lynn Painter-Stainers Prize Exhibition and was shortlisted for the Sunday Times Watercolour prize both held at the Mall Galleries.

During my second year, I started working as assistant tutor on The Drawing Clubs. I never imagined teaching was something I would ever be capable of doing, but I survived four years working at several Drawing Clubs and I am now involved as a tutor on the Royal Drawing School’s new studios in Oxford Street, Drawing School Central, as well as on their Foundation Year.

Learning to draw has had a huge impact on my work, which is now only drawing and a direct continuation of everything I learnt on The Drawing Year. I nearly always have a large drawing underway which I work at most days. I do small quick drawings of domestic or street life whenever times allows. I regularly go to the free life drawing classes for alumni, which is a good way of keeping up with friends from my year. I see fellow students at lectures at the Drawing School and I sometimes chance upon people I know from The Drawing Year drawing on street corners and in galleries. 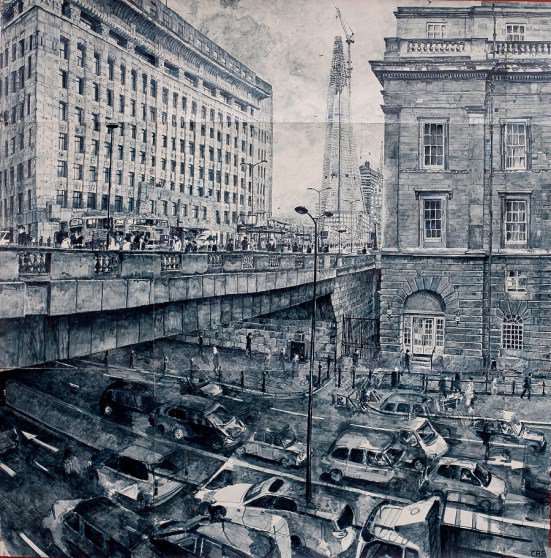