I drew as a child, but after leaving school and going to art college, I barely picked up a pencil. It was always something I felt a little guilty about, but at the same time I felt like I couldn’t do it any more. When I was doing my BA in Fine Art at Central Saint Martins I used to discredit the majority of my ideas before trying them.

One of the best things about The Drawing Year is that just by turning up for your three classes a week, you cannot fail to produce a huge volume of drawings. And later, when you go through them, although they are not all perfect, most things are a trigger for ideas, shape, colour or pattern that you develop in something else. I have never produced as much work as I have over the last year, and it has never felt so free and unlaboured. 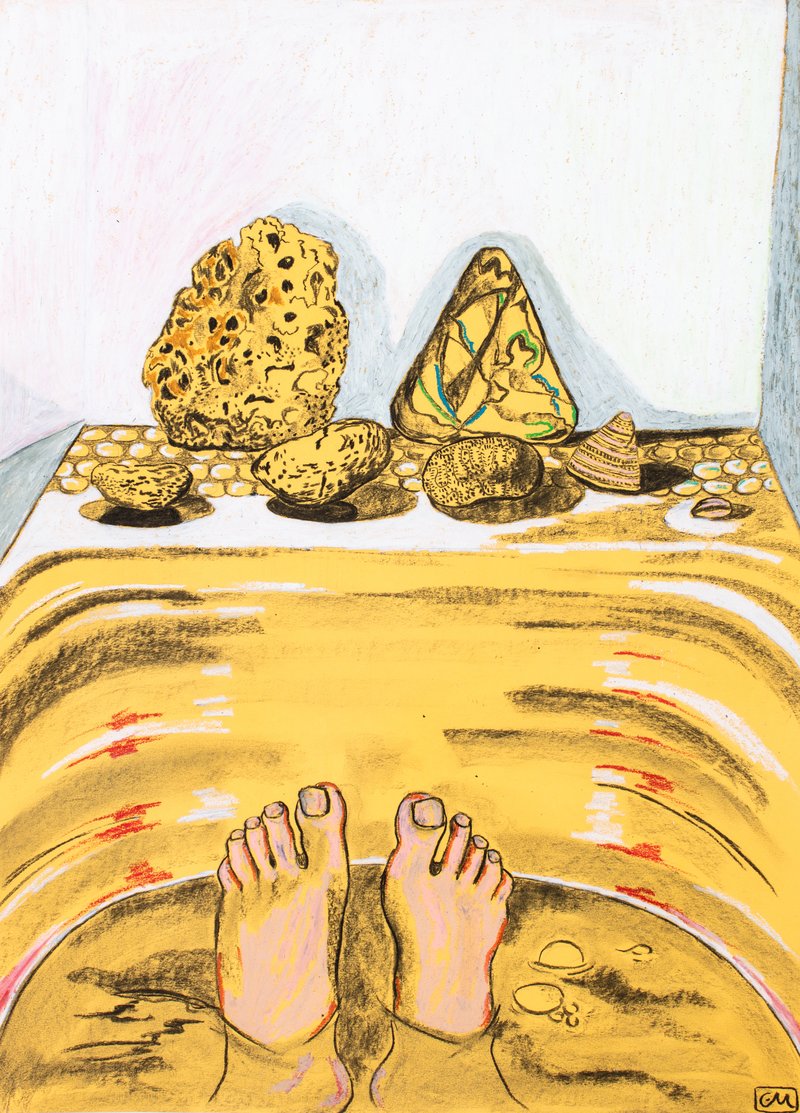 The Drawing A Story course was initially a challenge, and in the end one of the most helpful classes I took, forcing me to engage with my imagination and bring it back onto the page. The access I had to the British Museum, the V&A and Kew Gardens was invaluable, allowing me to wander the corridors and gardens, getting to know the space by the locations that I drew in. Drawing all day every day proved to me that I can focus and draw for 8 hours straight. 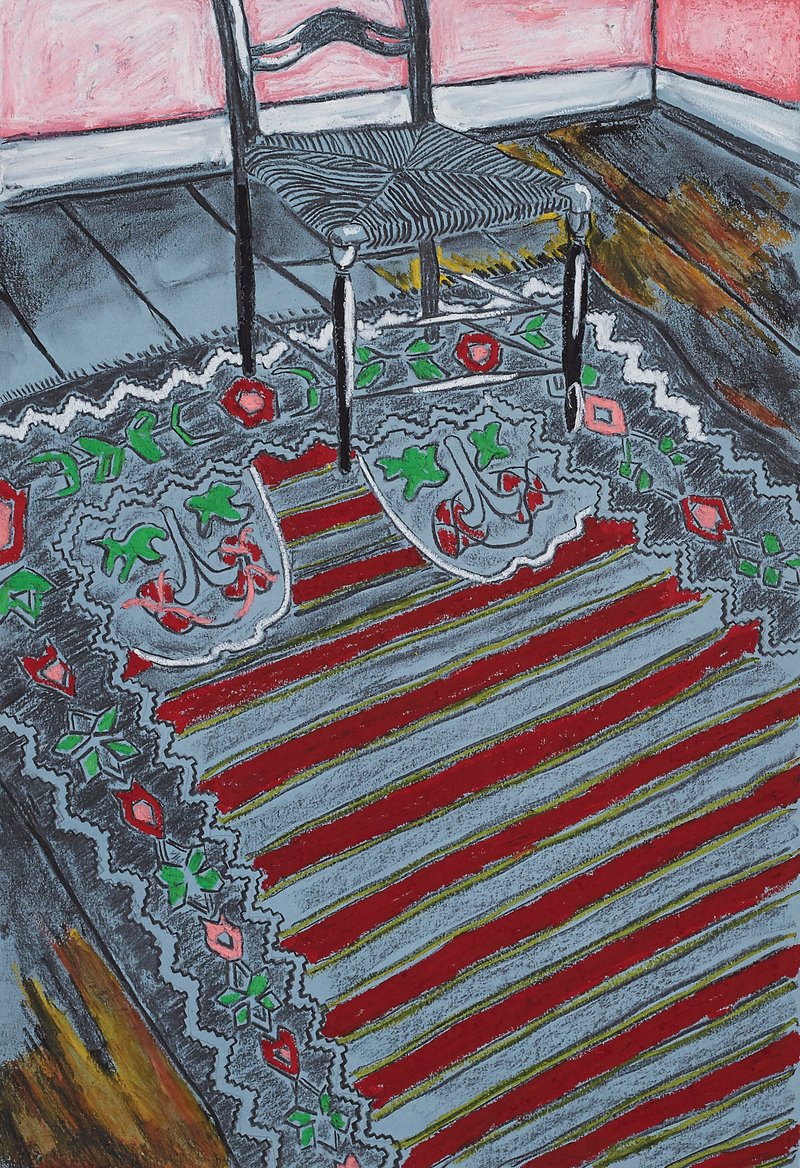 In 2015 I produced a series of illustrations that were turned into a collection of embroidered patches which formed the beginnings of a small clothing brand, Itchy Scratchy Patchy, that I started with a friend. In the last three years it has grown and we now make a range of garments which are sold at stockists internationally. I continued to run the buisiness alongside The Drawing Year, and managed to balance both. Coming back to education after a few years out gives you a real awareness about the luxury of time provided just for creation, and the Royal Drawing School has felt like a privilege to be involved with. I now have a practice is centred in drawing; it is the starting point for everything that I make. 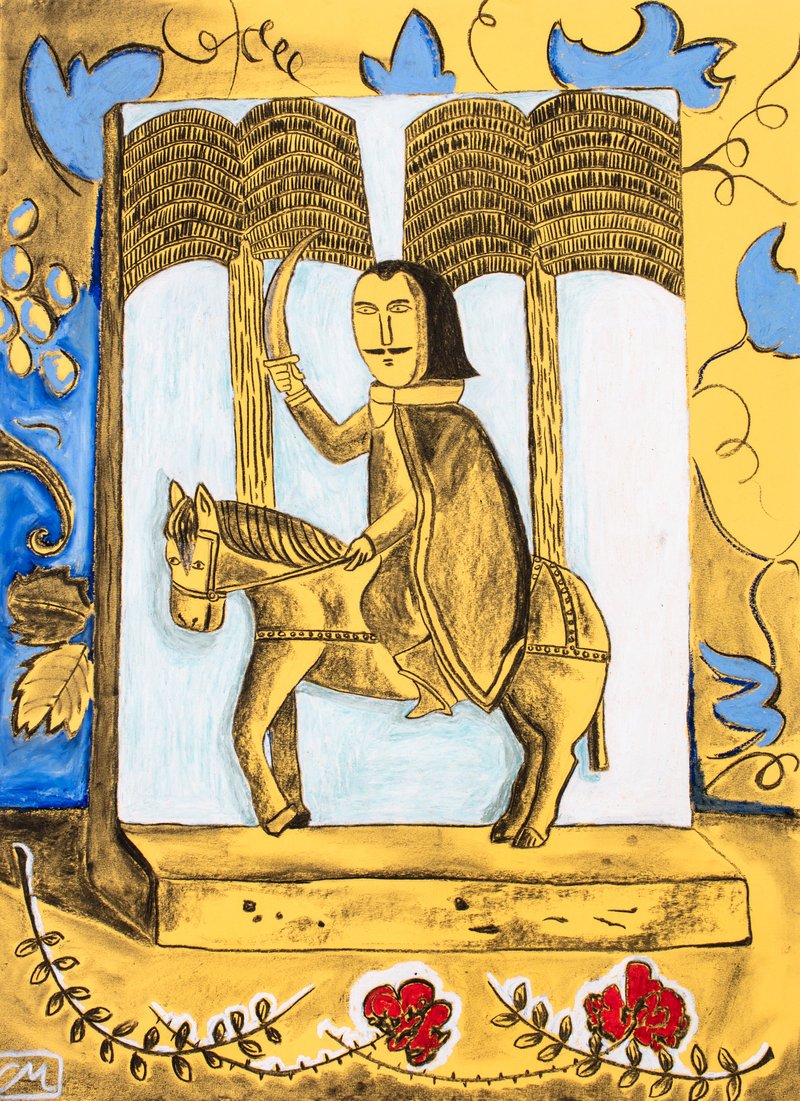 By thinking less and acting more, over the course of The Drawing Year, I have a wealth of ideas to push further. The course has given me the time to re-engage with my child-self, and use drawing as a way of working things out, memorising and creating. It has been very empowering to take control of my practice and bring it back to the simplicity of drawing.

By thinking less and acting more, over the course of The Drawing Year, I have a wealth of ideas to push further. The course has given me the time to re-engage with my child-self, and use drawing as a way of working things out, memorising and creating. Christabel MacGreevy Drawing Year Alumni