Although I’ve always drawn a lot, I never really felt like I could be an artist or that I would be suited to art school. I studied Philosophy at university, and when I left, I started working in marketing. In 2014 I began to go to evening classes at the Royal Drawing School, and a couple of years later I saw one of The Drawing Year end of year shows. I found the work I saw there so exciting and interesting, and it inspired me to apply.

I paint from imagination, using themes from fairy stories and literature as a starting point for each piece of work. At the start of the year, drawing from observation in classes felt quite separate from the more imaginative work I was doing in the studio. But after a few months, I found that drawing all the time had enriched my imagination. My dreams became more vivid and colourful. I was able to conjure up much richer visual images in my mind’s eye, using the details I had soaked up by drawing and looking. 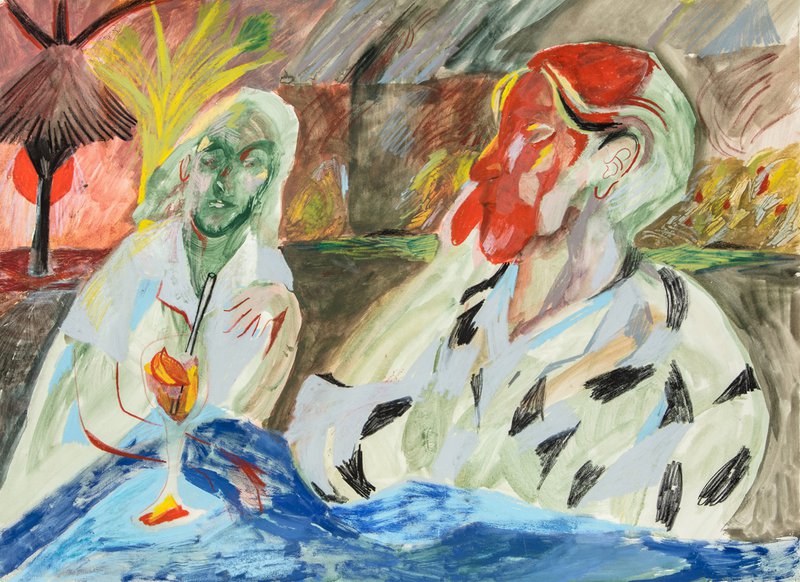 In my second term I did a course called William Blake’s London, which really helped me negotiate the relationship between observation and imagination in my work. We drew from the Blake collection in Tate Britain with Thomas Newbolt, and explored London through Blake’s eyes with Mark Cazalet. I decided to draw while listening to audiobooks. I spent a day in the depths of Westminster Tube Station, getting covered in dirt and listening to Dante’s Inferno, and another sitting peacefully in Kew Gardens, listening to Grimm’s Fairy Tales.

The teaching on the Blake course illuminated a whole new process of working for me. I began to feel free to draw from life while also looking through the lens of my own imagination. I learnt that I could use drawing to transform shapes and colours that were relevant to the story or theme I was considering internally – while still closely observing the external world. Now I carry a small sketchbook with me, and the drawings it contains (part imagined, part observed) have become important references for making my paintings and prints. 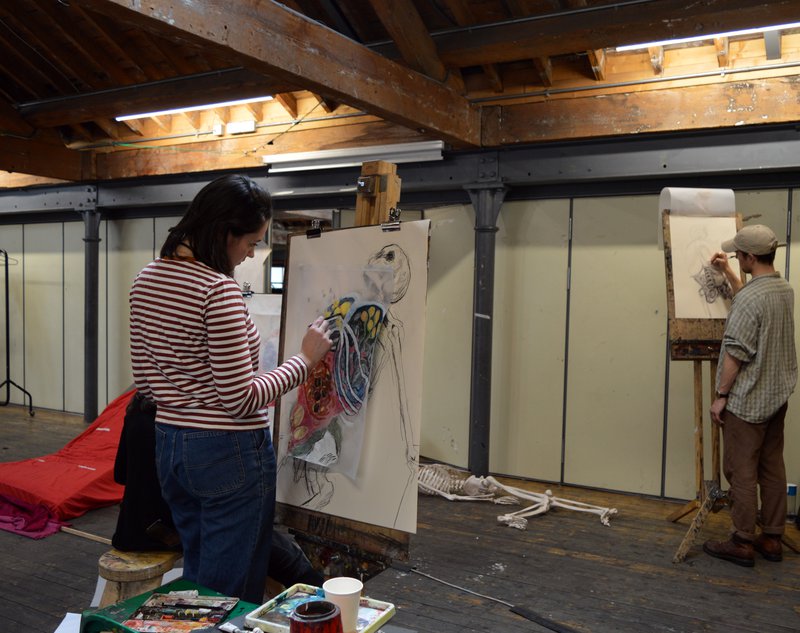 Although I’ve now finished The Drawing Year, I still feel like I’m part of the school’s community. My year were such a kind and supportive group of people, and I’m sure we’ll continue to show work and do crits together. I’m about to move into a studio space with other Drawing Year students, and last autumn I began as a trainee with the School’s Young Artist’s programme, teaching 10-14 year olds. It’s been a wonderful opportunity – planning the lessons and seeing students progress during the term is so fun. Tutoring is something that I would like to do more of, and so it is great to get this experience. 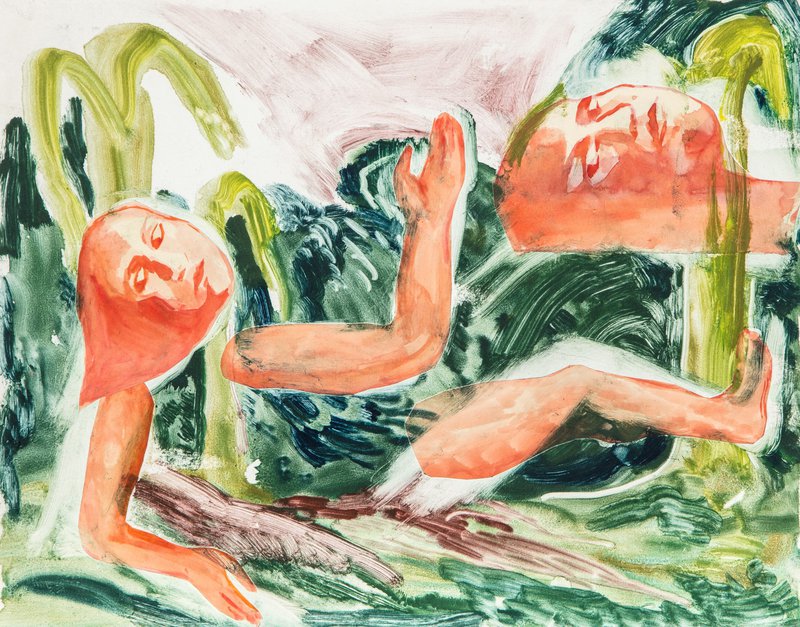 At the moment I am working on a couple of painting commissions, as well as a series of small paintings that will go on sale at The Edition Shop, an online gallery space. I’m also going to be showing work in a group show at a gallery in London, which I was invited to take part in after a curator saw my work at our end of year exhibition at Christie’s.

I am leaving the Drawing Year with a lot more resilience and confidence in my work than I had before. I’ve gained a wealth of ideas, as well as processes for making work that feels much more personal to me.