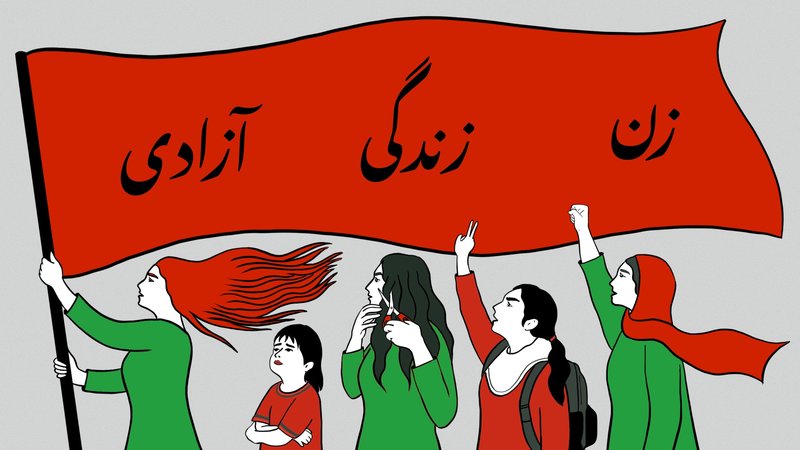 Roshi Rouzbehani, 'Women of Iran's Protests' Illustration for Robin Wright’s piece in The New Yorker. Courtesy/copyright of the artist.

It is more than 100 days since the brutal killing of Mahsa (Jhina) Amini while she was in the custody of the so-called morality police in Tehran. In response to this horrid incident, the Iranian people, led mostly by women, are in the streets fighting for their deprived liberty against a patriarchal, dictatorial regime. How can artists show their resistance and solidarity? What can be the role of drawing in this?

In this conversation, after a short look at the history of protest art in Iran, we focus on how female artists of Iran respond to and support the movement. We will look at how Iranian female artists have become the voice of the Iranian people to amplify their protests message around the world. Jinoos Taghizadeh and Roshi Rouzbehani will also talk about their own socio-political creative practice.

Iranian artist Jinoos Taghizadeh was born in Tehran, 1971. She has studied graphic design, dramatic literature and sculpture in Iran. In the past three decades, she has been working as an interdisciplinary artist in Iran and took part in numerous exhibitions both domestic and international, in established venues. She has been active in the fields of stage and costume design for theatre and puppetry, children’s book illustrations, and ceramics. Since 2001, she has been also active as an art critic and essay writer for independent art magazines and has published three books. Jinoos Taghizadeh is known as an activist for civil rights and environmental issues and for her struggle against censorship in Iran. She considers herself an artist and storyteller.

Roshi Rouzbehani is an Iranian freelance illustrator, born and raised in Tehran, Iran now based in London, UK. Collaborating with clients such as The New Yorker, The Guardian, The Washington Post, and BBC 100 Women, Roshi creates editorial and portrait illustrations about social issues. She's passionate about gender equality and women's empowerment is at the centre of her work.  Roshi has participated in many group exhibitions in Europe and Iran and her works have been featured in Creative Boom, Design Week, Middle East Eye, and more. She is the author of 50 Inspiring Iranian Women. 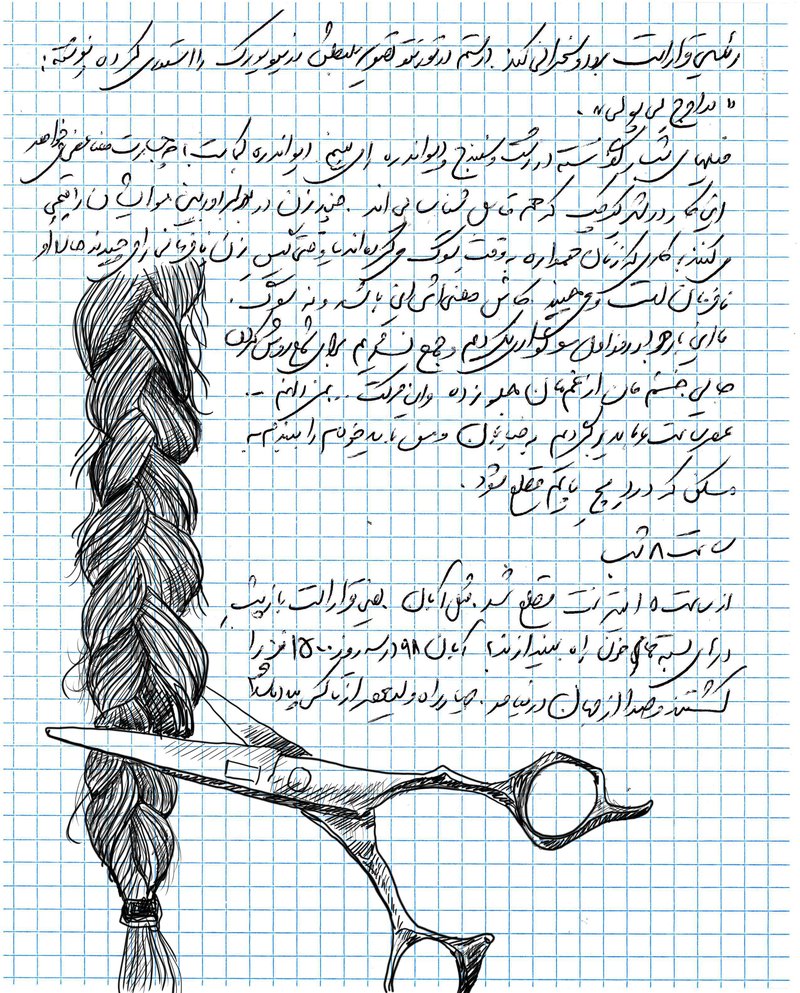