Tunji Adeniyi-Jones’s first UK solo show at Charleston Gallery was Astral Reflections, in which he explores how travel and movement has impacted the Black experience over centuries. 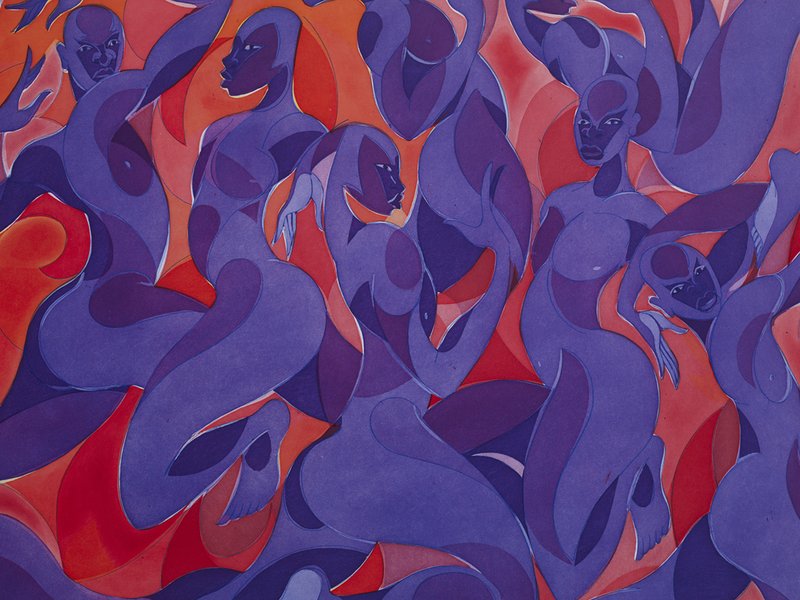 Drawing parallels with Duncan Grant’s vivid colour palette and expressive interest in the human form, these new works sat alongside the exhibition Duncan Grant: 1920 and continue Adeniyi-Jones’s exploration of rendering patterns, shapes and bodies in motion. Equally influential is the artist Ben Enwonwu, who Adeniyi-Jones cites as a continuous source of inspiration. Three of Enwonwu’s works were displayed alongside Astral Reflections. Like Enwonwu decades before him, Adeniyi-Jones experienced a British education in fine art, from the perspective of a Nigerian. Both of the artists studied at the Ruskin School of Art at the University of Oxford. Enwonwu studied there temporarily while the Slade was relocated during the Second World War and Adeniyi-Jones went on to study at Yale for his MFA. 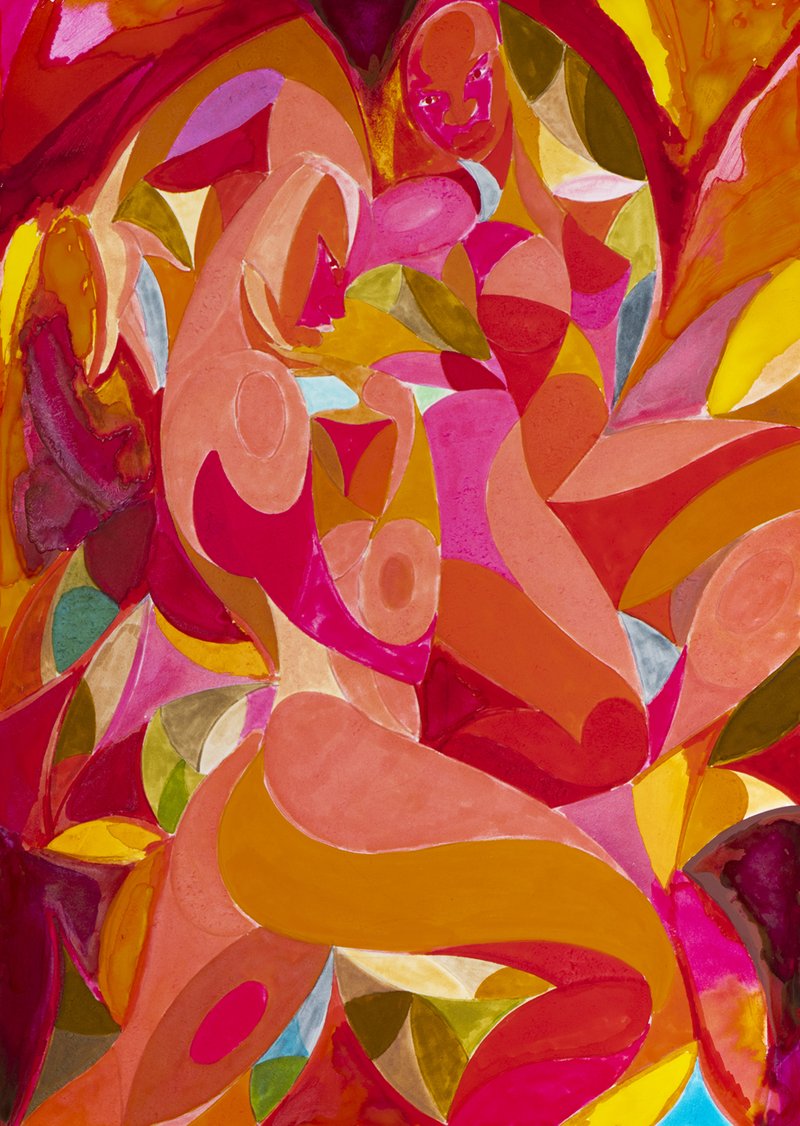 The notion of fragmentation and transition in Adeniyi-Jones' current solo exhibition corresponds with his interest in the ‘cultural crossovers between European art and West African art’. Enwonwu explored this in his own practice, using his British education to develop a kind of modern art that would divert from European ideals of modernism.

Being Yoruba, Adeniyi-Jones draws on aspects of indigenous religion. ‘I draw a great deal of inspiration from my Yoruba ancestry and heritage.’ he said, ‘Although I don’t practise the religion, there are many religious aspects to my paintings.’ He also refers to other indigenous West African religious practices in his works, citing Bwa (a society native to Burkina Faso) and Baule (one of the largest ethnicities in Ivory Coast) masks as influencing some of his figures.

Tunji Adeniyi-Jones: Born in 1992 and educated in the UK, he now lives and works in New York City. Growing up, he spent a lot of time between London and Lagos. In 2014 he received his Bachelors in Fine Arts from The Ruskin School of Art, Oxford University and MFA in painting/printmaking from Yale School of Art. His practice is inspired by the ancient history of West Africa and its attendant mythology, and by his Yoruba heritage. His paintings emerge from a perspective of what the artist describes as ‘cultural addition, combination and collaboration’. This year, his first solo museum exhibition ‘Astral Reflections’ was held at Charleston, East Sussex, UK.  In 2021 he had a solo exhibition ‘That Which Binds Us’ at White Cube Bermondsey, and exhibited in London at The Perimeter in ‘Citizens of Memory’ curated by Aindrea Emelife and the Drawing Biennial 2021.

Alayo Akinkugbe graduated from the University of Cambridge with a BA in History of Art in 2021, and is currently undertaking an MA in Curating at the Courtauld Institute of Art. She is the founder of the Instagram platform, @ABlackHistoryOfArt, which highlights Black artists, sitters, curators and thinkers from art history and the present day. Her aim is to continually champion emerging and forgotten Black artists from across the globe and across all periods of art history, in a bid to change the way art is taught and presented in the West, in favour of a more global and inclusive approach.