Ackroyd & Harvey: When is a tree a work of art, a forest, a social movement?

For this event, they will discuss their long-term project Beuys’ Acorns, currently in exhibition at Tate Modern celebrating both the centenary of Joseph Beuys’ birth and Tate’s declaration of climate emergency in 2019, and their recent collaboration On the Shore with Booker prize-winning writer and activist Ben Okri - an installation and performance work in two acts from Tate’s Turbine Hall to Thames Bankside. 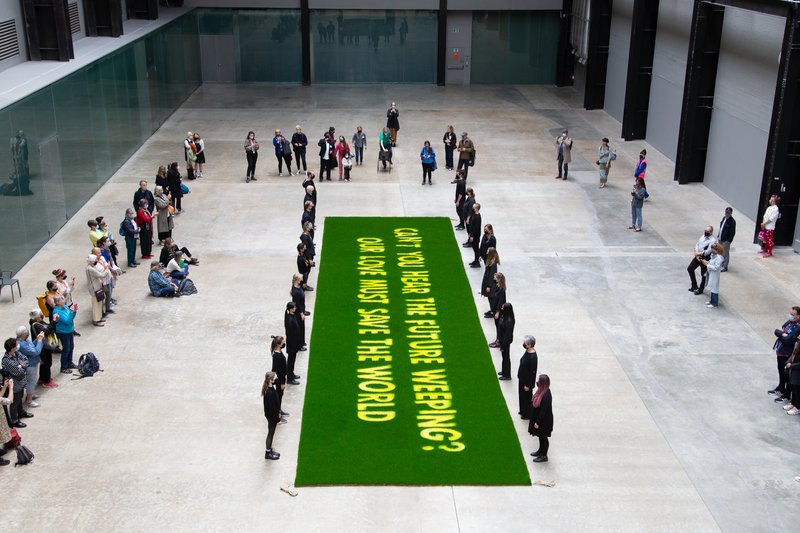 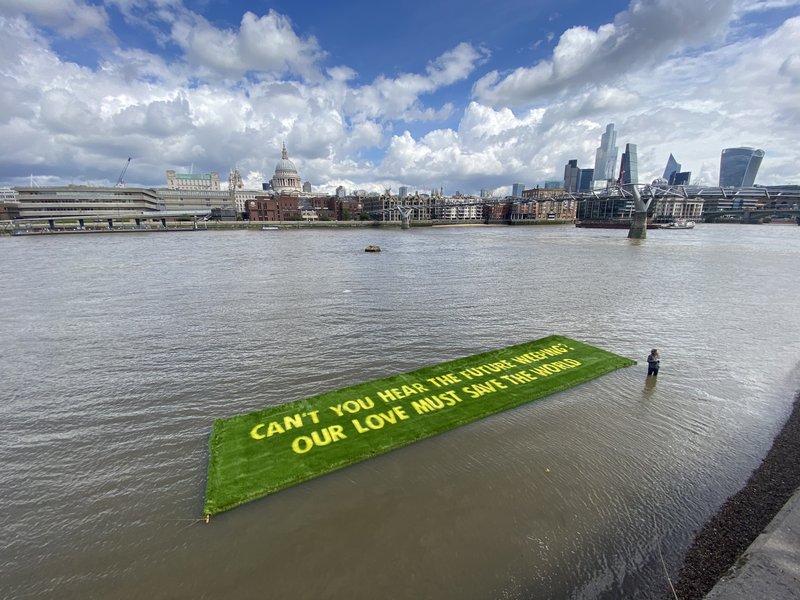 Ackroyd & Harvey are internationally acclaimed for creating multi-disciplinary works that intersect art, activism, biology, ecology and history. Referencing memory and time, nature and culture, urban political ecologies and environmental degradation, their time-based practice reveals an intrinsic bias towards process and event.  Processes of germination, growth and decay (organic and inorganic), feature in artworks that often evolve through extended research in response to people and place, interfacing their interest in local ecologies and global environmental concerns with socio-political paradigms.  They have exhibited extensively in contemporary art galleries, museums, public spaces and sites of special interest.

Beuys’ Acorns is an ongoing research work initiated by the artists in 2007. They germinated and grew hundreds of oak trees from acorns collected from Joseph Beuys’s seminal artwork 7000 Oaks – City Forestation Not City Administration.  The initial research phase (2007-2017) focused on Beuys’ statement that all towns and cities should become ‘forest-like’, and culminated in a six city road tour across France and formed the inspiration to a large-scale intervention, Radical Action Reaction, premiering early December 2015 at the Jardin des Plantes in Paris during the United Nations Conference of All Parties on Climate Change, COP21.

Equally renowned for their monumental architectural interventions, Ackroyd & Harvey act upon iconic or heritage buildings with living plant material, intercepting perceptions of place and landscape. In 2015 they completed History Trees, a major public art commission for the Queen Elizabeth Olympic Park, London, where a series of semi-mature trees holding six meter diameter engraved rings individually mark ten of the major entrances into the park. They have been recipients of major public art awards including a commission for the inauguration of the David Attenborough Building in Cambridge 2016.

Public exchanges, keynotes, conversations and live open-ended research are integral to their approach and practice, and they and contribute writings and photographs to books and journals as well as giving high-profile keynote lectures and presentations, notably Declaring Emergency: Museums and the Climate Crisis, The Courtauld; ‘Nobel Laureate Symposium’ on Creativity, Leadership and Climate Change at London’s Science Museum; ‘Art + Alchemy’  at Trinity College, Cambridge; and EARTH: Art of  a Changing World, Royal Academy of Arts, London.