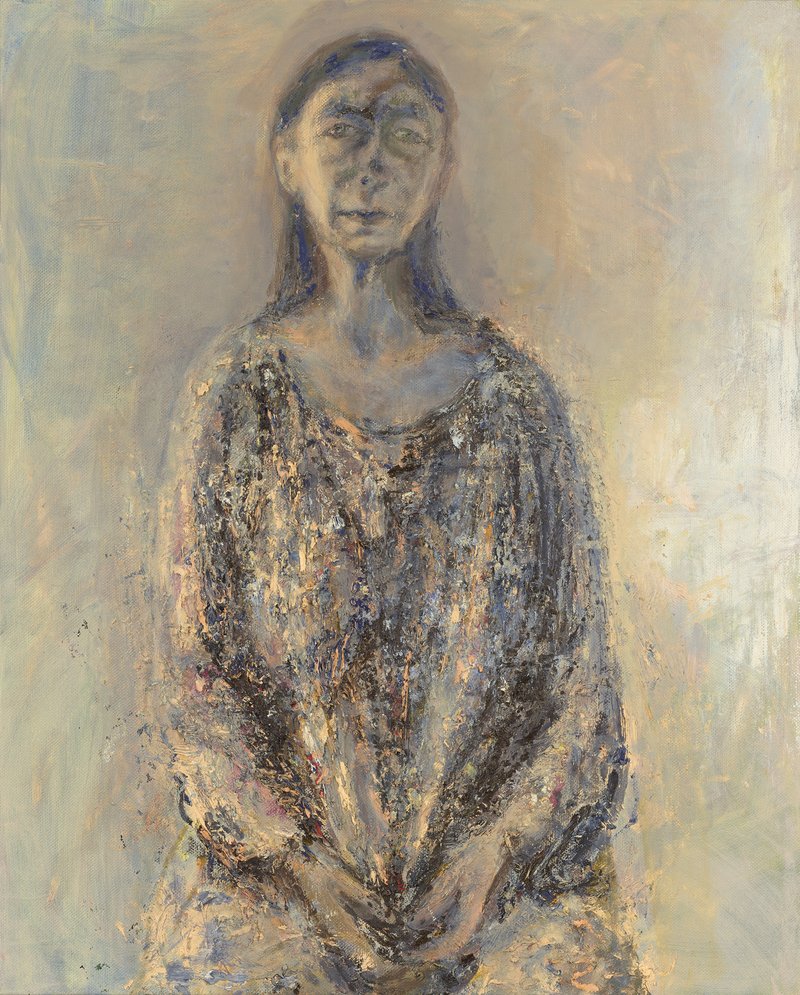 Celia Paul’s art stems from a deep connection with subject matter and is quiet, contemplative and ultimately moving in its profound attention to detail and deeply-felt spirituality. She makes intimate depictions of people and places she knows well. From 1977 to 2007 Paul worked on a series of paintings of her mother, and since then she has concentrated on painting her four sisters, especially her sister Kate, as well as a number of portraits of close friends. She has also produced a large number of evocative self-portraits over the course of her career. Paul’s self-portraits open up a painterly and conceptual dialogue between the dual role of subject and artist – caught between self-possession and self-scrutiny – as well as offering an extended consideration of the essential dualities of the medium – its ability to capture qualities of form, light and atmosphere, and its material presence.

In addition to her portraits, Paul has made detailed studies of landscapes and interiors, again focusing on the environment she knows best. She has made numerous studies of her studio, and has also painted the central London landmarks visible from its windows, including the British Museum and the BT Tower (previously known as the Post Office Tower). Her seascapes similarly focus on a subject she knows well. During the 1970s, Paul’s father was head of the Lee Abbey religious community in north Devon. Paul returned to this stretch of coastline to make studies for paintings that highlight the painter’s challenge not only to capture specific states of matter – water and air – but to attempt to capture the moment

Paul was born in 1959 in Trivandrum, India. She lives and works in London. She has held recent major solo exhibitions including Desdemona for Celia by Hilton at Gallery Met, New York (2015-16); Gwen John and Celia Paul: Painters in Parallel, Pallant House Gallery, Chichester (2012-13)