Working in sculpture, film and photography Dorothy Cross’ work looks at nature, time and authority. For the past sixteen years she has been living in Connemara, on the far west coast of Ireland - at times working with things found on the shore such as a twenty two foot long Cuvier’s whale and the skin of a basking shark.  During the 1990s, the artist produced a series of works using cows udders, which drew on the animals' rich store of symbolic associations across cultures to investigate the construction of sexuality and subjectivity, gender and strength. The work moves from object to opera having recently worked on a project called Heartship where she borrowed a human heart from the Pitt Rivers museum in Oxford that had been found in a crypt in Cork Ireland in 1863. It was placed in a Navy ship on which the singer Lisa Hannigan sang songs about the heart. 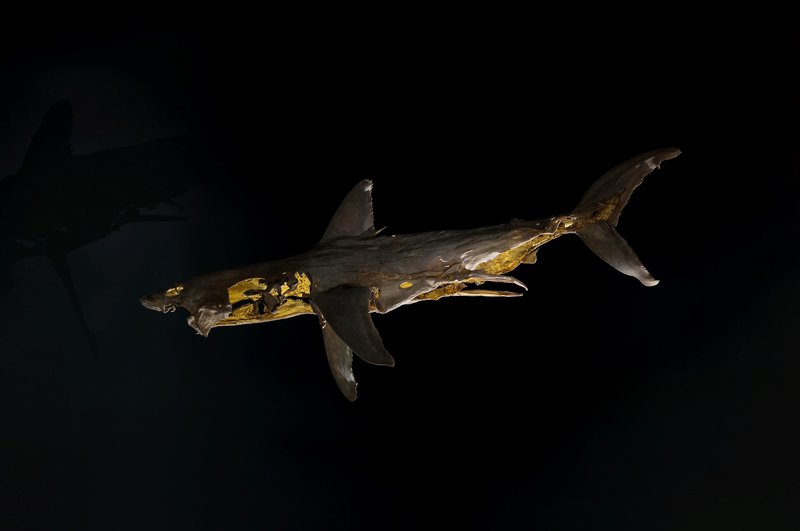 © Dorothy Cross / Courtesy of the artist

Images referred to in the lecture:

11.Chiasm Still from performance  soprano and tenor / projections of the worm Hole.

18.Putting oysters containing finger-tip bones on racks out into the lagoon.

30. Borrowed heart ( from Pitt Rivers Museum ) that was placed within the navy ship for Heartship