Drawing a line & making a sign: Tal R and Suzanne Brøgger in conversation

Drawing a Line & Making a Sign:
A painter and a writer share their experiences in the practice of art as a language of signs.
How does an idea become a picture or a book?
The importance of a drawing or a manuscript to proceed from.
Integrity:
What it is and what it is not.
And the mystery of why it never turns out as planned. 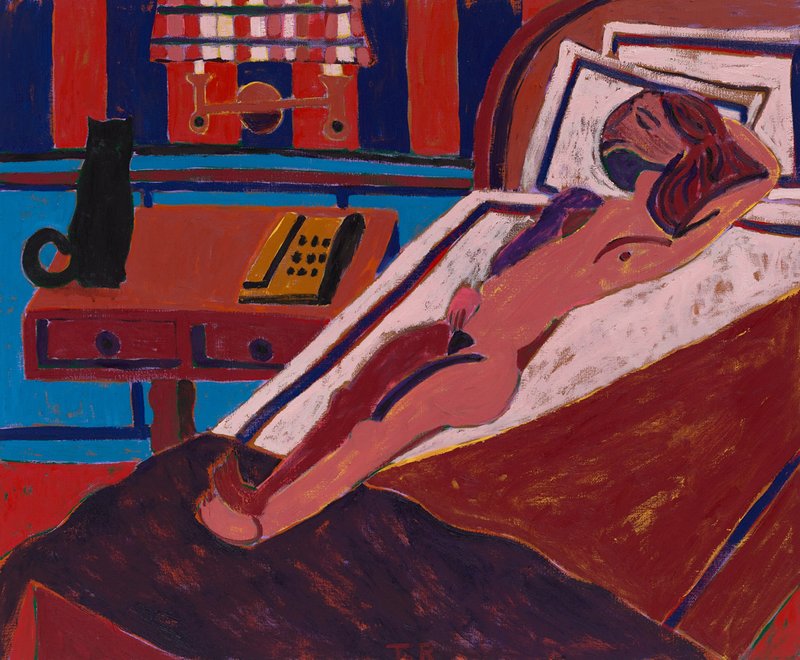 Suzanne Brøgger was born in 1944 and, after some years as a travel writer in the 1960s, published her first book, Deliver Us from Love (1973), an amalgam of essays, fiction, fantasy and memoir—which, in English translation, caught the attention, and praise, of Henry Miller. More than 30 books followed and a multitude of prizes. Her autobiographical trilogy of liberation, experimentation, and identity—Crème Fraiche (1978), Yes (1984), and Transparence (1993)—are perhaps the centerpiece of her oeuvre and placed her centrally in contemporary Danish culture. Other volumes include The Jade Cat (1997) Linda Evangelista Olsen (2001), and Soelve (2006). Her play, After the Orgy (1991), received The Scena Drama Award, Washington, DC, for best European play. Recent publications include Diaries, Legacies of Love (Granta, 2016); A Fighting Pig’s Too Tough to Eat & Other Prose Texts (Norvik Press, 2018); and Liberated (N.Y. 2020).