Drawn from the Fleming Collection

A collaboration between the Royal Drawing School and the Fleming Collection. 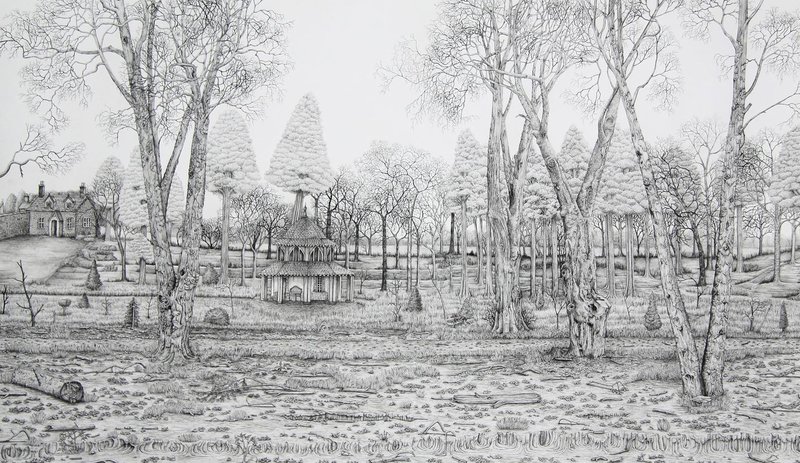 For this exhibition The Fleming Collection has invited nine alumni of the Royal Drawing School to select a painting with which they feel an affinity to hang alongside their own works with an accompanying statement supporting their choice. In some cases, these close encounters by the alumni with Scottish artists – including Colourists S.J Peploe, George Leslie Hunter and J.D.Fergusson – have also inspired a body of new work.

‘Drawing has always been central to the teaching of art in Scotland’, says director of the Fleming-Wyfold Foundation and Collection, James Knox, ‘the exemplar being Glasgow School of Art which has been renowned for its rigorous approach to drawing, particularly in the twentieth century and which has produced a string of great artists as a result. Significantly four alumni have chosen works by Glasgow’s finest including Alison Watt and Joan Eardley.’

The Scottish tradition provides fertile territory for the Royal Drawing School: ‘Many of our best students’ says director, Catherine Goodman, ‘come from Scottish art schools where drawing from life still has an important place.’ She continues: ‘The school’s approach is grounded in the belief that drawing is a primary language and a crucial route to innovation across the creative disciplines from painting, printmaking and sculpture in all its forms to film making, photography and design. Using the most limited of means, drawing offers some of the most demanding opportunities for growth to a contemporary artist.’

For the exhibition, some artists have relished the chance to create new work inspired by the example of their chosen master. Alumnus, Fraser Scarfe, says: ‘Drawing from art is perhaps more valuable than any art school dogma or instruction, and while the outcome may be of little use in itself, the act is one of discovery and meditation. I believe good artists learn as babies do; through mimicry.’ Scarfe was inspired by Victorian painter Samuel Bough’s Summer Evening, Cadzow to undertake a series of studies of a tree near his house, Tree near Burton Road, which pays homage to the ‘pragmatic nature of [Bough’s] painting’.

Other artists show existing work from their studio, not all of which are drawings but which are rooted in their ability to observe subjects through drawing, to convey the greatness of the Scottish artists on view. Timothy Betjeman chose Joan Eardley’s Field of Barley by the Sea, which chimes with his interpretation of the Manhatten skyline. He admires Eardley’s ability to convey scenes ‘which are disorientating because they contain an overabundance of information…’ reflecting that: ‘Painting from the back ropes in this way opens the potential to record experience as it is happening… [rather] than an illustration of studied …or falsified information.’

Drawing - After The Wind Howled by Olivia Kemp