This discussion will centre on the character and role of drawing in the oeuvre of Louise Bourgeois as it evolved over the course of her long career. For Bourgeois, drawing was an exercise in looking, thinking, and feeling. In the beginning she made academic studies and likenesses, but as she found her artistic voice, she developed a highly idiosyncratic iconography of forms and stylistic devices. There is a movement from the observation of external reality to the rendering of her inner psychic landscape. The immediacy and intimacy of her drawings make them almost like a diary. The line between writing and drawing is porous and often disappears altogether. Bourgeois’ singular line is a sensitive instrument able to capture every feather thought or twitch of the unconscious. The discussion explores and clarifies the relationship between conscious and unconscious in Bourgeois’ drawing. As the artist once wrote, “drawing is the most basic psychological release”. 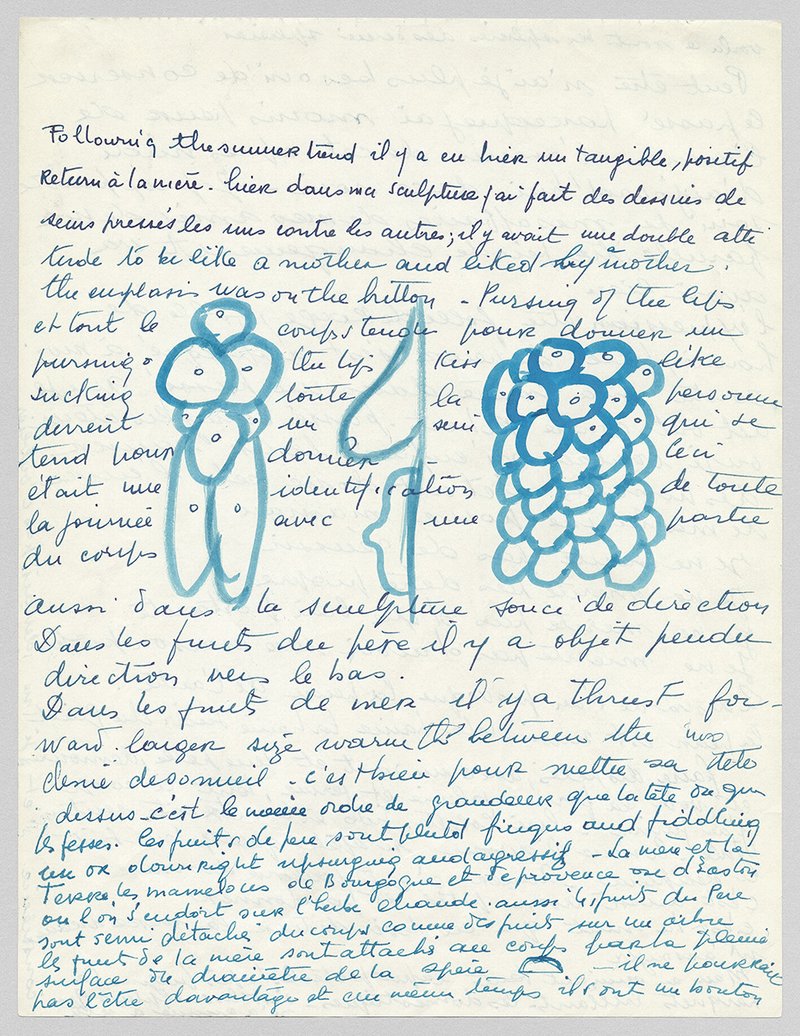 Jerry Gorovoy (1953) was Louise Bourgeois’s longtime assistant and is now President of The Easton Foundation, which administers the artist’s legacy. Gorovoy had the privilege of working with Bourgeois for 30 years and of observing her process up close. He first curated a show of Bourgeois’ drawings and paintings in 1980, and would go on to organise many other exhibitions internationally.

Philip Larratt-Smith (1979) is a writer and independent curator based in New York and, since 2019, Curator at The Easton Foundation. Most recently, he curated the exhibition Louise Bourgeois, Freud’s Daughter at the Jewish Museum in New York. He is currently preparing Bourgeois’ psychoanalytic writings for publication with Princeton University Press.