Longtime friends Mary, Sam and Pat talk drawing, poetry and animation, and the life of an artist. 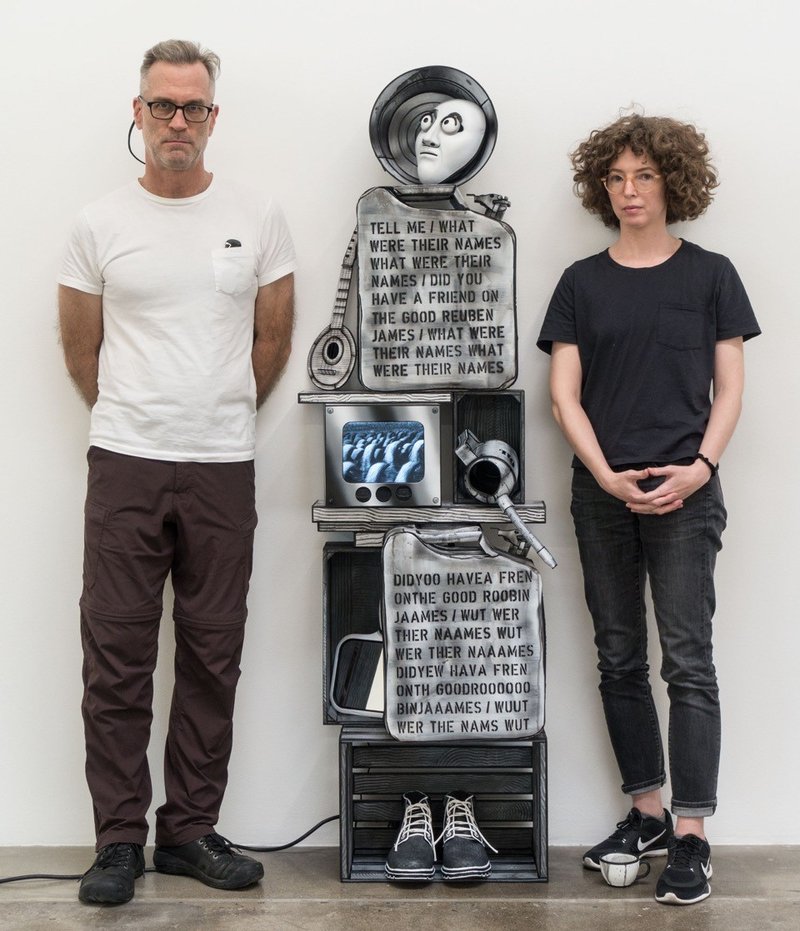 
Sam Messer, 'Denis The Pirate' based on a story by Denis Johnson. Courtesy the artist / ⓒ Sam Messer.

Sam Messer has been exhibiting paintings, sculptures, prints and animations for four decades. Over the years Messer has become known for creating iconic bodies of work. He has also collaborated with writers including, Denis Johnson, Paul Auster, Jonathan Safran Foer Brother Richard Hendricks and Sharon Olds.

Denis the Pirate, is one animation comprising 1700 etchings, made over eight years to a story by Denis Johnson and was shown at the Wadsworth Atheneum Matrix series and as part of the recent Floating Cinema- Unknown waters in Venice, 2021. Messer also has created over 300 short one minute animations using I Motionpro, combining his traditional drawings with iPhone drawings. These were under the banner “Years of the Cock” over the past four years, seen in the tradition of social and political critique. His work can be found in major collections such as the Whitney Museum, the Metropolitan Museum and the Museum of Fine Art Houston. Messer previously taught at the Yale School of Art for twenty five years and was the Associate Dean. It was during that tenure that he first met Mary Reid Kelley as a graduate student.

Cover image: Sam Messer, 'still from animation 'Denis The Pirate' based on a story by Denis Johnson. Courtesy the artist / ⓒ Sam Messer.