British artist Tom Hammick (b.1963) is a painter and printmaker who studied at The University of Manchester and Camberwell College of Art. From Japanese woodblock prints to Northern European Romantic painting and contemporary cinema, Hammick’s work takes inspiration from a wide variety of sources. He has described landscape in his work as a metaphor, exploring an “imaginary and mythological dreamscape.” He is represented by Flowers.

Hammick won the V&A Prize at the International Print Biennale, Newcastle, in 2016, and has his work in many major collections including the British Museum, the V&A, Bibliotheque Nationale, de Deutsche Bank, Yale Centre for British Art and The Library of Congress, Washington DC. He is recipient of The Albers Fellowship 2019 and has recently been commissioned to produce 50 woodcuts made to coincide with the publication of The Making of Poetry: Coleridge, The Wordsworth’s and Their Year of Marvels (William Collins) written by Adam Nicolson. 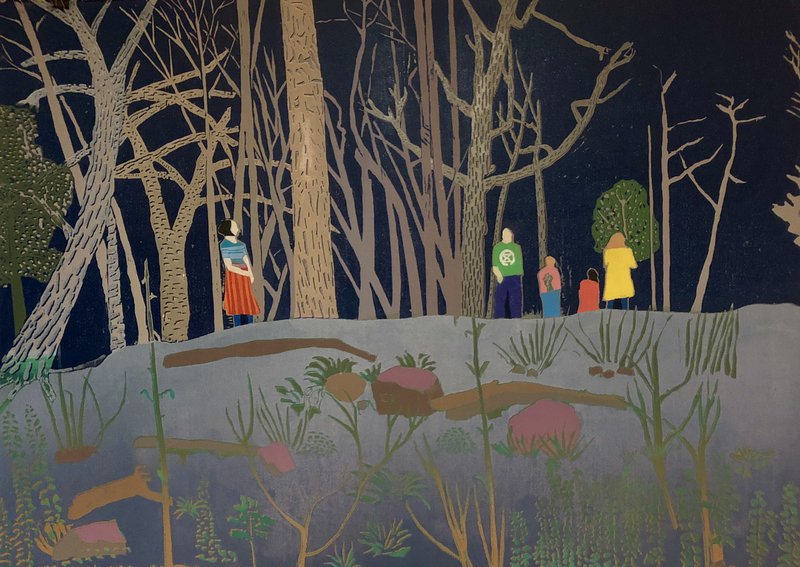