As well as nine London solo exhibitions, Timothy Hyman has exhibited widely, and his paintings and drawings are in many public collections, including Arts Council of England, Royal Academy, The British Museum, Deutsche Bank, British Council, etc. He was elected RA in 2011. Trained at the Slade School of Fine Art, he has taught there part-time since 1979, and in many other art schools (RCA, St Martins, Glasgow etc.) and in museums (including Tate, Whitechapel, MOMA New York, National Gallery). He has a long standing connection with India, especially Baroda, and wrote a book on Bhupen Khakhar. In 1979, he mounted the controversial touring exhibition Narrative Paintings (ICA etc); he was lead curator for the Tate's Stanley Spencer retrospective in 2001, and co-curator (in Ghent, 2007) of British Vision. Thames & Hudson have published his monographs on Bonnard (1998) and Sienese Painting (2003). He has published many articles on contemporary figurative painting in TLS, London Magazine, Burlington Magazine, Artscribe etc. In 2011-12, he was Artist-in-Residence for Maggie's Cancer Caring Centres.

My own principal reason for going out drawing is to renew my sense of space, of being in the world; if I stop drawing for several weeks, I find my spatial invention goes dead in my paintings, and my art becomes schematic. But I also draw because the specific – a friend's face, a familiar London Street – has appeared before me as a moment of seeing, as an epiphany, to which I must somehow respond. As a teacher, I hope to transmit the instability and flux and surprisingness of visual experience – for example, the unmeasurable counterpoint of crowd and traffic, moving against the stillness of architecture. I can't teach drawing as a "skill", since I often flounder. Two favourite Bonnard quotations: Drawing is 'The Transcription of the Adventures of the Optic Nerve'; and a definition of art – 'Many little lies for one big truth'. 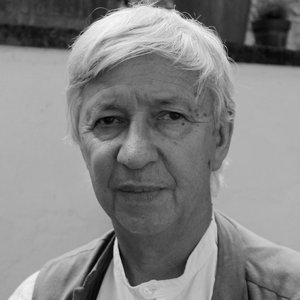