Daniel MacCarthy (b. 1986 Oxford) graduated in 2011 from The Drawing Year at The Prince's Drawing School (now the Royal Drawing School) after a History degree at the University of Sussex. He lives and works in East London. Daniel's work encompasses painting, printmaking, drawing and photography and he uses combinations of photography, observation and memory to create works that contain narratives, often concerning the emotional aspect of memory, landscape, and myth. He has been invited to participate in several artist's residencies including Giardini la Mortella botanical gardens on the island of Ischia, Dumfries House in Scotland and Anatums Abode in London. He exhibits frequently in Herefordshire as well as in London. MacCarthy has taught with the Royal Drawing School's Drawing Clubs and also paints murals as a way of supporting his practice. 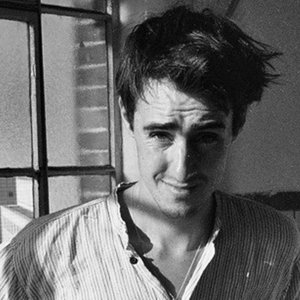