Born in London in 1970, Daniel Preece lives and works in London. He studied at Chelsea School of Art from 1988–9, the Slade School of Fine Art from 1989-93 and on The Drawing Year at The Prince's Drawing School (now the Royal Drawing School) from 2006-7. In 2011 he was travelled to India for the Royal Drawing School's International Teaching and Art Residency at IIFA, Modinigar, India. He was Artist in Residence at Kensington Palace in 2008–9 and in 1995 he was awarded a Boise Scholarship to travel and make work in the USA. Daniel was runner up in the Laing Landscape and Seascape Award in 2001 and won second price in the Gilchrist Fisher Memorial Prize for Landscape painting in 1997. He has exhibited widely with his work being included in the group exhibition for the Lynn Painter-Stainers Prize 2013, the Threadneedle Painting Prize in 2009, the Allen Gallery New York in 2008, with Angela Flowers ‘Small is Beautiful’ in 2013 and Five New Artists at Purdy Hicks in 2002. Made directly from observation, his paintings are mainly about the urban environment. They have evolved from a pictorial landscape tradition to create work with a sense of place and space by exploring formal issues in painting and using a dynamic colour palette. 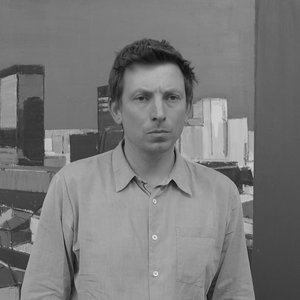