Tim Patrick is a Brighton & London based artist and has previously studied in Florence, Italy at Charles Cecil Studios. Tim graduated in 2013 from the University of Brighton with First Class Honours. and received the Seoul University of Korea Award for Fine Art. How people move through the world and the spaces they occupy is important to his work.  His sits between observation and narrative, and is concerned with formal aspects of picture making.  He has work in private and public collections, in the UK and abroad, most notably in the Aldrich Collection. and the Firle Estate, East Sussex. Tim has recently been shortlisted for the Sainsbury’s scholarship in Painting and Sculpture, and exhibited in the 2013 and 2014 Jerwood Drawing Prize. 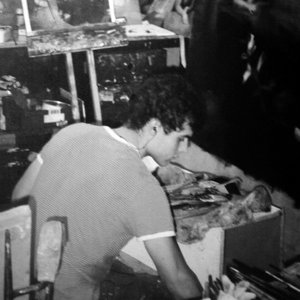