Born in 1973, Orlando Mostyn Owen is a painter currently living in London. He received a B.A. with honours from the Ecole Nationale Superieure des Beaux Arts in Paris, subsequently frequenting Sebastian Matta and participating in Valerio Adami’s annual summer colloquiums at the Fondazione del Disegno on the Lago Maggiore.  He worked in Paris for ten years, exhibiting with Deborah Zafman and the Galerie Polad-Hardouin, and founding the International Bongo Bongo Brigade with Humberto Poblete Bustamante and Andrew Gilbert. His work was described by Philip Roth as ‘Savage in its own quiet way. Or quiet in its own savage way’ and has received numerous prizes, amongst which the Prix de Dessin at the Academie des Beaux Arts, the Prix de Peinture Paul Louis Weiller, and the prix Grace de Monaco in Monte-Carlo. He was a representing Italian painter at the Venice Biennale in 2011. He has curated various shows, including an exhibition of Eugene Leroy drawings at the Musee Eugene Leroy in Tourcoing, and has exhibited extensively in Paris, Berlin and London. His work is in numerous private collections, as well as French national collections. 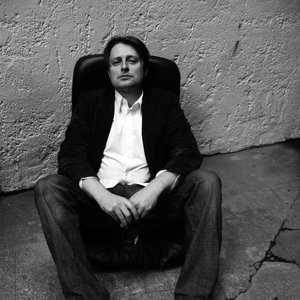