Frank Auerbach, has been described as a "painterly genius" and as "one of the most impressive painters living today". When describing Frank Auerbach's great retrospective show at The Royal Academy in 2001, David Sylvester of 'The Listener' declared it "The most exciting and impressive first one-man show by an English painter since Francis Bacon in 1949." Frank Auerbach's other major shows include his first retrospective (1978) at the Hayward Gallery, London, The Venice Biennale (1986), where he won the Golden Lion prize and the National Gallery (1995), where he presented drawings made over a thirty-year period from his paintings that preside in the National gallery's collection. Frank Auerbach's work is also in the permanent collection at the Tate Gallery. 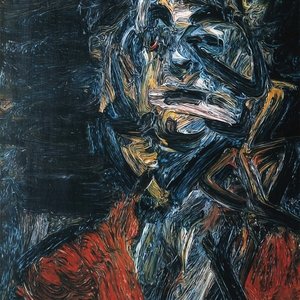