Drawing Year alumna Nell Brookfield is currently studying at the Pratt Institute in New York. Here she gives us a round up of the exhibitions that she has visited, the books that she is reading and the podcasts that she is listening to...

In December 2018, after I graduated from the Royal Drawing School’s Drawing Year postgraduate programme, the RDS awarded me a term at RISD, in Providence. Spending six weeks on the East Coast gave me the confidence to consider moving to America. This August I started an MFA in Painting and Drawing at the Pratt Institute in New York City.

Thirty-five house viewings, a bad haircut, a delayed Ikea delivery leaving us bed-less, many, many subways in the wrong direction, an uncertain amount of misunderstood sarcastic jokes later, I found myself in my new apartment in Bed-Stuy, Brooklyn. About half way into unpacking my things, I went onto the patio to get some summer air, only to come face-to-face with a dead goat. The dead goat had been skinned, and lay on top of a shopping trolley in my neighbours garden. The legs stood straight up, the yellow skin and fur beneath it drying in the sun. Every day for two weeks our neighbour would take a stick and beat the dead goat. My flatmate and I watched from the crack of the garden door, too intrigued not to watch the decaying animal beaten into different shapes, yet too afraid to face it fully.

Turns out living in New York is not like an episode of Friends at all. I’m not sure how that group of fictional people managed to carve out so much time to do nothing at all in a city where the energy and pace of life continues seven days a week. It also seems that even if you are an English person who has watched every episode of Friends, you might still be in store for a culture shock. All this considered, I have begun to ease into life here, and have become accustomed, even fond, of the dead goat. Here I would like to share with you some of the things I’ve been listening to, seeing, and reading.

Starting Art School means you have agreed to make yourself vulnerable. It means you have opted to make work in a communal space that will be constantly viewed by peers and teachers, which is exciting and embarrassing, and normally contains a mix of trust and fear. Brené Brown’s Ted Talk about vulnerability is something which I find myself going back to, especially at the beginning of term. Brown describes being vulnerable as a way of letting go of who we want to be, and allowing ourselves to be who we are. It requires honesty, and room for mistakes to be made, all of which, I think, can be applied to studio practice and creating connections in a new institution.

T.C. Cannon, a Native American artist working in the USA during the 1960s and 1970s, had a retrospective at the National Museum of the American Indian. His brightly coloured oil paintings reflected on the political and cultural climate around him, and his experience as a Vietnam War Veteran. Cannon was a musician and greatly inspired by Bob Dylan, the music he listened to whilst painting, played around the exhibition. 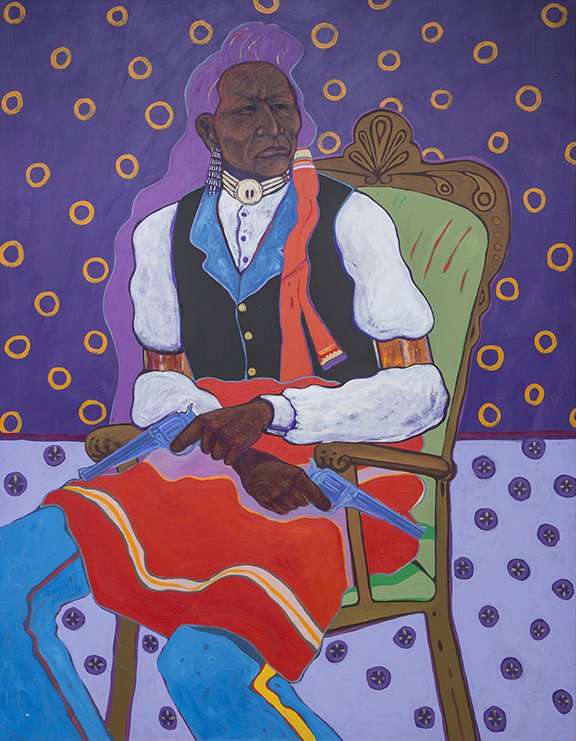 Last month Sarah Sze’s latest exhibition opened at the Tanya Bonakdar Gallery. Sze’s sculptures look, to me at least, as if she’s put all the images we are constantly bombarded with into a blender, on a low setting, and created calm moments from chaos; allowing the viewer to step back and see the information around us differently. In London, Sze’s work can often be seen at the Victoria Miro Gallery. 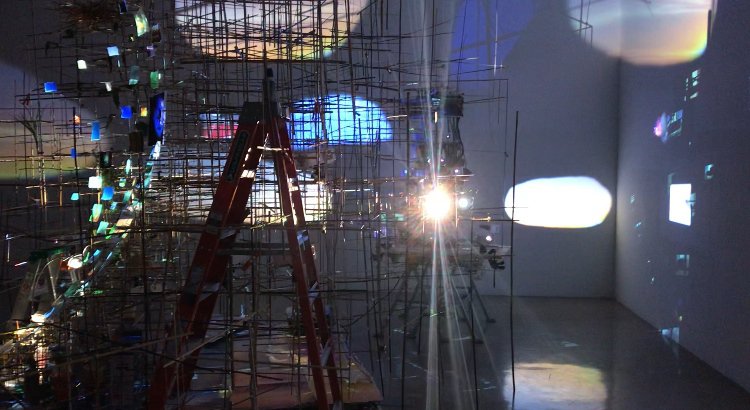 Hayv Kahraman’s most recent exhibition at the Jack Shamain Gallery shows a series of paintings and drawings of female bodies contorted into shocking positions that appear both painful and sexual. Yet the faces of the women remain calm, unphased, and strong. Kahrman argues that the energy it takes to conform to society's norms, which she describes as a survival technique, forces an individual to lose part of themselves and causes intense pain. To make this body of work, Kahraman collaborated with twelve dancers at her studio in LA, helping her to remember childhood ballet classes in Baghdad before she fled Iraq with her family in 1992. 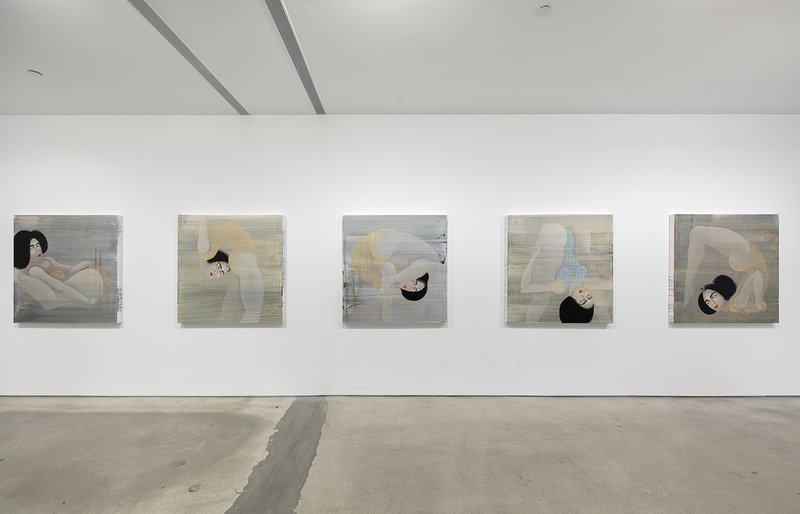 On the 6th floor of the 2019 Whitney Biennial Nicole Eisenman’s Procession of sculptures made from both traditional (bronze and plaster) and non-traditional (clothes, fog machine, resin, foam, bin lids, gum) were set against the backdrop of the city, creating a similar layering technique to that of her paintings. 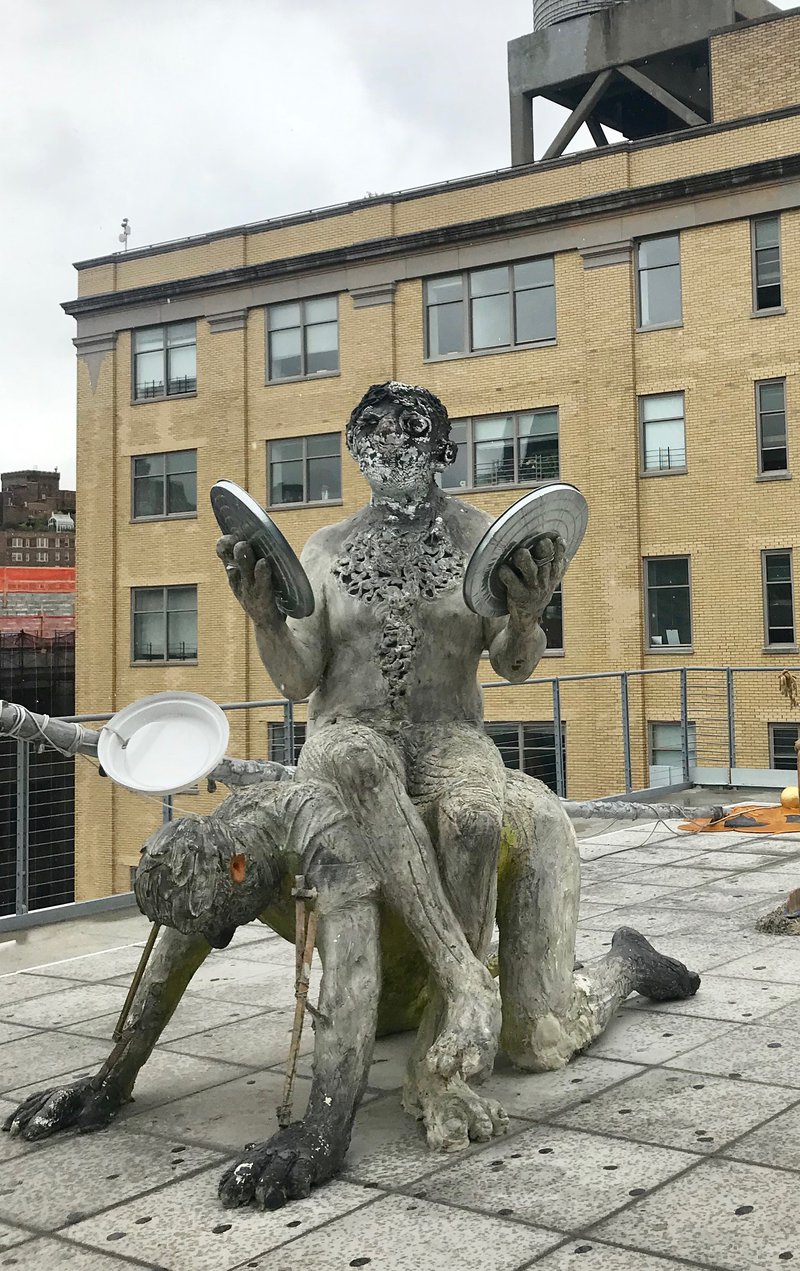 Lubaina Himid, who won the Turner Prize in 2017, had her first solo exhibition in the US, at the New Museum. Himid looks closely at marginalised histories and questioning the historical invisibility of people of colour in art. In the exhibition a work called Old Boat/New Money is made of thirty-two wooden panels painted with Cowry Shells, the currency used in the transatalntic slave trade. Here Himid draws attention to the all too often unseen legacies of the colonial exploitation that remains present in our architecture. I recommend listening to Lubaina Himid’s Desert Island Discs 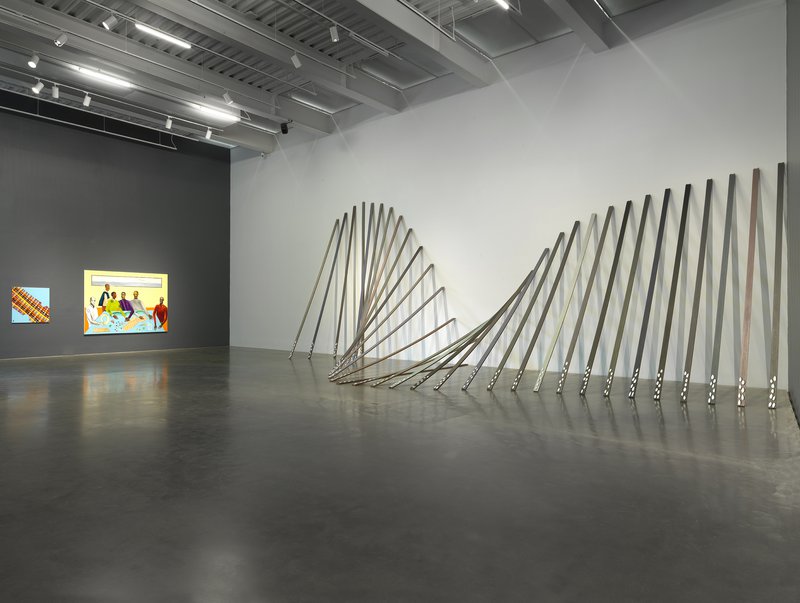 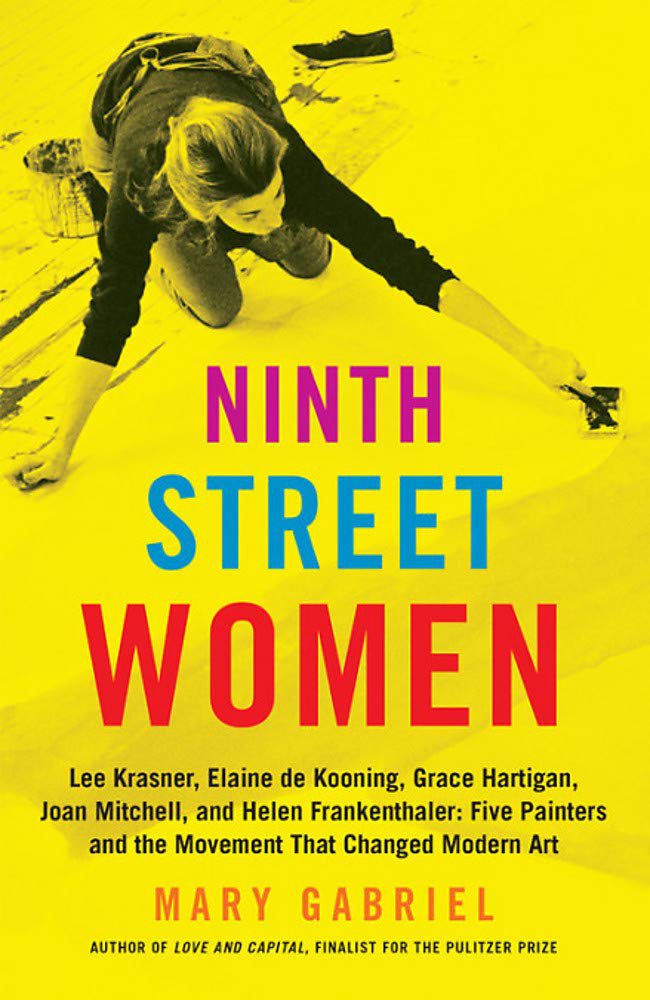 The book Art in Theory 1900-2000: An Anthology of Changing Ideas (edited by Charles Harrison and Paul Wood), contains many provoking interviews and art theories. This month I particularly enjoyed reading Eva Hesse’s interview with Cindy Nemser. Hesse speaks about her determination to make work, her strive for honesty, how she always questioned how far she could push the materials she used, and the way she considered her art and her life to be inextricable. The “Eva Hesse” Documentary is also a heartbreaking and inspiring watch, and shows how Hesse transformed all of the pain in her life into art. 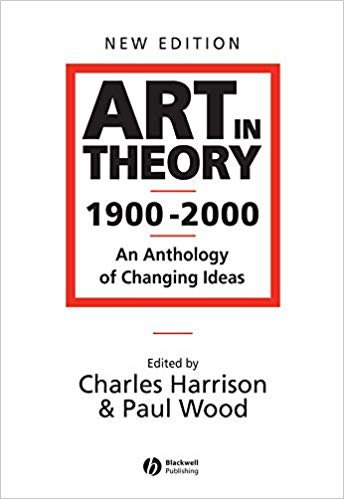 The Lady Vanishes, the first episode of Malcom Gladwell’s Revisionist History podcast, looks at how artist Elizabeth Thompson was rejected from the RA, despite her painting ‘The Role Call’ being hung in the academy in the 19th century. Gladwell looks at the concept of moral licensing and how opening a door for one person allows the door to be closed quickly behind them for anyone else. A woman was not elected into the Royal Academy until 1936.

Katy Hessel, of The Great Women Artists Instagram (@thegreatwomenartists), has a fascinating new podcast in which she interviews someone in the arts weekly about their favourite female artist. In the first episode Hessel interviews Eleanor Nairne, the curator of the recent Lee Krasner exhibition at the Barbican Centre. 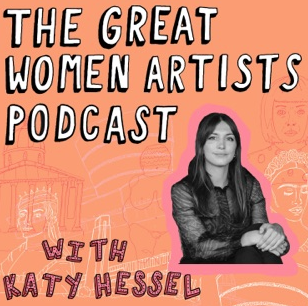 The sad news of Francisco Toledo’s death was announced in early September, he was an Mexican artist whose presence will be dearly missed in his native Oaxaca.

Thank you for reading...

Contact me here with any questions or news: @nellbrookfield / nelltb@gmail.com