Van Gogh: Drawing and the Everyday

As our Summer School course Van Gogh: Drawing and the Everyday approaches, we take a look at five drawings which either feature, or are related to artwork on display in Tate's current exhibition Van Gogh and Britain (27 March - 11 August 2019).

The course includes a visit to the exhibition, and looks at Van Gogh's freedom from rules, his artistic development, his dreams and influences as a source of inspiration. 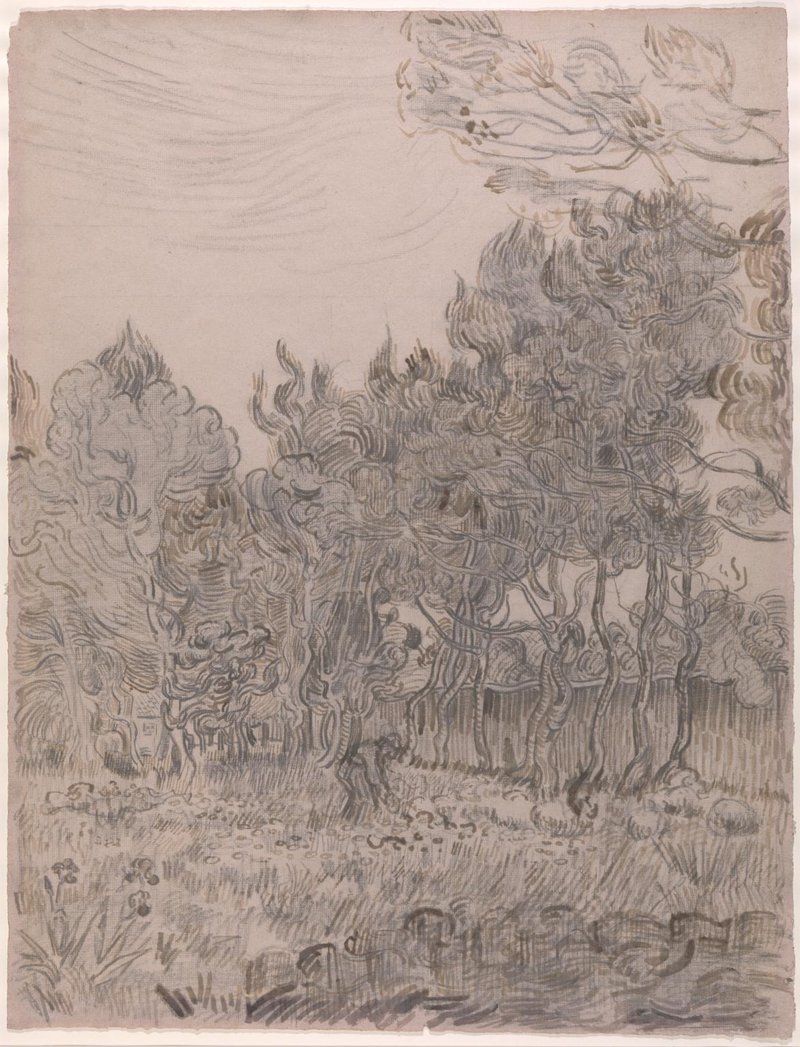 There is no mention of this drawing in van Gogh's letters. Its very twisted, writhing forms suggest that it was made at the time van Gogh was staying at the Hôpital St Paul at St Rémy. It appears to be a view of the hospital garden itself. The irises in bloom in the bottom left-hand corner suggest it was made in the early summer. 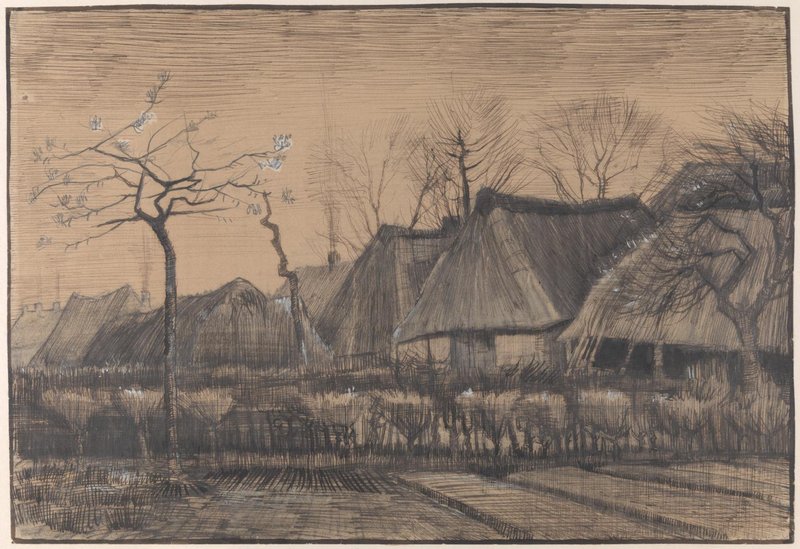 This depicts a group of cottages at Neunen in Brabant. The cottages are similar to a group that appear in an oil painting known as 'Village at Sunset'. Van Gogh mentioned this and two other drawings in a letter to a friend. Of one of them, he said, 'I had to do it roughly and quickly for the time was rather short for catching the right effect of light and shade, and the tone of the scene, and Nature as it was at that very moment.' 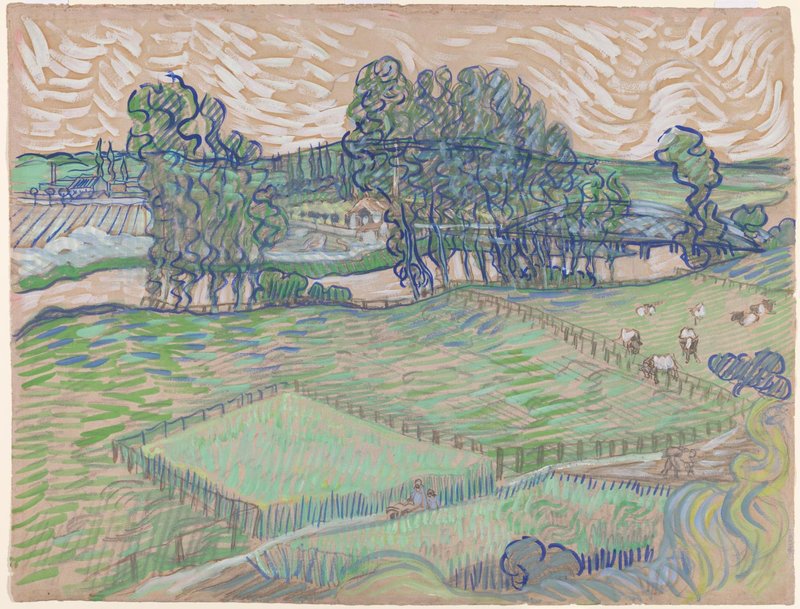 This was drawn during the final months of the artist's life, after he moved to Auvers-sur-Oise in May 1890. It represents a view looking across the river Oise towards Méry and the Paris road. The view is taken from the top of a high and very steep embankment above a railway line. The old bridge of Auvers (since replaced by a modern structure) is on the right. The plumy forms in the bottom right-hand corner suggest the smoke of a passing train. It would appear that the trees along the riverbank are purely an imaginative addition by the artist. The work has been affected by fading and the colours are no longer as strong as they once were. 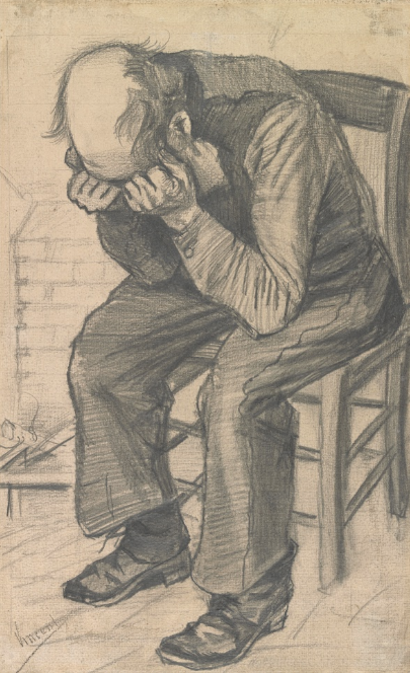 'What a fine sight an old working man makes, in his patched bombazine suit with his bald head,' Van Gogh wrote about this drawing. The artist had a penchant for working-class figures, marked by life, and the title Worn Out emphasizes the dramatic element of his chosen theme. 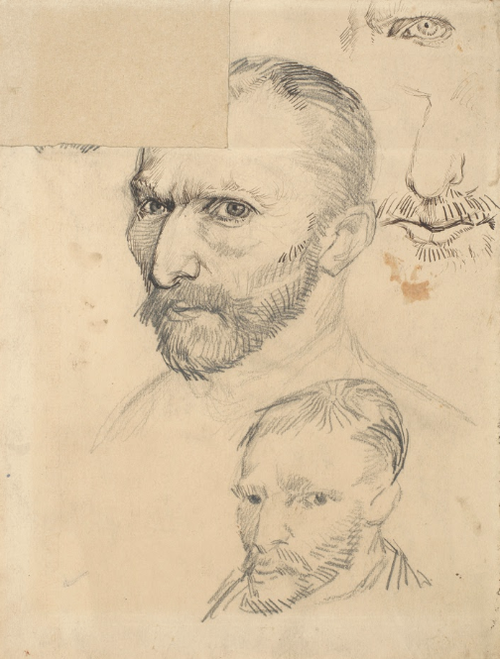 On this sheet of paper, Van Gogh drew two complete self-portraits, plus a few details in the upper right. The upper left corner of the sheet is missing. A few pencil lines are visible under the missing section – probably part of a beard. So this seems likely to have been another small self-portrait.

In these drawings, Van Gogh used a great deal of hatchwork to show the shape of his face. He also used fine lines to render shadows, like those around and between his eyes. These may have been sketches for a painting; he drew himself several times from the same angle.