The Drawing Year gave me the opportunity to come to London, something I have been dreaming of doing since I was 14 years old. During the year I met so many amazing people and artists and I was able to concentrate on my practice for a year and a half. Now I live in London, I have a home here and friends.

I originally studied Fine Art (Painting) at the Faculdade de Belas Artes in Lisbon before joining The Drawing Year. Even though my BA course was very free it was also, in a way, traditional. We had drawing classes, where we drew from life models as well as painting classes. However, because it was a four-year course, we also had a lot of time to focus on our own practice. So, when I started The Drawing Year it wasn’t all completely new, which was good because it was still very overwhelming. Moving to London, speaking English every day, making new friends and drawing in front of my new class, felt quite daunting at the beginning but also amazing - it all felt like a dream.

The main differences I found between my BA and The Drawing Year was increase in intensity. I probably ended up drawing, just in classes, about 24 hours a week. On top of that I would always go to the studio at least twice a week. This fast pace makes you forget your inhibitions and think less about what you can or cannot do in your practice, you just get on with it. The other big difference I think was the fact that I was older, more experienced and excited to learn more. Also, the tutors gave me so much room to experiment; there is a lot of space for imagination and the development of your own personal language. The Drawing Year required me to really push my boundaries, it made me think about drawing in a different way. I now realise that anything can be brought to my own practice, anything can be a subject for me. 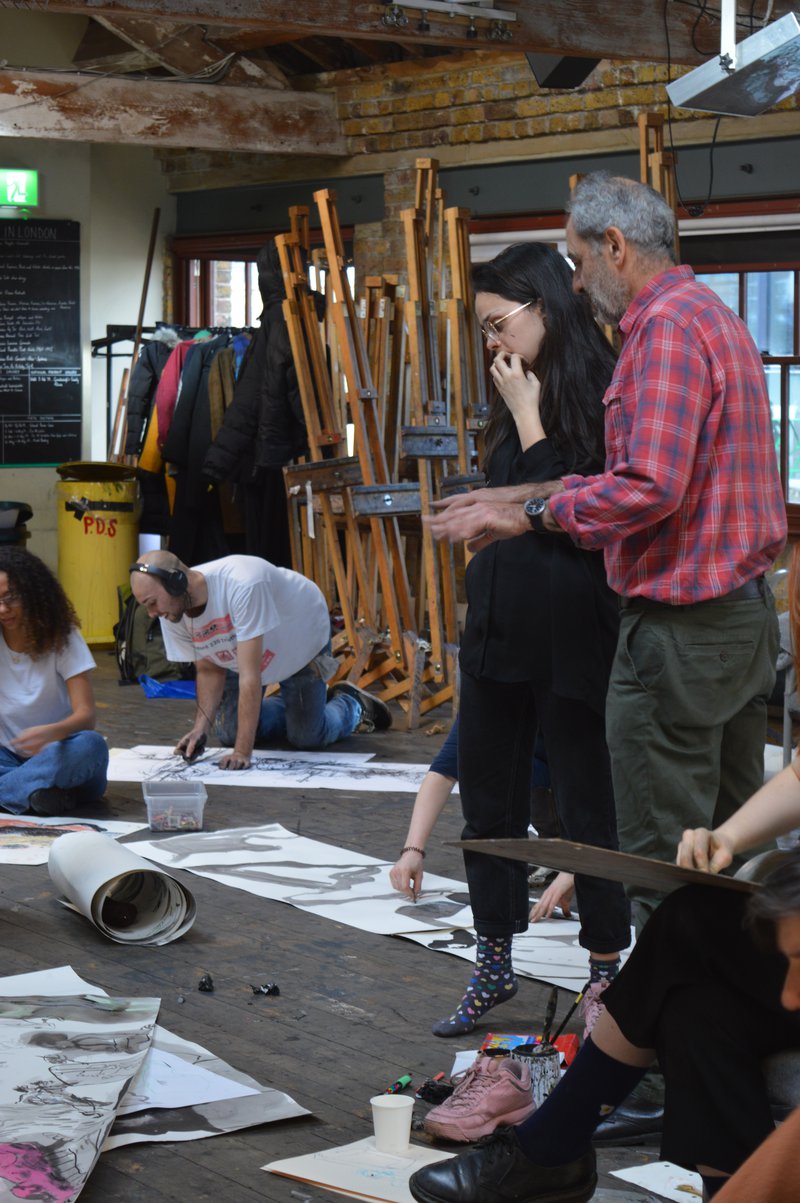 I remember one day on the British Museum course, I was drawing from a Mexican bas relief, and the knee of the figure I was drawing was represented as a circle, I never thought that a knee could be shown as a circle until I drew from that image, and of course it can. Now a lot of times I am representing knees in my work I think of that. It helped me to gathering a bigger and more inventive vocabulary. Now I never visit a museum without a sketchbook and a pencil.

I realised that by the end of the first term I could work completely from imagination when I was working in the studio. I could develop full intricate images between my mind and the paper, something I was never be able to do before. This changed my practice a lot, I started to feel much more connected to the work I was producing. Now there is a line of thought that goes through all my work.

The courses that most impacted my practice were the ones that I did in the first term. Drawing a Head, Drawing a Story and Drawing at The National Gallery. Drawing a Head gave me time to practise something I had always found difficult; I always thought that I was very bad at drawing portraits, I understand now that I only needed a little bit more practise but mostly patience and confidence. I now don’t have to shy away from faces and expressions in my work, and it’s one of the reasons why my worked changed so much. 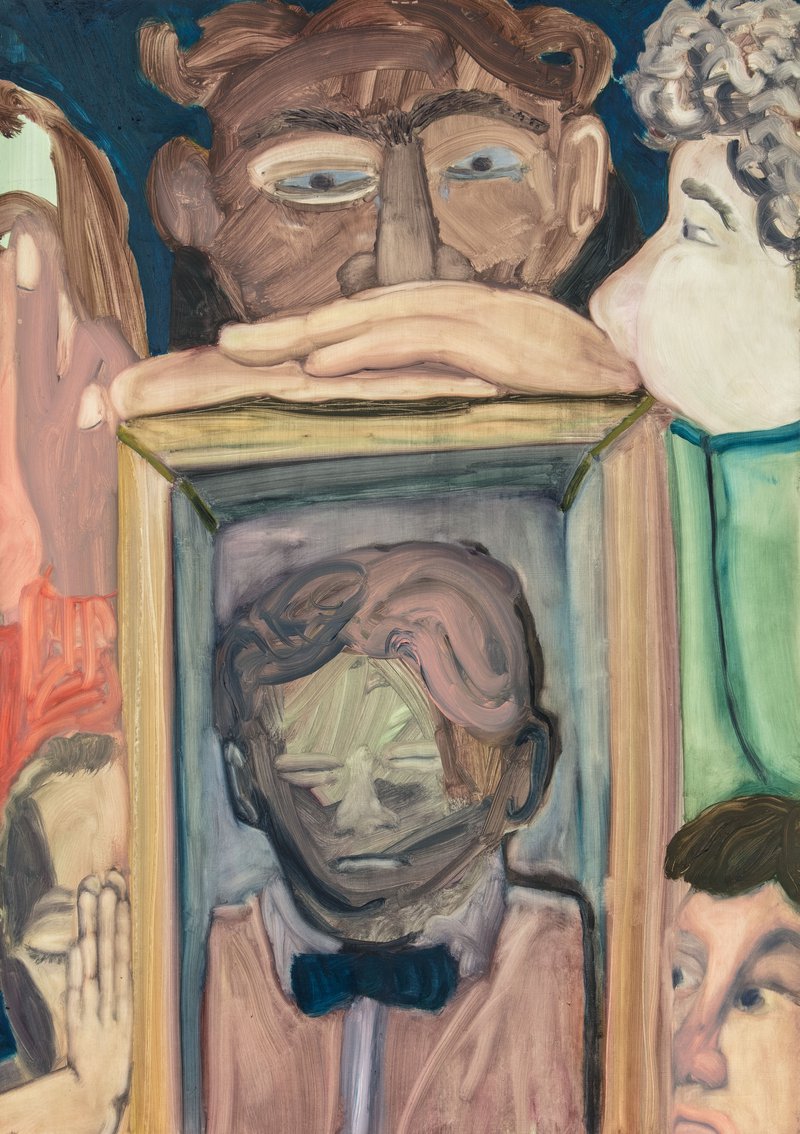 Drawing a Story was just a class that I really enjoyed. It made me push my imagination, and even now I still really like some of the drawings I did in that class. I found it very entertaining to create, in between the set we constructed and the model in front of me, a believable image of a situation and a space that was more than an interior of a life drawing class.

In the Drawing at The National Gallery course I learnt so much about composition and movement in paintings, and in turn I discovered a lot about drawing too. It was a class that really pushed on my concentration levels; I found it really hard in the beginning as the space is so loud, there are so many people around, and I didn’t really understand what my place was in there. Initially I felt like we were trying to imitate Old Masters and I couldn’t understand why; I knew I would never be technically as good as them. However, in the end this course made me understand how a painting is different form a drawing, and how I was not imitating but producing my own interpretation. 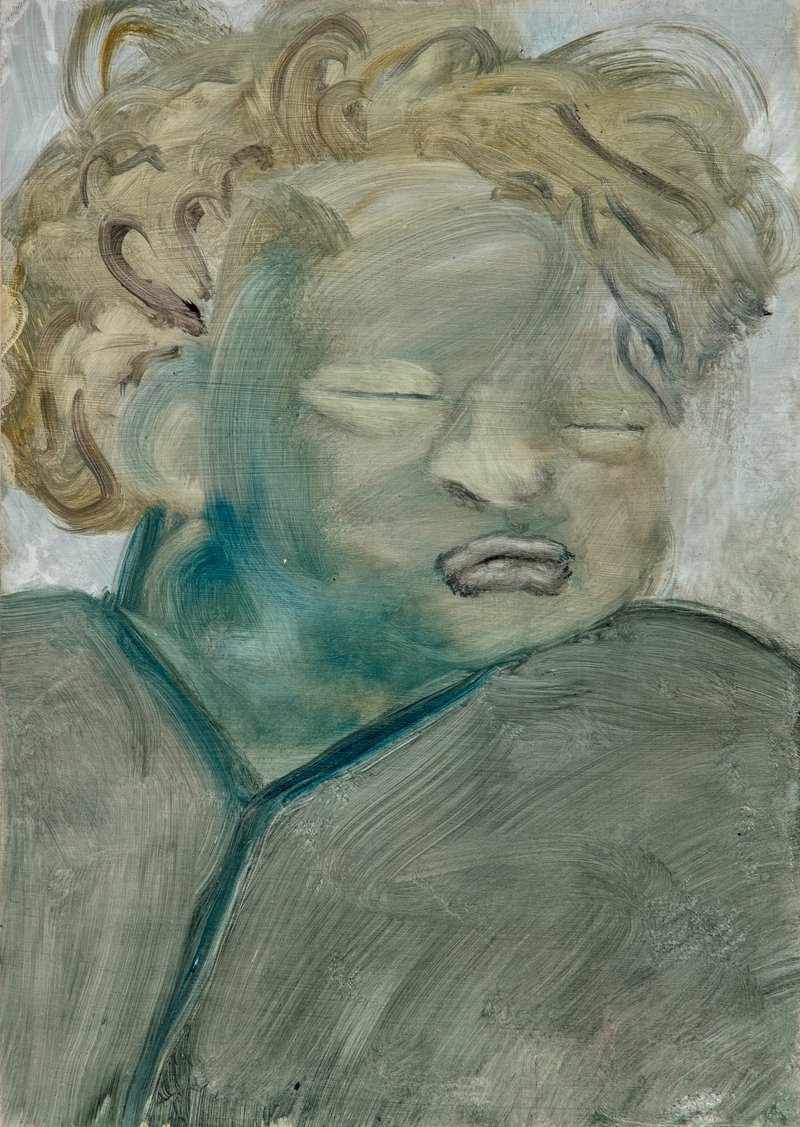 I have exhibited in group exhibitions including Bee Urban and High Hang organized by Drawing Year alumni Jack Fawdry Tatham and Mark Connolly, respectively. I also exhibited at Maison Bertaux with some of my Drawing Year colleagues and friends, and was one of the finalists in the Delphian Gallery Open Call in 2019.

Now that the year has come to an end, I am hoping to do some residencies with the Royal Drawing School. I have decided to stay in London, at least for the next few years to come. I have a studio and I plan on continuing working on my practice. After this experience of concentrated drawing, creating interesting images, now I want to push this further and extend it into my painting practice. 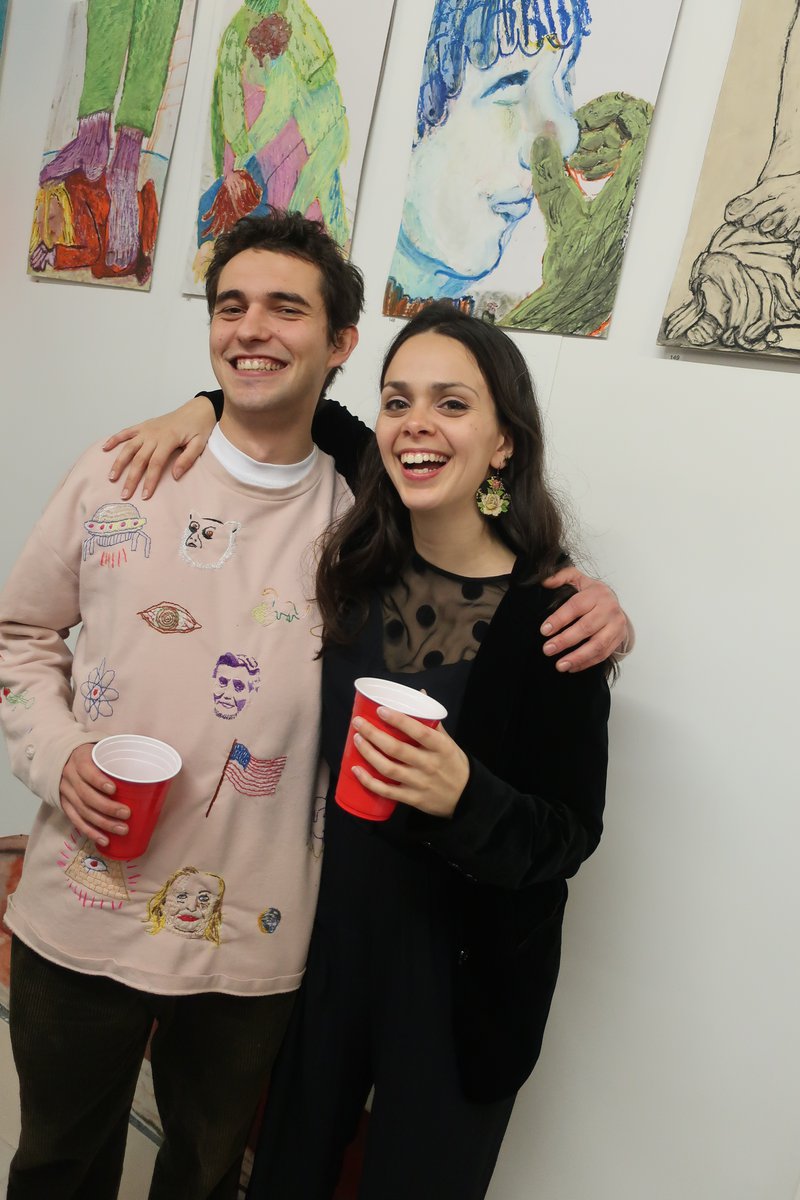