Drawing Year alumnus Jonathan Farr was the recipient of the 2013-14 Sir Denis Mahon Award, created to give a recent graduate of The Drawing Year the opportunity to continue to focus on drawing from observation and to develop their work. The Award runs from March to March and provides a £5,000 bursary, studio space for the duration of the year, and an exhibition.

Jonathan Farr graduated with a BA in Sculpture from the Slade in 1997, and then lived and worked as an English language teacher, magazine illustrator and children’s book author and illustrator in Barcelona and Mexico City until 2009 before applying to the Royal Drawing School’s Drawing Year postgraduate programme. He now lives and works in London and Bristol. We asked him to tell us about his experience of The Drawing Year in 2011, and more recently, the Sir Denis Mahon Award year.

I applied to The Drawing Year because I wanted to find out if drawing could be for something else; a means to an end instead of an end in itself. I’d been drawing as an end in itself and needed to shake up the way I was drawing. Having been drawing largely on my own for years, I wanted to be with a group of artists who were similarly interested in drawing from observation. 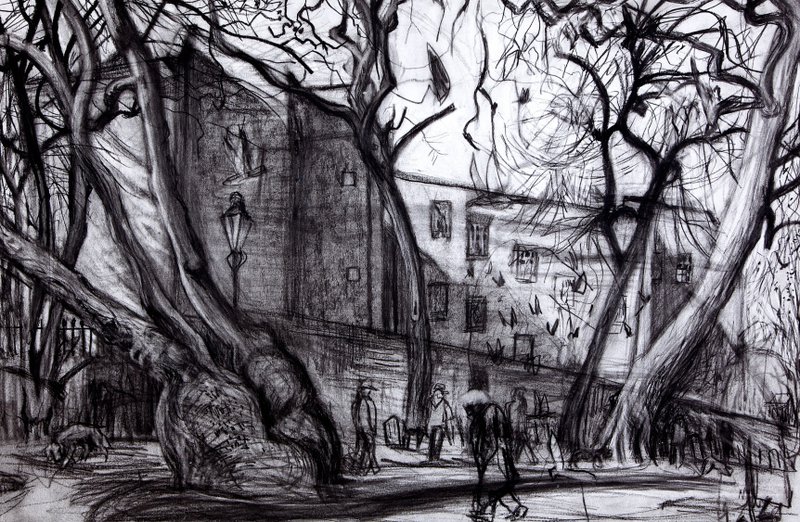 The Drawing Year changed my approach to drawing – it made me loosen up again. I think it also helped me edit my drawings and let go of detail, to make much clearer, simpler drawings in contrast to the ever more detailed ones from observation that I’d been making prior to The Drawing Year. It also helped me to realise that drawing can help painting; it can be a way into making a painting work rather than floundering in endless possibilities and muddiness. The painting trip to Lybster in Scotland at the end of The Drawing Year was a fantastic experience in that it helped to demystify oil painting and break my fear of it, and made me feel painting was something I wanted to continue with. 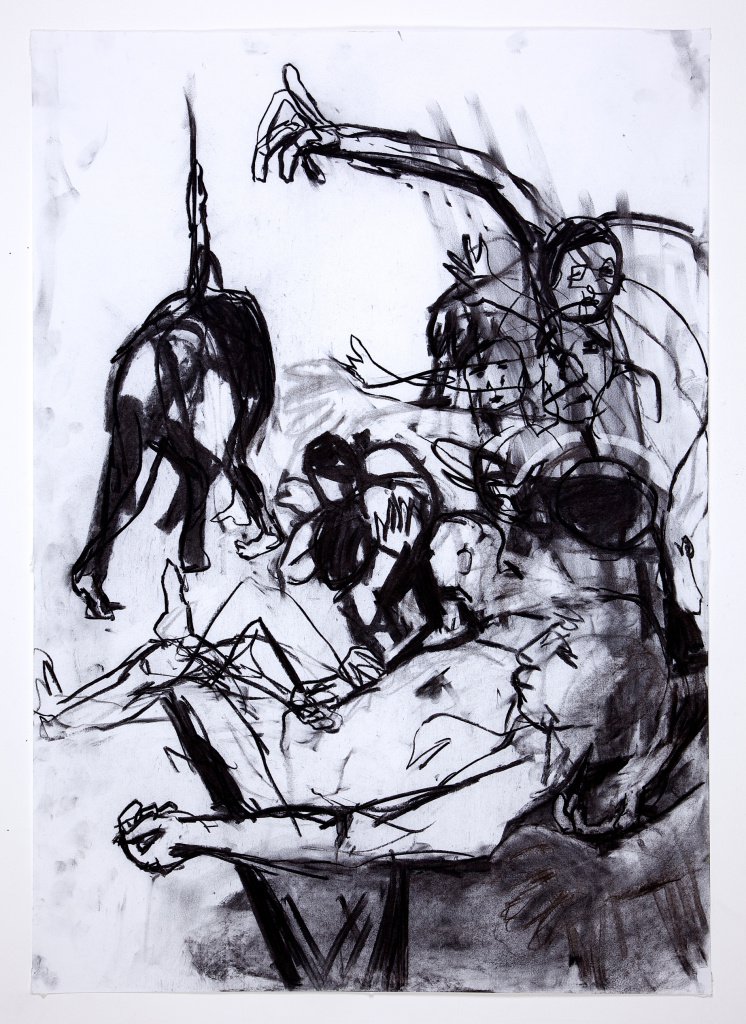 Even though I’ve left the School I still feel part of a large group of artists – both alumni and tutors from the School – with whom I can stay in touch, propose projects, meet up and discuss work with. As an alumnus of The Drawing Year I have also gained a great deal of teaching experience through The Drawing Clubs and the IIFA residency in Modinagar near Delhi, India. I already had teaching experience as an English language teacher but I’ve found that teaching drawing really inspires me and feeds my own artistic practice. 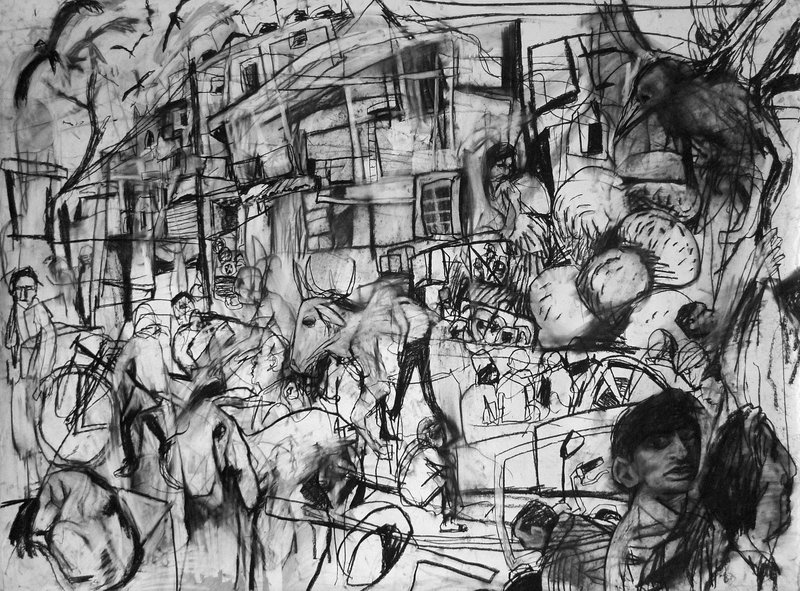 When I applied for the Sir Denis Mahon Award I was starting to paint from drawings made from observation and memory. I hoped that a sustained ten month period of developing this approach would allow me to familiarise myself further with oil paint and to observe, absorb and internalise my response to a chosen subject. 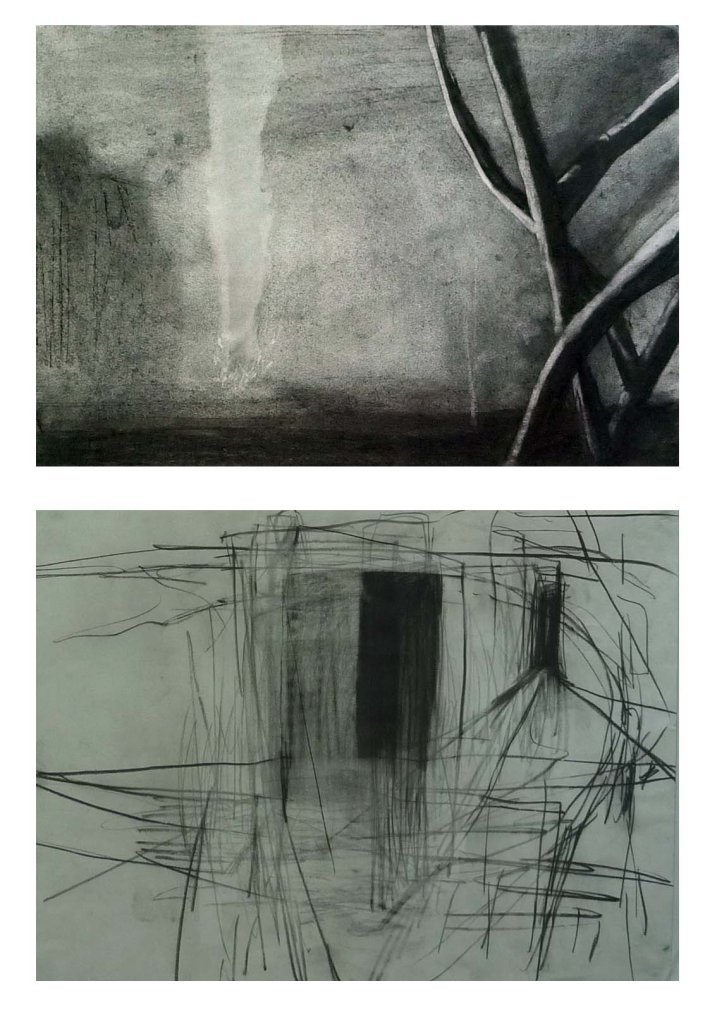 The first half of my award year was spent on an animation for the singer Mary Hampton, drawing from observation first in Ireland on a residency at Cill Rialaig, and then Suffolk at a friend’s home, trying to let go of the self-conscious need to make presentable finished drawings and actually do what I’d set out to do, which was make drawings as reference for painting. 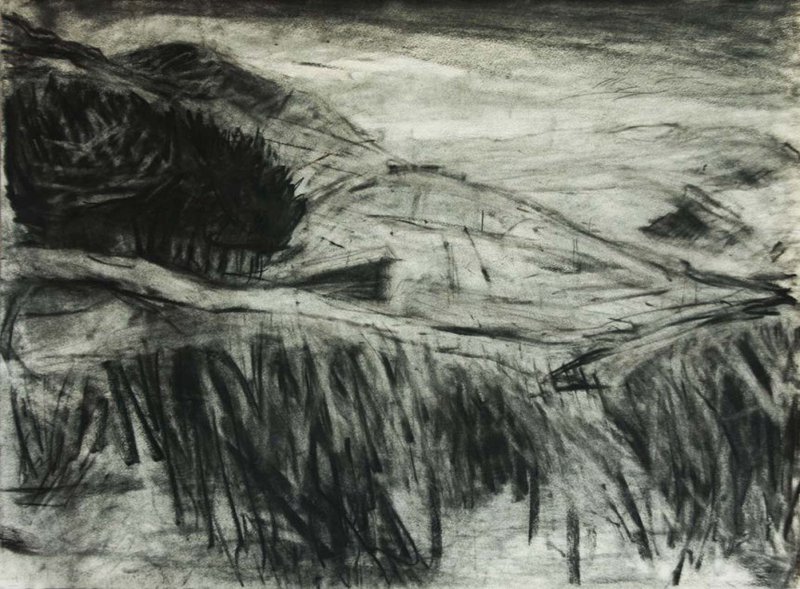 It took about six months before I settled on my dad as my main subject matter. Regularly drawing and painting him from observation became a very enjoyable way to spend time together. I found eventually that repeatedly drawing subject matter that I know and care about opened up the way to drawing from my imagination, which felt liberating and playful. Painting, I realised, is a much slower process, one that can take years rather than months to get to grips with. Successful results in my paintings occurred perhaps more accidentally than intentionally and usually within a few hours instead of the months spent on paintings that ultimately failed due to overworking. 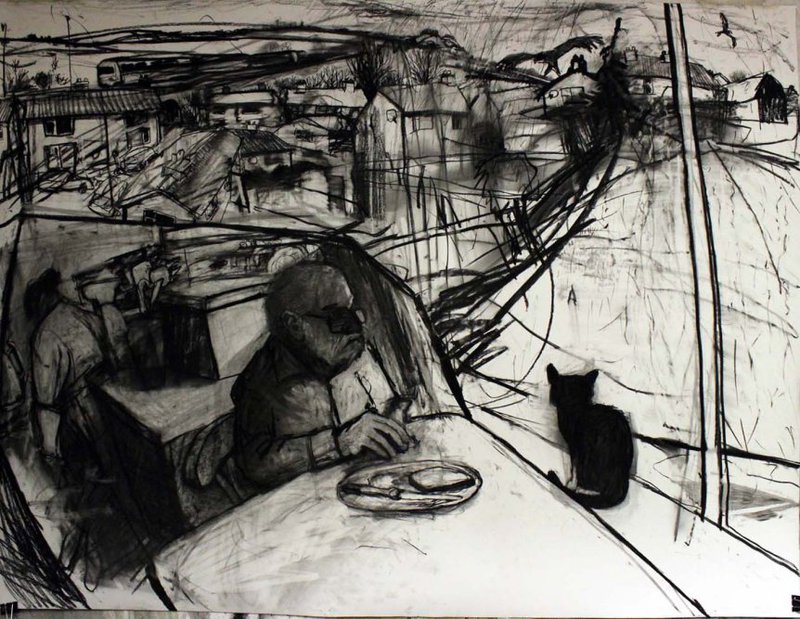 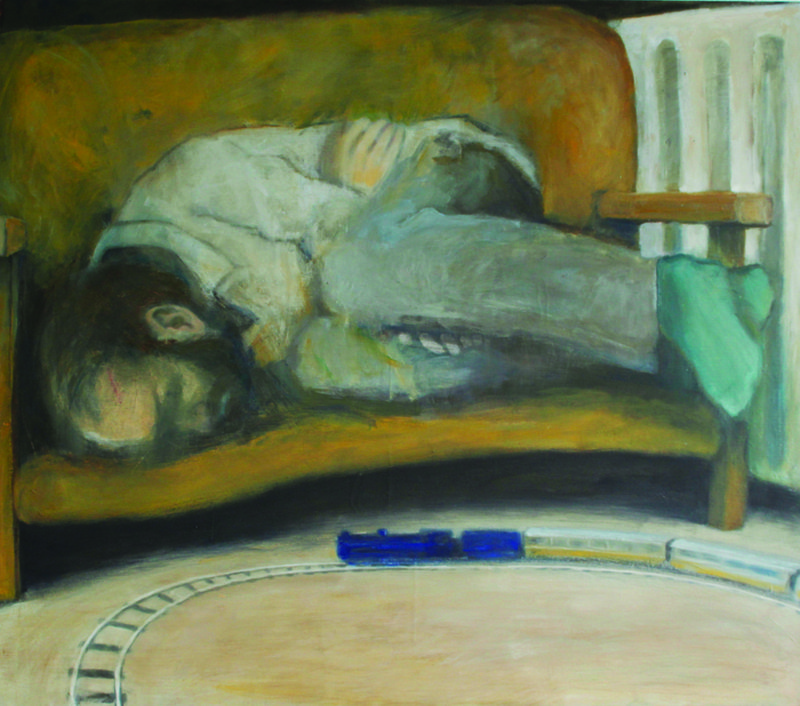 Winning the Sir Denis Mahon award gave me space, time and my own permission to treat drawing and painting as my principal daily occupation for ten months. The time has been fascinating and invaluable in allowing me to observe, confront and question my motivations for making work and the way in which I do so. It’s not only helped me develop my work but given me the confidence to apply for more residencies and grants in the future in order to take my work further.