All I wanted as a child was to go to a school ‘just for drawing’, and nothing much had changed at the age of 23, so I was ecstatic when I came across just that! I heard about The Drawing Year through Mark Cazalet, who teaches at the Royal Drawing School and also taught on my degree course at UWE Bristol. Following this we had a visit from an ambassador of the Royal Drawing School, and I instinctively felt it was the next direction for me.

After university I signed up for a public course called ‘Drawing London’s Different Faces’ at the Drawing School, to get an insight into what I could gain from The Drawing Year. I was fascinated when the tutor, Liza Dimbleby, spoke about how sound can affect mark making. The enthusiasm surrounding drawing outside, as well as the commitment and the friendships I gained, were all confirmation that I should apply.

Although both my degree and The Drawing Year had much in common, such as tutorials and lectures, The Drawing Year was much more centred on honing and training a particular skill. Here there were focused classes, a routine and an emphasis on observation and the practical processes in making an image.

I had almost always used drawing as a tool separate from the further work I was making, so struggled to use drawing beyond a founding process to spark off my thoughts, questions and ideas. At first it was hard to get used to the fact that I was not going to be working on concept-led projects, that I was really letting pure seeing come before my concept! I wanted to produce drawings that were ‘important’, ones that are saying something and not just documentation. It was hard to let go, but once I did I realised that through drawing I could find out more about myself and what I wanted to talk about in my work. 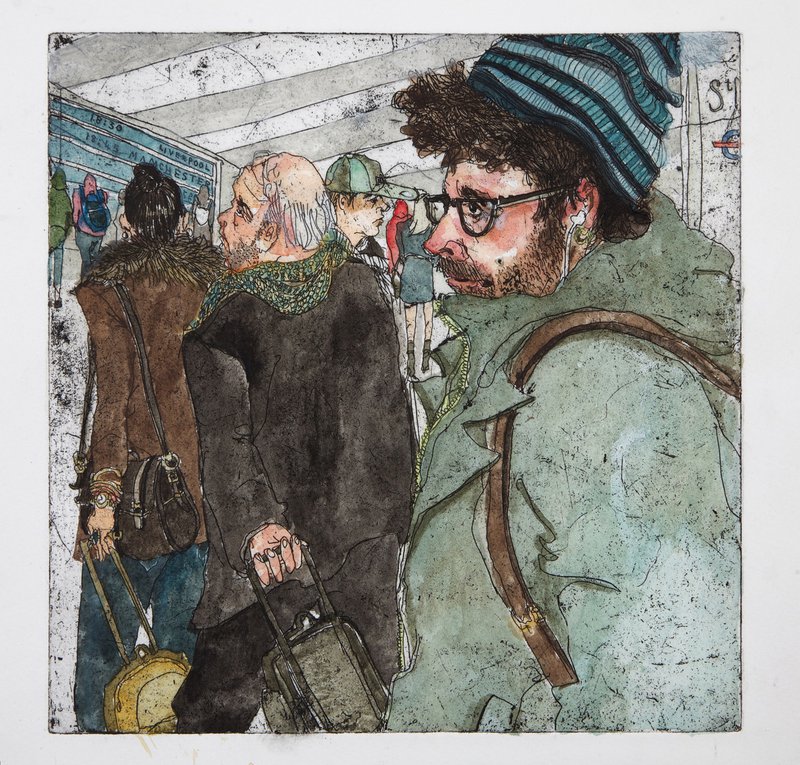 During a course named ‘Drawing the Everyday in the City and from Paintings in The National Gallery’ with Timothy Hyman and Paul Gopal-Chowdhury, I found myself immersed in drawing from Rembrandt’s painting ‘Balthazar’s Feast’ for five weeks. This was when I realised that I could combine my drawing and making practices, which is the foundation of the work I am making now – somewhere in between an installation, a painting and a drawing.

I think I was pulled in every direction emotionally during The Drawing Year! It is a whirlwind with good and bad days, the good leaving you with an epiphany and the bad leaving you feeling dishevelled. You are really re-training your eyes to see again, but as well as discovering your own vision and subject-matter, you also end up seeing through other students’ eyes and their subjects! That is something really special.

The intensity of the training in hand-eye co-ordination, the tutorials from established artists, and the influence of so many tutors covering so many aspects of drawing and seeing, meant that we could digest what information was relevant to us as individuals. Learning to trust and have faith in my own vision was the most valuable thing that I gained from the course, because that’s what enables you to continue as an artist after you leave.

Drawing so intensely has been beneficial in so many ways. The foundation for my paintings is now much more solid. You can tell when a drawing is not honest, and that shows under the paint. Now I can distinguish between the two. Drawing helps me to be more decisive and able to take risks in my work. Lastly I never give up – if a drawing isn’t working I will try and try again to make it a successful drawing. Those layers of struggle are often what gives my work character and strength, and I don’t want to hide that.

The School is been very supportive of its alumni, and I have felt so included since graduating in 2013, that it’s almost as if I never left! There are a huge range of opportunities made available to us, which really help with the transition out of the ‘bubble’ and back into the real world. 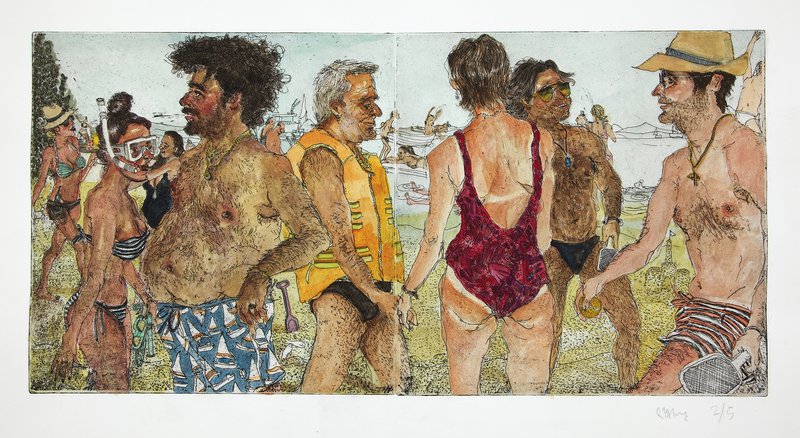 Learning to trust and have faith in my own vision was the most valuable thing that I gained from the course, because that’s what enables you to continue as an artist after you leave. Rebecca Harper Drawing Year 2013