Though I studied Sculpture and Environmental Art at undergraduate level my work and ideas had slowly begun to move towards painting. I had become dissatisfied with the formal languages I was using as a sculptor and felt that I needed to renew my approach both in generating and presenting my ideas.

Drawing had never been a central part of my work, but as I moved towards painting I quickly came up against the limitations that occur without a basic grounding in drawing. I applied to the Royal Drawing School with a sense that I needed to challenge myself to become clearer about my intentions as an artist and build a better foundation for bringing them into being. A year of intensive drawing seemed the best way to do this.

The course’s focus on working alongside other students in tutor-led situations, whether this be in the life rooms, in museums or outside around London, was new to me. Coupled with the intense nature of the year this meant that a sense of community quickly developed through the three terms. 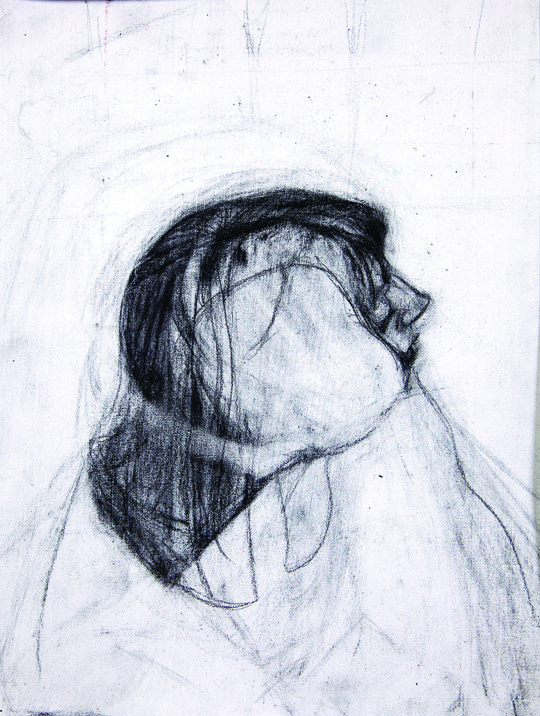 The Drawing Year encourages questioning of your own approach and motivations as an artist, not just for the duration of the course but as a guiding principle to take from it. To make the most of The Drawing Year I found I had to continually step outside any artistic comfort zone I may have developed. Though it was a little overwhelming at first, I’ve come to see the variety within the faculty and the differences between tutor approaches, as one of the School’s main strengths. It challenged me to form my own position more strongly and understand more fully different approaches to the figurative tradition and where I might be able to see my own work developing within it.

There were several moments during the year that really broadened my thinking about drawing, which in turn allowed me to make practical progress in the studio. Studying Giovanni Bellini’s ‘Assassination of St Peter, Martyr’ on the drawing in The National Gallery course was an important marker. Sustained drawing of this painting helped me better understand why I find it so fascinating and powerful. The way a precise formal language could be used to evoke contrasting, interlocking zones – spatial, temporal, aural, tactile and emotional – continues to help me reflect upon the possibilities of what a single image to communicate.

In the second term I gave a presentation on Van Gogh’s drawings to the year group. After the first term of taking on so much information, this process was important for me in beginning to develop a deeper subjectivity about the role and purpose of drawing; how it could be a language to develop both a sense of place and sense of self. It also prompted me to seek out drawings in The British Museum, a new experience and altogether different from viewing art either in exhibitions or books, and something that I continue to do. 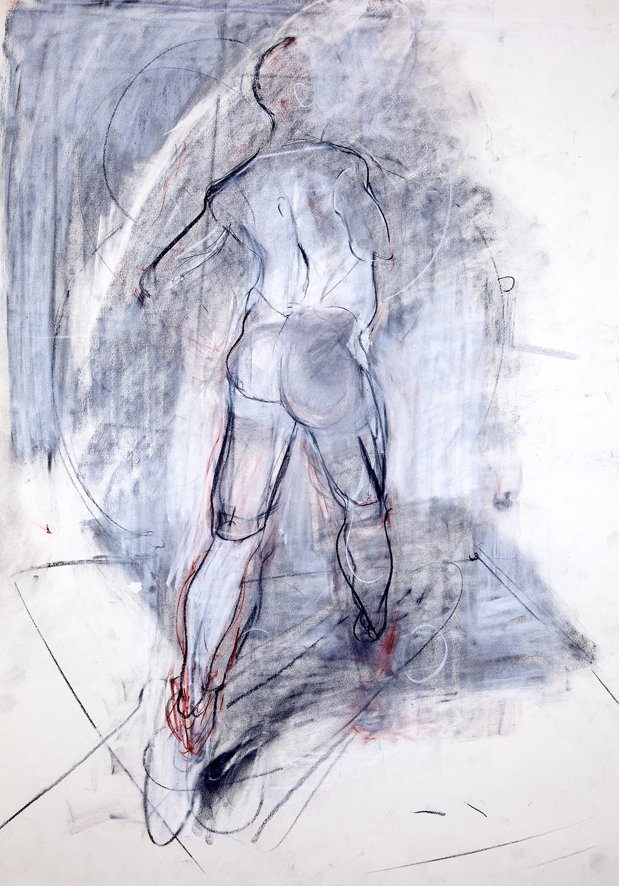 In the final term I took the Drawing the Graphic Novel course, in part because it seemed so far away from what I would have imagined myself doing when I applied to study at the School. Unexpectedly this class encouraged me to reevaluate my approach to generating and recording ideas and helped me retain a sense of imagination, identity and subject matter that at times I had lost within the life room context.

Since finishing The Drawing Year I’ve come to see it as fuel and foundation that continues to assert itself in my studio practice. Through focusing on drawing for a whole year I feel I have been able to return to other elements of my practice with more clarity and purpose. Studying at the School hasn’t displaced any of my prior interests, but it has allowed me to see and understand them in a wider historical context.

Sustained focus on drawing has helped me to develop a clearer language for recording ideas and experiences, but just as importantly a language for finding ideas, for arriving within an idea through drawing. It has given me a stronger formal and conceptual framework that has allowed me to begin to reconcile approaches and intentions in my work that had previously felt too contradictory.

After The Drawing Year I trained as a tutor with the Royal Drawing School’s Drawing Clubs which has been a great experience. Communicating ideas to others has encouraged a renewal of my own approach to drawing. There is something really valuable in working with younger students as it can help keep you in contact with your own original intentions as an artist whilst also questioning the validity of your own changing perspectives. Teaching has also allowed me see how educational work can fit positively alongside a more solitary studio practice, allowing a dialogue and sense of community that can sometimes be absent within day to day studio work. 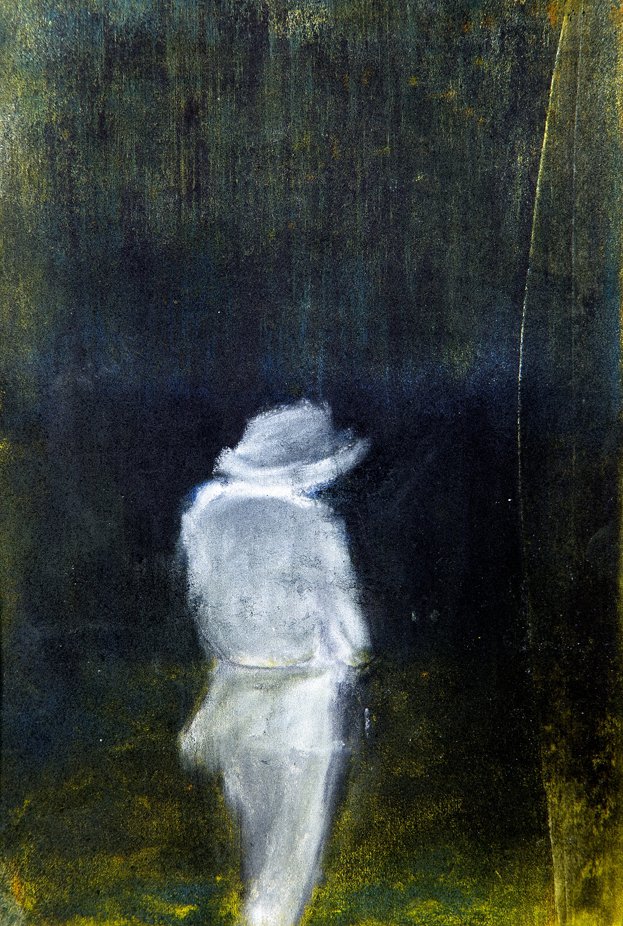 In 2012 I was also fortunate to receive the Sir Denis Mahon Award, a grant open to alumni of The Drawing Year. Receiving funding to develop new work has given me the opportunity to begin making work with renewed focus at a critical time in my development, allowing me to integrate the lessons of The Drawing Year into my studio practice more fully than I might otherwise have been able to.

Drawing has now has become a daily activity. The versatility and unpredictability of drawing in its different forms continues to lead my studio practice in ways I could not have foreseen before applying to The Drawing Year.

Sustained focus on drawing has helped me to develop a clearer language for recording ideas and experiences, but just as importantly a language for finding ideas, for arriving within an idea through drawing. Tom Sander Drawing Year 2011