Between art and poetry: Poet Ruth Padel and artist Issam Kourbaj in conversation with Claudia Tobin

Poet Ruth Padel and artist Issam Kourbaj talk with Claudia Tobin about creating their poetry-and-art installation Dark Water, Burning World in response to refugees fleeing the Syrian war, arriving on the Greek island of Lesbos. Ruth, writing poems and essays on migration, visited Lesbos in 2016, a year after Syrian landings there shocked the world, and more were arriving. From Lesbos, she phoned Issam saying, 'We must do something together to honour the refugees and islanders welcoming them.’ Issam was already making boats out of bicycle mudguards, inspired by three small model ships in the collection of the Fitzwilliam Museum, where they launched their first edition of their collaboration. Later they worked on it together, taking Ruth's poetry and Issam's boats to Refugee Week at the Victoria & Albert Museum, universities in New York, the Venice Biennale, Athens, and Lesbos itself. Part of it is now in the British Museum’s permanent collection. In January 2021 Neil MacGregor chose it as his 101st Object for his BBC History of the World In 100 Objects.

This conversation will take place a couple of days after the 10th anniversary of the Syrian uprising in March 2011. Issam is currently working on a drawing performance, to be streamed live on 15th March 2021 to mark the first decade of the ongoing Syrian crisis. Ruth's new edition of her migration book, We Are All from Somewhere Else, includes her poem for Dark Water, Burning World and an updated account of the current immigration crisis on Lesbos. 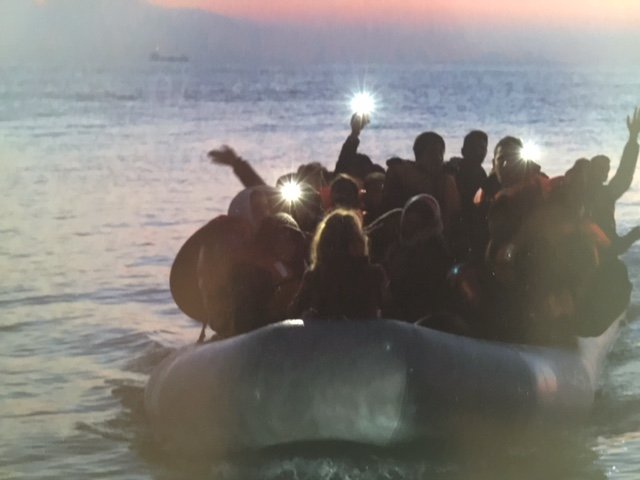 Ruth Padel is an award-winning poet based in London, but with close connections to Greece, especially Crete. She is Professor of Poetry at King’s College London and Fellow of the Royal Society of Literature. Her most recent publications are Beethoven Variations: Poems on a Life (Chatto) and We are all from somewhere else  (Vintage). 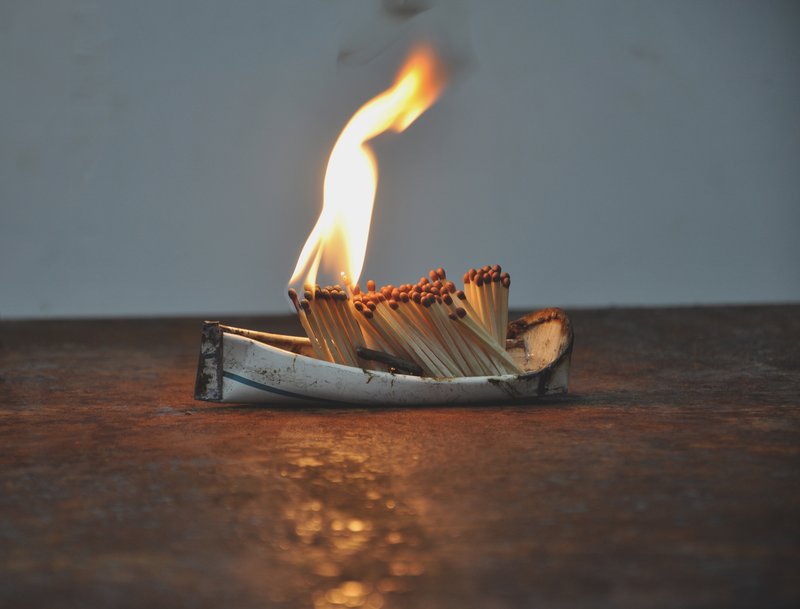 Issam Kourbaj is a Syrian-born, Cambridge-based artist who comes from a background in fine art, architecture and theatre design. He trained in Damascus, St Petersburg and London. Since 1990, he has lived and worked in Cambridge, where he has been an Artist in Residence and a Lector in Art at Christ’s College. Since 2011 his artwork has related to the Syrian Crisis and reflects on the suffering of his fellow Syrians and the destruction of his cultural heritage. Most recently his artwork was featured in several museums around the world: Fitzwilliam Museum, Classical Archaeology Museum, Kettle’s Yard in Cambridge, Penn Museum in Philadelphia, British Museum and V&A in London, Brooklyn Museum in NYC and the Venice Biennial. His Dark Water, Burning World is in the permanent collection of the British Museum, and was recently chosen as Object 101 in the British Museum’s BBC Radio4 documentary History of the World In 100 Objects.

Dr Claudia Tobin is a writer and curator. She held a Leverhulme Fellowship at University of Cambridge 2017-19 and is now a Senior Research Associate at Jesus College Cambridge and Visiting Fellow at UCL Institute of Advanced Studies. She recently co-curated Jerusalem in Exile: Artist’s Books by Kamal Boullata. She recently published Modernism and Still Life: Artists, Writers, Dancers (2020), and is co-editor of Ways of Drawing: Artists' Perspectives and Practices (Thames & Hudson, 2019).