Denzil Forrester is acclaimed for his large-scale paintings of London’s dub scene in the late seventies and eighties. They were made, and continue to be made, from fast drawings made in situ, in the half dark. His work is testament to the power of drawn lines to trap energy and space and transmit it, even decades later. Liza Dimbleby was taught by Denzil through the 1990s and they will talk about drawing and making paintings in different times and places. 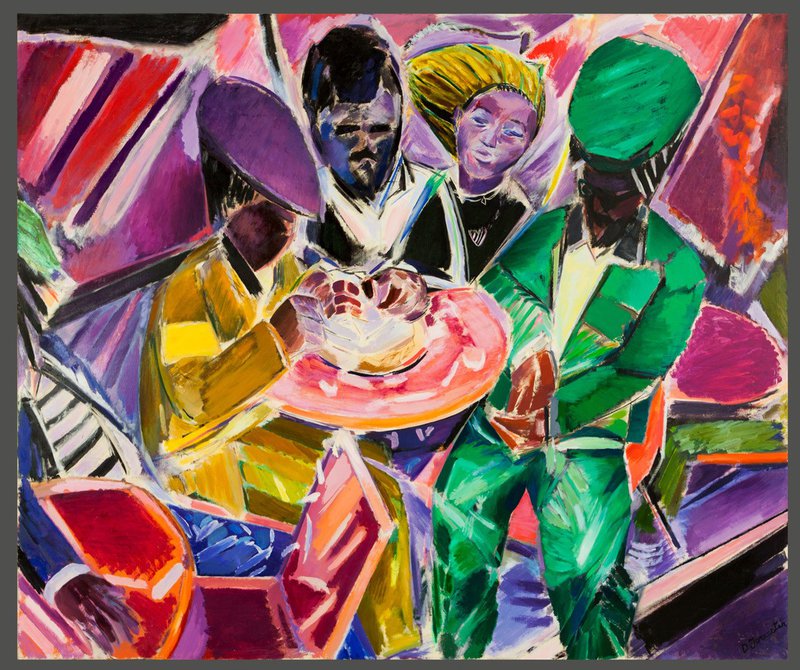 Denzil Forrester came to England from Grenada in 1967. He studied at Central and at the Royal College of Art and won a Rome Scholarship in 1983-1985 and a Harkness Fellowship in New York 1986-88. He taught in London for thirty years before moving to Cornwall where he lives now. He has had recent shows at Tramps, London, curated by Peter Doig (2016); Tate Britain (2017); White Columns, New York (2016 and 2019); Jackson Foundation, St Just (2018); and Stephen Friedman Gallery, London (2019). Last year he travelled to Jamaica to make live dancehall drawings, the subject of the film Denzil’s Dance, by Julian Henriques (2019). His current show Itchin’ and Scratchin’has just closed at Nottingham Contemporary, and opens at Spike Island, Bristol, on October 17th 2020. Denzil Forrester in Rome, a selection of five large-scale paintings and works on paper from the early ‘80s opens on 6 October 2020 at Stephen Friedman Gallery, London. His large scale mural Brixton Blue, a 2019 TFL commission, is viewable on site at Brixton Tube Station into 2021.

Liza Dimbleby is an artist and writer based in Glasgow. She teaches on The Drawing Year at The Royal Drawing School and has led drawing walks in Moscow, London, Paris and Novosibirsk. Her publications include I Live Here Now (Firework, 2008) and the essay for Andrew Cranston’s first book of paintings, Who Is This Who Is Coming (Aye-Aye Books, 2015). She is a weekly contributor to The Crown Letter, an international art project initiated in lockdown.  http://crownproject.art/liza-dimbleby/