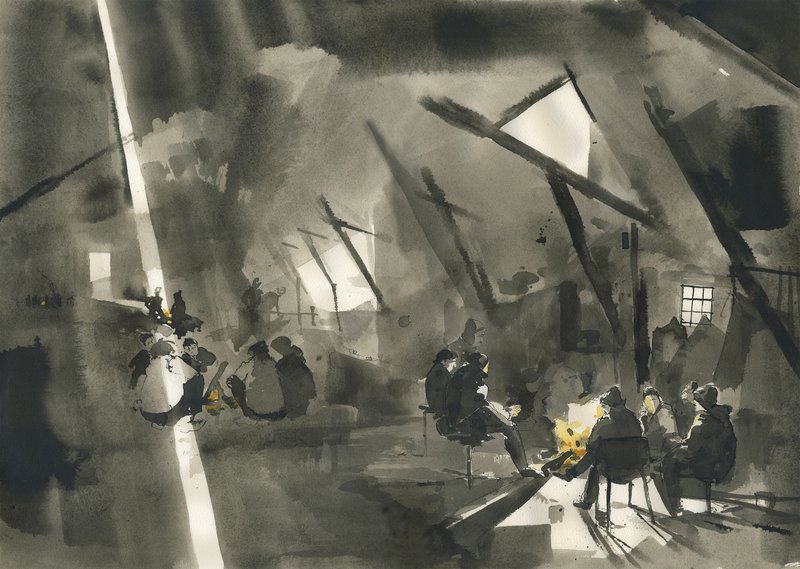 'Warehouse' from the series: 'Stuck in Belgrade' © George Butler / Courtesy of the artist

Award-winning reportage artist George Butler is an unexpected sight with his pen in one hand and pot of ink and paper in the other, drawing on the front lines of conflict whilst bombs are often falling nearby and people are hurrying in the other direction.

The 35 year-old, London-based artist’s work has taken him all over the world including places as far away as Afghanistan, Myanmar, Syria and Tajikistan. He has escaped an attempted kidnapping in Mali, witnessed precision shelling just behind the lines in Iraq, recorded operations in a leprosy hospital in Nepal and drawn people trying to rebuild their lives in Mosul. His work has taken him to refugee camps in Serbia where young men from Pakistan and Afghanistan huddled around fires to keep warm.

‘We live in an increasingly interconnected world but more so than ever run the risk of having a far shallower understanding of the other people in it. Drawing allows time, the time to consider other stories.’ 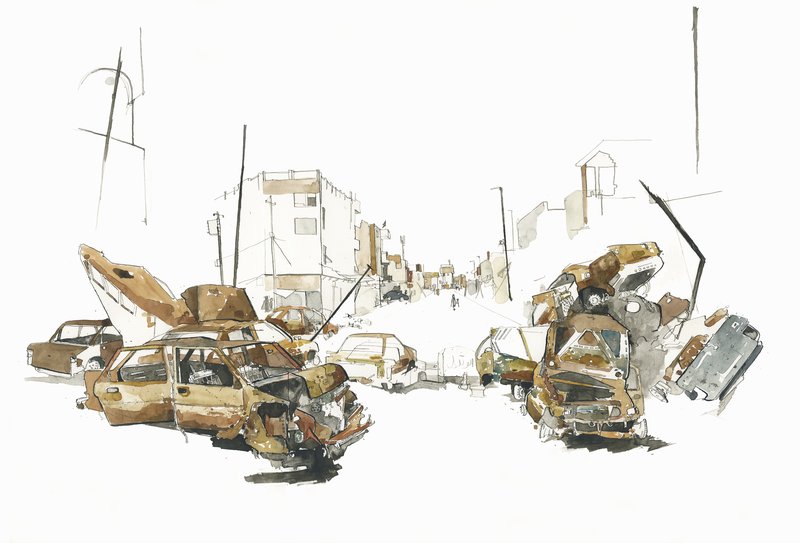 'Rubble Street' from the series: Liberation of Mosul, April 2017 © George Butler / Courtesy of the artist

In this conversation with Harry Parker, George will describe the process of drawing on location, the interaction and the interpretation of the scene.  Through the drawings and his recent book he will introduce us to the characters he has met, the truths he discovered through drawing and how art connected him to situations that he would have otherwise never have known, and, in turn connected his audiences at The Times, the V&A, the Guardian and the BBC to the individuals he has met.

Harry Parker grew up in Wiltshire and completed a Foundation Degree at Falmouth College of Art before going on to study History of Art at University College London, where he focussed on post-1945 abstract expressionism. Harry joined the British Army when he was 23 and served in Iraq in 2007 and Afghanistan in 2009, before going on to work as a civil servant. He now works as a painter and writer, his first novel Anatomy of a Soldier (2016) is published by Faber and Faber.