From his time as a student at the School of the Art Institute of Chicago to his death in 2009, drawing was the foundation of the painting of the American artist, Leon Golub (1922-2004). Drawing was his method of mediation between his extensive photographic archive and the canvas, a process of transcribing  the features and posture of the figures inhabiting his large-scale compositions. Working from as many as twenty images for each figure, Golub’s ‘expressive realism’ captured awkward, fragmentary moments of violent confrontation and psychological interaction that characterised his visual narratives. “I think of the work as History Painting, and I think of History Painting as being public. But its ambiguously public because its modern History Painting.”

We will discuss these aspects of his art and what Golub meant by his intention to ‘get at the real’, and the intimate and complex relations between his practice and that of his life-long studio companion and wife, the artist Nancy Spero. 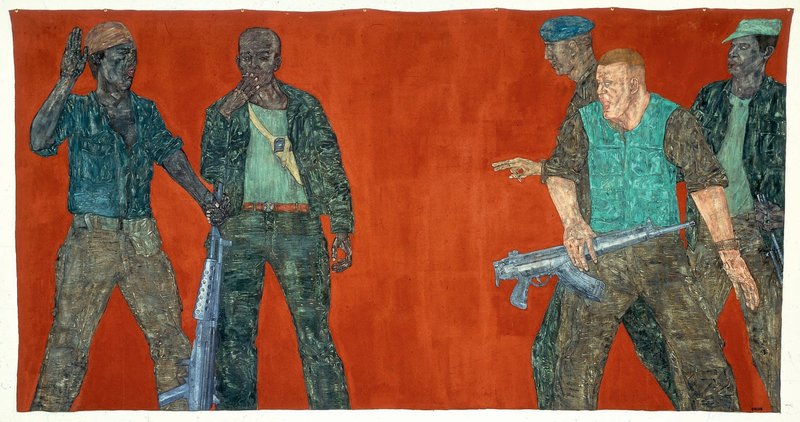 Jon Bird is Emeritus Professor of Art and Critical Theory at Middlesex University. An alumnus of the RDS (2006-07), he is an artist, writer and curator. The author of books and articles on Leon Golub and Nancy Spero, he has curated three Golub Retrospectives: in Dublin and New York (2000); Reina Sofia, Madrid (2011) and the Met Breuer, New York (2018), and ‘Leon Golub Powerplay: The Political Portraits’ at the National Portrait Gallery, London (2016). His two critical monographs on Golub are Leon Golub: Echoes of the Real (revised 2011) and Leon Golub Powerplay: The Political Portraits (2016).

Timothy Hyman trained at The Slade and was elected a Royal Academician (Painting) in 2011, and he is a founding teacher at the Royal Drawing School. As well as ten London solo exhibitions, he has exhibited widely and his work is in many public collections. He is the author of Bonnard (1998), Sienese Painting (2003), and The World New Made (2016). He curated ‘Narrative Paintings’ (ICA touring), Carnilavesque (Hayward touring) and the ‘Stanley Spencer’ retrospective (Tate Britain). His long engagement with contemporary Indian painters includes the monograph Bhupen Khakhar.