Kathryn Maple (Drawing Year 2013) has been awarded First Prize in the John Moores Painting Prize 2020, for her painting The Common, which is among 67 paintings on display at the Walker Art Gallery until 27 June. The gallery is closed but there is an online tour of the show on its website, and after the exhibition closes Kathryn's painting will enter the permanent collection of the Walker Art Gallery. Alumni Rebecca Harper, Mary Millner and Harry Whitelock have also been selected and their paintings are included in the exhibition. 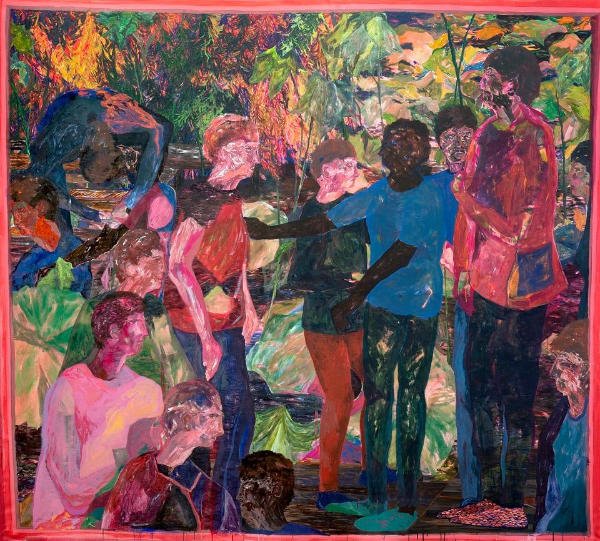 As winner of the prize Kathryn follows in the footsteps of artists such as Patrick Heron (1959), David Hockney (1967), Peter Doig (1993), and Rose Wylie (2014). Judges said the work struck a particular chord because it showed people doing what, at the moment amid Covid restrictions, they cannot. “The painting resonates with movement and communality and embodies the deeply social nature of humans,” said Michelle Williams Gamaker, one of the judges. “It fills me with hope and longing to be part of this form of connection again.”

Shortlisted for the same exhibition in 2018, Kathryn painted 'The Common' before anyone knew what lockdowns would mean, spending six months on the painting in 2019. The painting is based on two worlds – Ueno Park in Tokyo, a verdant oasis of calm away from the city, and the people she sees near her home in London. She describes the painting as a “meeting place, an intersection, people seemingly aware of each other, but minds elsewhere, all sharing an open space”. 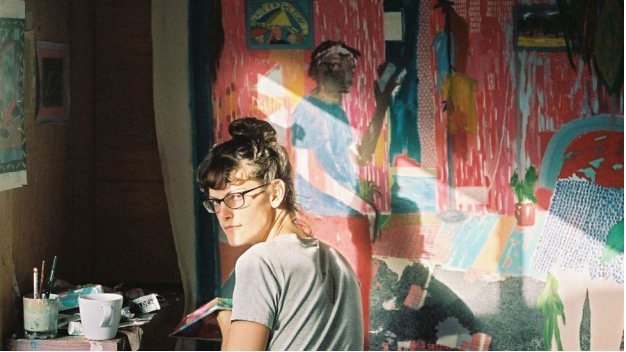 Winning the £25,000 first prize felt unreal, she said. “I don’t know when it will sink in. . . I’m buzzing around all over the place! It's the best possible news ever, this is probably the biggest week of my life! My studio is not very big at all and I had to stretch the painting at a friend’s studio because I wouldn’t have got it through the door. Maybe with this prize I can think about getting a bigger space.”

Reflecting on the starting point for 'The Common' Kathryn says, "I had arrived at a bit of an in-between point with painting, working mostly from memory, the subjects emerging through colours and shapes. I found myself needing to look again and draw from life." 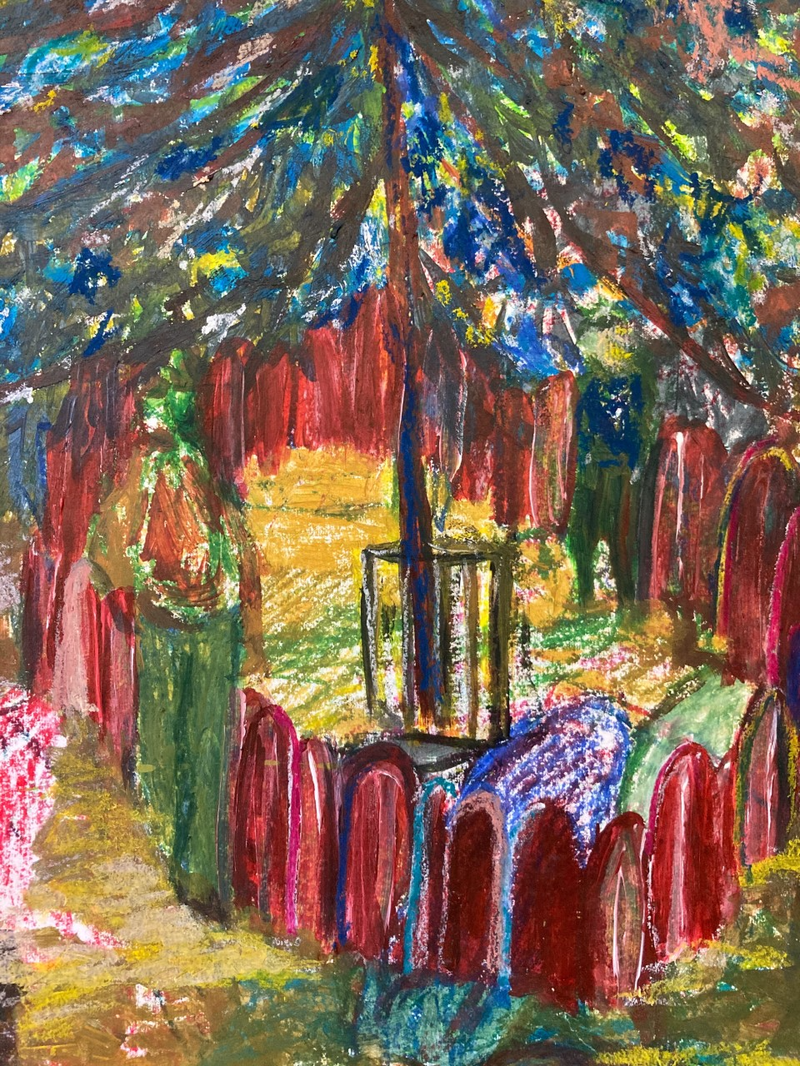 "I had just returned from a short research trip to Japan in 2018 and had been trying to find a way to connect what I had seen to canvas. I wanted to make work from Ueno Park in Tokyo, which had provided a resting space, contrasting with the pace and noises of the city. Shinobazu Pond within Ueno Park was bursting with leaves and tall stems which provided a stage set for figures to participate. Needing to bring in a sense of immediacy through observation, I began making small pastel drawings and collages of people in Hilly Fields and Ladywell Park close to where I live in South London, hoping to bring together two very difference places." Click here to view Kathryn's preparatory drawings for 'The Common', and you can hear Kathryn talk about her work in a short film  (20 mins).