In the studio with Mark Cazalet and Sarah Pickstone

Mark Cazalet and Sarah Pickstone give us a glimpse into their studios and reflect on their artistic practice in lockdown, the challenges of working with limited materials and the new subjects they’ve found. 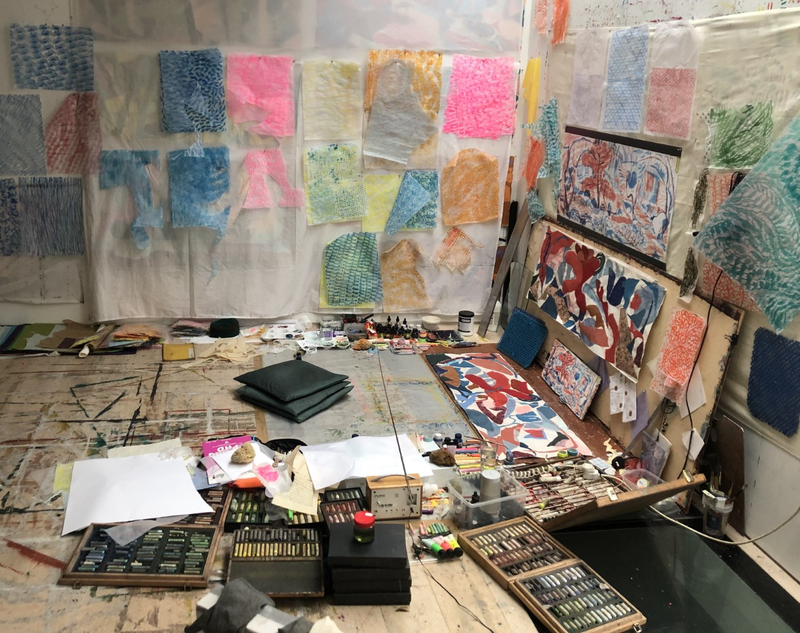 Mark Cazalet is a contemporary British artist based in London. He was born in 1964, trained at Chelsea and Falmouth School of Art, after which he held two post graduate scholarships at L’Ecole des Beaux Arts in Paris and at M.S. University Baroda in India. The influence of these contrasting locations and his tutors Christian Boltanski and Prof Gulam Mohamed Sheikh produced a profound impression on his process of making and creative thinking.

Since returning from India in 1990 he has employed a variety of media in his own projects, ecclesiastical commissions, and working with communities. Recent projects have included Silent Colour Meditation at St Edmundsbury Cathedral; 153 heads painted in thirty minute sessions. There have been a large number of ecclesiastical commissions in glass, painting and tapestry. He produced an illustrated book of Thomas Hardy’s late poetry with The Old Stile Press, and is currently producing images for a book with The London HIV + Chaplaincy. He recorded derelict buildings in Doha, and many cycles of meditative woodland colour pastel drawings set in Suffok, Provence and Tuscany. In 2012 and 2013 he was artist in residence at The Josef and Anni Albers Foundation in Connecticut. He particularly enjoys the interaction that his teaching brings at the Royal drawing School, UWE and The Edward James Foundation West Dean. 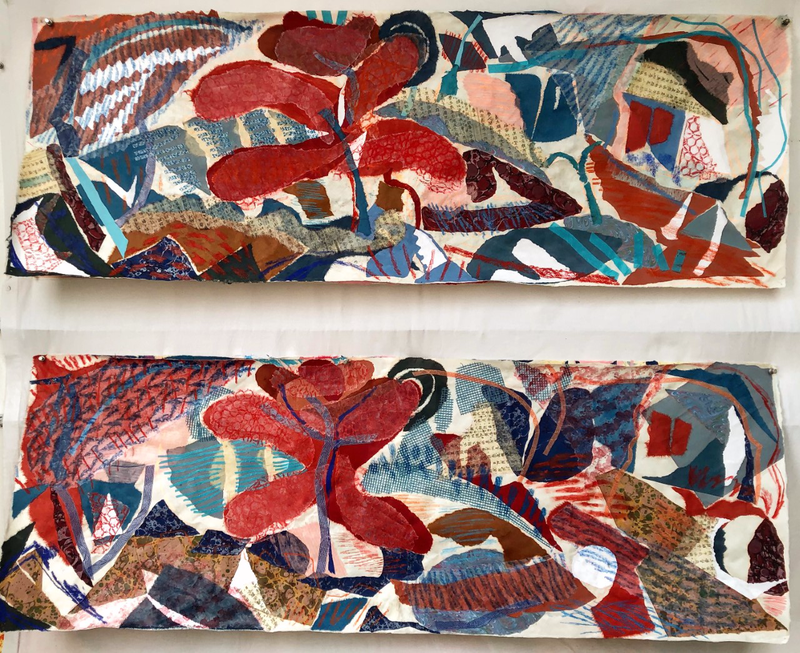 Travel has always played an important role in forcing him to experiment and make intuitive leaps under the twin pressures of scrutiny and limited time. In October 2019 he spent a month in Kyoto making direct drawings from the Zen Gardens and bath houses of the city. 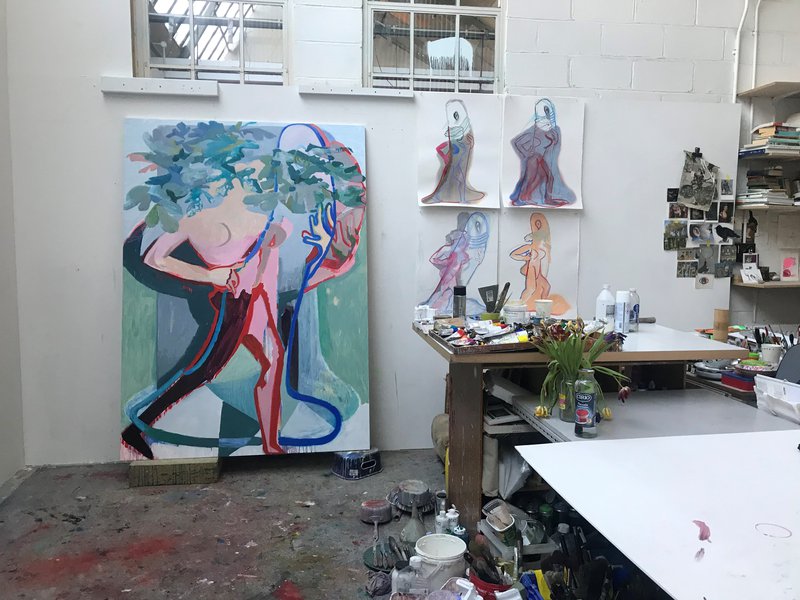 Sarah Pickstone works from her studio at Cubitt in Central London. Recent work includes An Allegory of Painting, a large- scale painting installation for the Royal Academy of Art, London, to celebrate the life of RA founder member Angelica Kauffman. In 2012 she won the John Moores Painting Prize and was a runner up for the prize in 2004. Sarah studied at the Royal Academy Schools and the University of Newcastle Upon Tyne. She won the Rome prize for painting in 1991, spending a year at the British School at Rome, which made a big impact on her practice. Southwark Park Galleries held a solo exhibition of Sarah’s work called Other Stories in 2017. In 2014 Daunt Books published Park Notes, a book of Sarah’s painting and an anthology of collected writing. This publication followed The Writers Series, an exhibition in 2013 at the New Art Centre.  Sarah has shown internationally, most recently in Shanghai, Seoul, Basel and Italy. Sarah considers teaching to be an important part of her practice.

'An Allegory of Painting' prior to installation at the Royal Academy