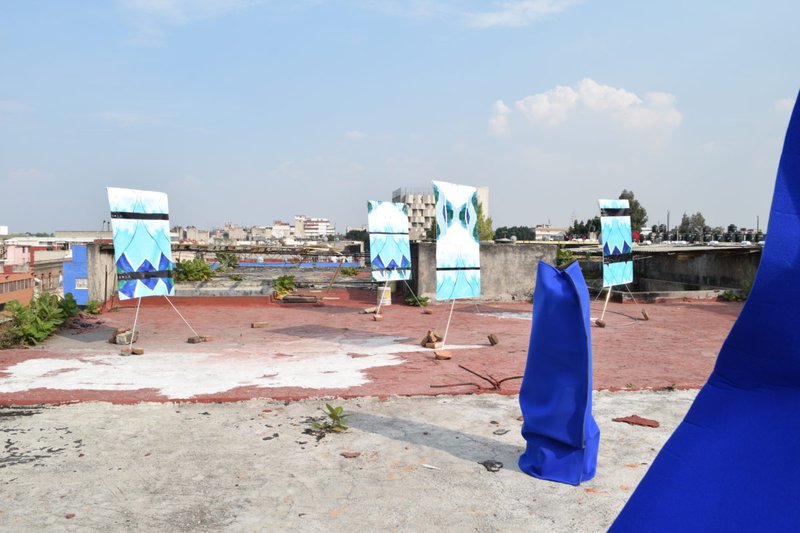 I have been living in Mexico City for four years. I am very attached to the neighbourhood where I live. It is beautiful and old and has character and community. My studio is in an apartment which friends (and owners of gallery Casa Equis) rent out as artists’ studios. It overlooks the contemporary art gallery Museo del Chopo, which is a bizarrely futuristic building from 1905 that looks like a cross between a factory and an art nouveau cathedral.

I would say my work in some ways rejects a ‘sense of place’. I deal with disembodied elements and weightlessness. I find this a way to respond to the globalised flow of images and information that we live in now. I think this also reflects my own personal history. I grew up in the Exmoor countryside but in a household with computer games and the burgeoning internet. I have lived in London, Japan, America, Germany and Mexico.  Having said that, I am absolutely influenced by the place where I live. Moving to Mexico precipitated the maturation of my practice. In the strangest way it felt like coming home. 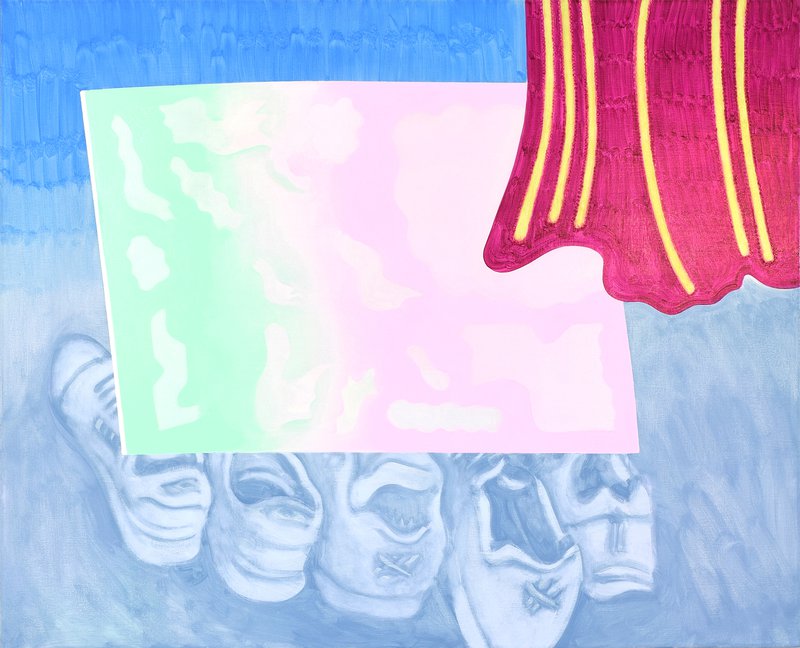 The art scene is youthful, welcoming and energetic with a strong DIY culture. Mexico is a place of wildly pronounced contrasts, both in people’s ways of life and also in the visual landscape. Tradition butting up against multinationals. The city centre for example has all these exposed strata of history and aesthetics that are overwhelming and chaotic but absolutely alive. There are Aztec statues carved from black volcanic rock, cannibalised into 16th century Spanish colonial buildings, now listing drunkenly on the sinking ancient lakebed and occupied by fin de siècle art nouveau cafes and mid-twentieth century family business specialising in anything from mariachi uniforms to repairing old cameras. All of which is overlaid with multinational brands, a modern transport network and skyscrapers, and the improvised architecture of the informal economy of hawkers, shoe shiners and street food stands rigged up on the pavements each morning with their plastic stools and roofs of tarpaulin and rope. I don’t like to excoticise Mexico, but I hope this gives a small sense of the richness I find there, and in particular the hybridisation of opposing elements that is important in my creative practice. 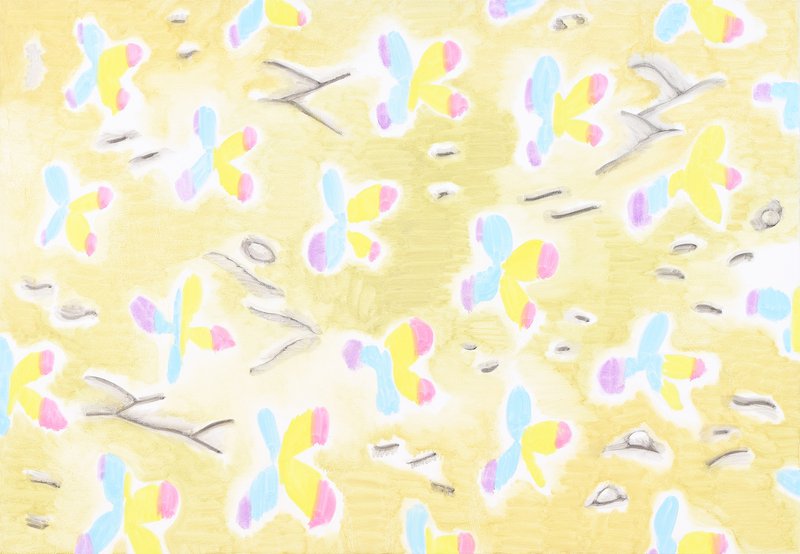 In the last couple of years I have been making paintings and ‘flatpack’ sculptures that play with 2.5-dimensional space between the flat and the 3-dimensional. I am interested in mass culture, ecological anxiety and the collapsed space between the artificial and the natural. When I first came to Mexico I responded directly to what I found there, although recently I am turning that lens back on my own culture more and more, with the benefit of distance.

I draw from objects I collect, such a glass dolphin I recently bought off eBay. I also sometimes make maquettes and draw from these. They bring things like form and texture into focus when I need that specificity in a piece. But more often nowadays I draw from photographs and screenshots and other ‘pre-flattened’ images. I like to deal with images that have been culturally predigested in some way. I don’t have the same kind of ‘flaneur’ sketchbook practice that I had in London. It was an important practice in my development and in some ways I miss it, but now I am in a different moment of my life. The flaneur now is armed with her smartphone camera and google image search, I think. 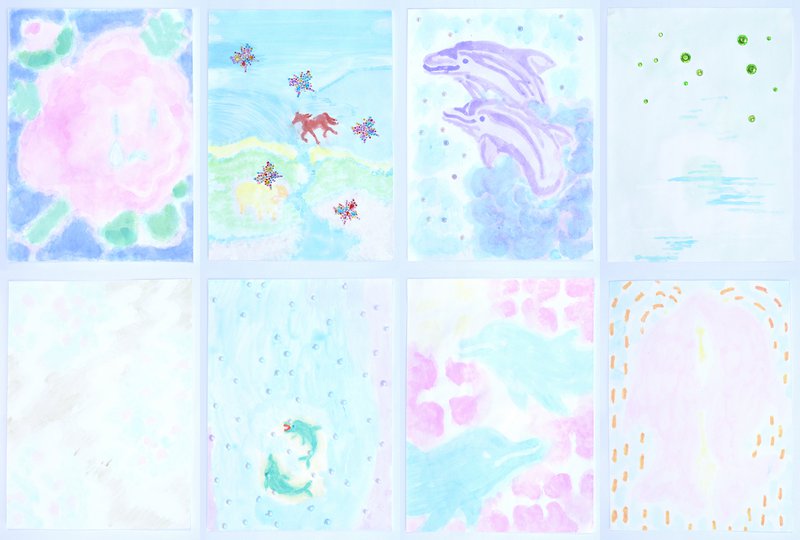 When the lockdown began I had to decide quickly where to be as it looked like travel might become impossible. I dropped everything and got a flight and have been isolating with family in Exmoor. A planned exhibition at Chalton Gallery in London in June had to be called off. Instead we did a street-facing poster campaign of enlarged drawings as a public art piece. This actually became an interesting distanced collaboration and creative process and it helped me to reconnect with the role of art for my own soul and in society.

While I have left everything on hold in Mexico I know I am very lucky to have that option. I have been in the privileged situation of being able to go for long walks in the hills. The isolation here was suffocating as a teenager but it has finally come into its own! The experience of making a kind of peace with my roots has been powerful and I have been making watercolours responding to the landscape and aesthetics of my childhood. I have felt drawn to simple materials and comforting images.

For the last 7 years I have lived in a neighbourhood called Solano Canyon in Los Angeles, CA – it’s on the east side, between Echo Park and Downtown. My studio is nearby – in a dusty old building in Chinatown, about a 15 minute walk (or 5 minute drive!) from my house 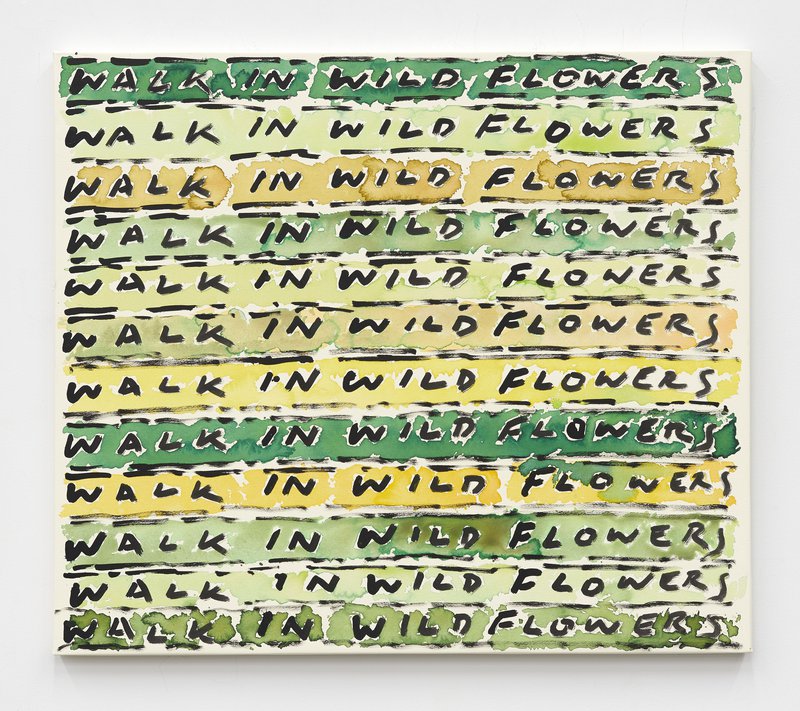 My works looks like they were made in Los Angeles – they’re bright, clean, and the light is different. The place in which you live effects your mood, your temperament, your style, your pace of life etcetera. At the risk of sounding hyperbolic I honestly just view my ‘artistic practice’ as another daily activity that’s entwined inseparably from the rest of my life; therefor the work I make shifts and changes as I do. 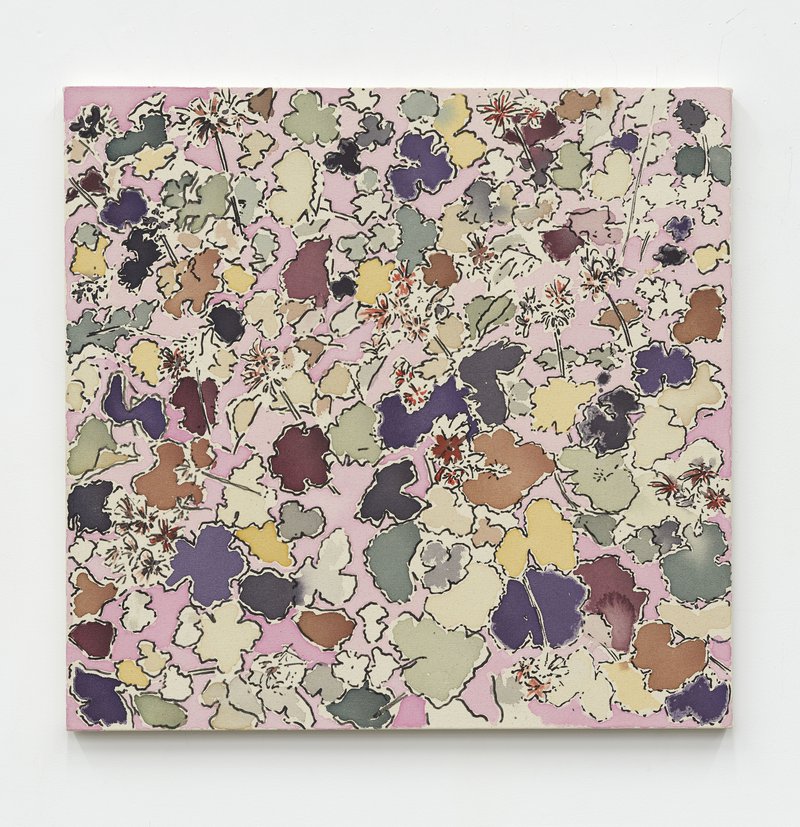 2020 has been brutal and unrelenting – we’re all still reeling to be honest and I expect we will be feeling the effects of the pandemic deeply in ways that are yet unfathomable. The recent work has mostly been made in private moments – at home, in the evening with my newborn son, or whilst walking for an hour at lunchtime. All is made from observation – be it a one-to-one visual engagement with a thing in the world or an observed thought or phrase, lodged in my head, acknowledged and repeated before making its rhythm visible as text on a page. With subject matter drawn from everyday observations, these images of plants, trees, fabric patterns etc. all act as evidence: of gathering and observing one’s thoughts and feelings, of slowing down and observing how to draw upon the slight and overlooked. This constant, intimate, diaristic activity is turned public during exhibition, bringing with it all the anxieties and embarrassments of sharing private thoughts and feelings. 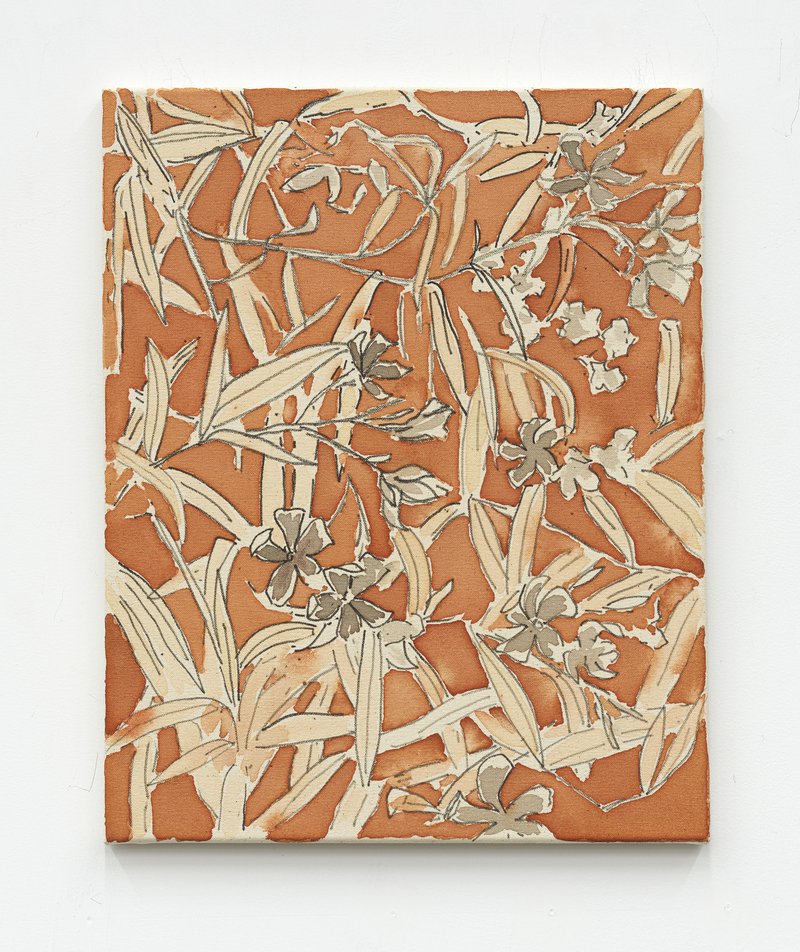 I’m trying to retain hope for the future, which in these times is often difficult. I’m continuing to make work and trying to figure my way through the moment – I’ll be making some prints soon I think and hope to donate the proceeds to the Equal Justice Initiative.